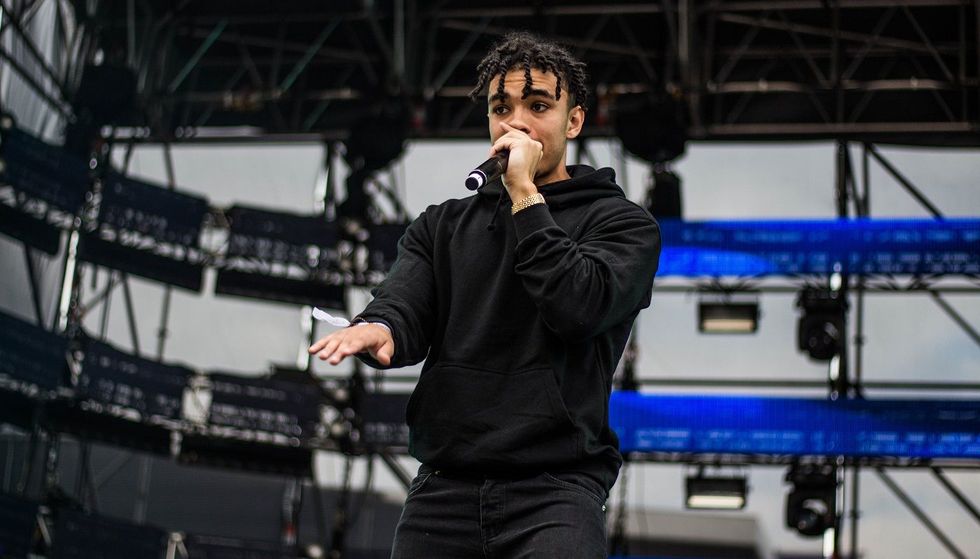 From Shane Eagle and Reason's socially conscious “Julia" and “The Meters," to street anthems like Cassper Nyovest's “Nyuku," impressive storytelling by Kanyi on “Ngqangqa," and everything in between, it's been a great year of beats and rhymes already.

As we go into the second half of the year, here are 10 of our favorite rap songs of 2017 so far. In no particular order.

“Julia" sees the promising lyricist spit some reality raps over warm pads and a head-bobbing rhythm. He raps so effortlessly, about the realities of being an everyday South African (i.e. black): “I try to picture my life if I wasn't a rapper from start/ Maybe college, run and get myself a lil diploma/ I know niggas that have got it they still chilling on the corner."

After a few attempts in the past, the duo B3nchmarq dropped what is easily their best single to date. “Wayase," which features Nigerian rapper Ice Prince, is hard to fault—the beat sounds like something J.U.S.T.I.C.E League would pass on to Rick Ross. But the bouncy rhythm gives it a unique feel. It's one of those songs that are a fit for both a Saturday night and a Sunday morning.

AKA & Anatii “Don't Forget To Pray"

AKA and Anatii's second single to their upcoming joint album is a gem. After a lot of singing and very little rapping on AKA's previous singles, he spits cold bars on “Don't Forget To Pray." Anatii also surprises everyone with an impressive Xhosa verse. “Don't Forget To Pray" ticks all the boxes for a great rap song: great production, catchy hook, and even greater verses.

“Nyuku" is the grimiest and, arguably, the best song on the rapper's third album Thuto. A kick that will leave fractures on your eardrums and an equally aggressive bassline, form the perfect backdrop for Nyovest to drop some battle-ready scripts, rapped in a good mixture of English and SeTswana. His delivery is solid, and he keeps the punchlines, similes and metaphors coming. Probably the most street-centric song of the year.

Zooccie Coke Dope's hook game is mean. On Big Star Johnson's single, “Just To Flex," he flexes with another hook for the books. It's catchy, with a well-structured bridge and his production is potent too—piano keys and a healthy bass line which Big Star flexes over. His combination of rapping and singing makes a lot of sense on this song. There are bars (“Hot nigga saucing off that peri-peri/ Put so many black women in my videos I feel like Tyler Perry") are there for the hip-hop head, and the melodies give the song a wider appeal, which is probably his aim.

Reason stays repping for lyricists in the mainstream. On “The Meters," which is a soundtrack to the apartheid movie Kalushi, he talks about the remnants of apartheid in South Africa. His entry point is land reform, but he also touches on the economy which excludes black people. The production trio The Boyz Upstairs gave the rapper an energetic instrumental, and the result is a song that represents a majority of young black South Africans–opinionated, smart and also willing to turn up while, as the adage goes, craving land.

When A-Reece left the label Ambitiouz Ent. earlier this year he released “Loyal," which wasn't even mastered. But he was so sincere and technically correct, it's one of the most impressive rap efforts of the year with impressive lines like “Either the rich man nurtures your talent or he exploits it/ Unfortunately the latter cannot be avoided." He exposed the label's evil in a skillful manner over a moody key-heavy instrumental. Even though the recording quality isn't impressive, the song is still a gem.

Solo is one of the best doing it right now. On the single, “Napa Valley," the rapper laces a high-tempo rhythm and perennial bass line with his high precision delivery, double entendres, as per Solo fashion. If you don't catch the lyrics, then the man's command of his flow will leave you thoroughly impressed.

Kanyi is an impressive storyteller. If you are educated enough to understand Xhosa, you'll definitely agree. On her latest single “Ngqangqa," she tells the story of a young woman by the name Ngqangqa, who lives a life of crime, and faces the consequences. The rapper's tongue-twisting wordplay and whisper delivery sits well over impressive production by Swedish producer Ted Krotkiewski—a rubbery bass line, some 808s and eerie pads and some robust drums.