This Little Kid Dancing to Angolan Beats Will Make Your Week 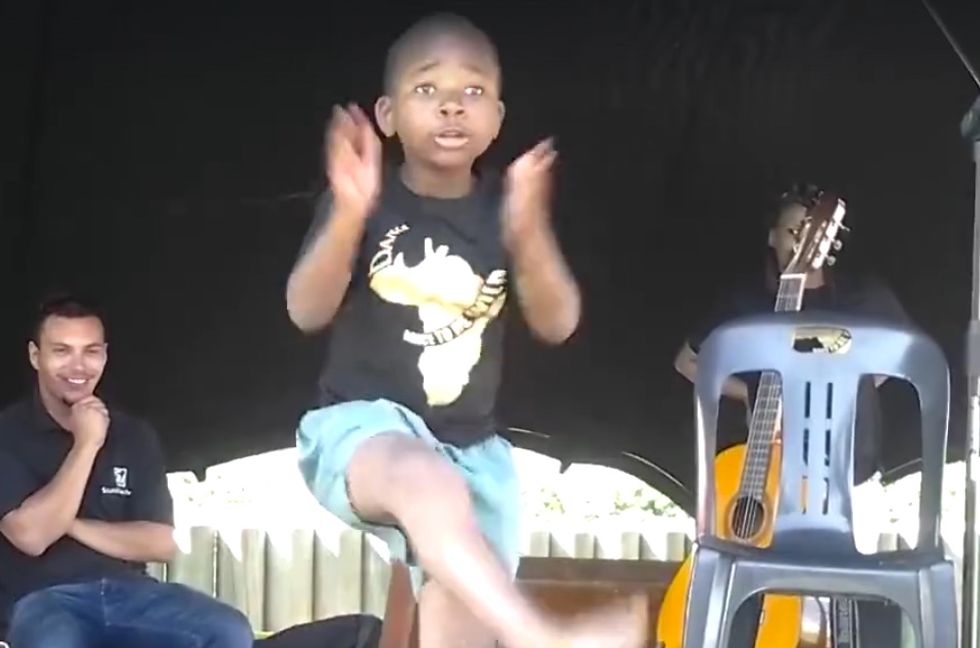 Remember DJ Arch Jnr? The three-year-old DJ star from South Africa. Turns out Arch Jnr isn’t the only southern African musical prodigy. In footage that surfaced earlier this month, a tiny dancer is seen busting some moves to Angolan beats. His video debut has been viewed over half-a-million times.

But unlike Arch Jnr, the young dancer’s identity remains unknown.

“I wondered if he was South African because the dance style is so much like ours” says Johannesburg-based journalist Lerato Mbangeni.

The original video was sent to Ramas from a friend. Ramas had trouble hearing the music, and so he reuploaded the video with a song by Angolan musician Preto Show. When he shared it to his Facebook page a few weeks back he certainly wasn’t expecting the clip to go viral. Although he says the content speaks for itself.

And who exactly is the boy? We’re still trying to get to the bottom of this mystery dancer. Tweet us if you have any leads.