The Best South African Music of The Month 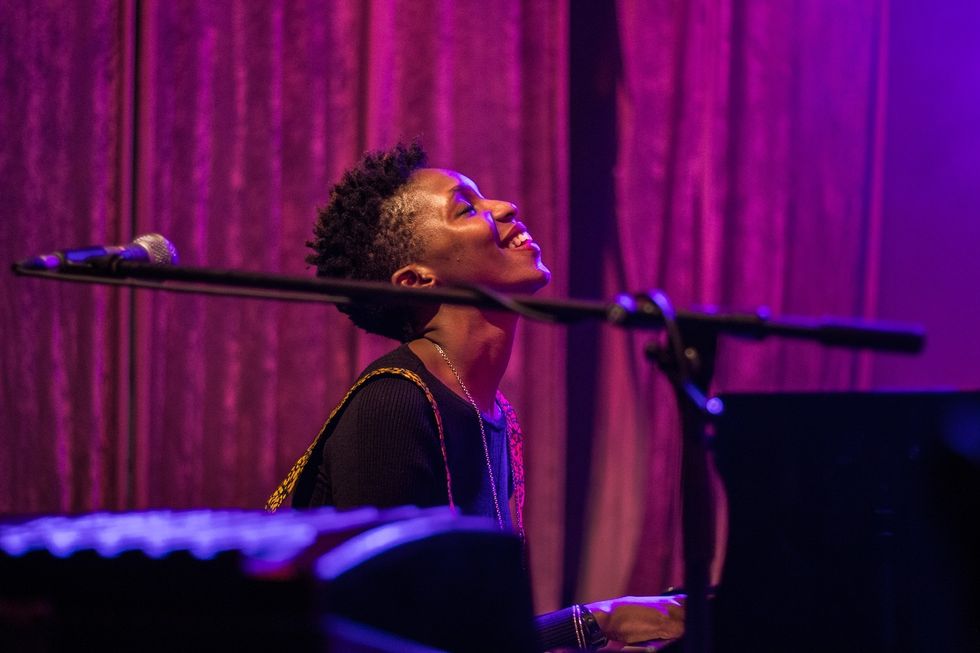 Every month, we highlight the best tracks, videos, albums, EPs and mixtapes from South Africa through our Best South African Music column.

This month saw a torrent of releases from artists of all genres, and below we list what impressed our ears, in no particular order. We opted to make things easier for you and split our picks into two sections: Tracks & Videosand Albums & EPs.

Read ahead for the Best SA Music of the Month.

Stilo Magolide's latest single, "A Minute," from his 2017 album is a fitting release for the month of love. It references old-school R&B through a hook sung by Jay Claude over mellow keys, and lovey-dovey rhymes by Stilo.

Blaklez and Cassper Nyovest do this new age kwaito thing so well, you wonder why they won't just record a collaborative album already. "Saka Nyuka" is perfect in all ways imaginable. It just deserved a better video.

The Muffinz "Where You Are"

After shedding their bassist Karabo Moeketsi in 2017, The Muffinz' music has taken a more electronic route than their previous offerings. The soul is not lost, though. "Where You Are" is built around a funky guitar melody, which is completed by vocals that vary in texture.

"Move!" is an oxymoron in that it's nostalgic and futuristic at the same time—it's EDM, kwaito and pop all in one. Nothing unexpected withSpoek Mathambo on the boards. The band's lead vocalist Manteiga dominates the song with her personality on her two verses and the hook, while Spoek appears on one verse with his swaggering delivery.

Big Star "Time Of My Life"

Raising a middle finger to the rules and what's popular, Big Star proves he's more than a rapper. The celebratory "Time of my Life" boasts trumpet squelches, ambient keys and bass lines, with 808s to give it the 2018 feel. This is Big Star, and South African mainstream hip-hop, like you've never heard before.

Nakhane is a god—his layered vocals on the first single to his upcoming album are smooth yet candid. And they are accompanied by eerie piano keys and a thumping kick.

By now you should know that Kid Tini's throwing jabs at A-Reece on his latest single. This is Kid Tini at his cockiest and that makes for great egocentric raps, which we are here for. Tini is a seasoned lyricist at just 20.

"Black Love" is oozing with soul and lyrics rooted in self-love. A smooth verse from the rapper Andy Mkosi completes what the singer set out to accomplish.

Priddy Ugly released the Shane Eagle-assisted "02Hero," the strongest song from his debut album E.G.Y.P.T, as a single. The song's accompanied by an impressive music video, which is as fancy as the two rapper's verses and the bass-heavy instrumental they flex over.

After the smashing success of his 2017 single with Samthing Soweto, "Akanamali," Sun-El Musician returns with another potential hit. The recipe is the same—sing blues about the downs of love over electronic production with touches of soul and a distinct South African sound. This will blow up. Just watch.

From his stellar debut album, D.R.U.G.S Inc, Saudi drops "Make You Proud" as a single with a fitting video. "Make You Proud" is relatable because who doesn't want to make their parent(s) proud?

"Train Rides" is clearly not about train rides—the rapper, for the single's video, is on a private jet eating Chicken Licken and drinking bottles you and I can't afford; like, fam, it doesn't get any triller. North God is indeed a god.

Stogie T's video for his latest single "Honey and Pain" is a showcase of the man's globetrotting tendencies. He raps about the dichotomies of poverty and wealth over a Miriam Makeba sample.

"Wifey" is B3nchMarQ as we've grown to know them—a combination of melodies and raps over eardrum-wracking trap beats, and it sounds like money.

Nelz' "Backseat Loving" is steamy both lyrically ("Started with a handshake, now you making my knees shake") and sonically—nothing says 'sexy' more than those airy pads and that thick bass line that pretty much carries the song.

Zaki Ibrahim just released her first album since 2012's Every Opposite. The Secret Life of Planets has a vintage soul and R&B feel to it, with sprinkles of both nostalgia and future by way of synthesizers and 808s. The singer tells stories of love and being, using a lot of scientific references.

Durban kwaito star Professor sticks to his guns on his third album, Composed By Jesus. There's nothing innovative or new here—the party is still going on the way it does in Durban. Expect synth-based kwaito dance floor packers with lean bass lines and high-tempo drums. The lyrics are tongue-in-cheek and designed to be memorized on first listen as per Durban kwaito fashion.

Jazz musician Thandi Ntuli's sophomore album is a collection of impressive compositions by the artist and her collaborators. Unlike on her debut album The Offering (2014), Ntuli sings more on Exiled. She even renders some spoken word. And that Lebo Mashile appearance is monumental.

Mabuta Welcome To This World

This is one of the most dynamic jazz albums you'll hear in a very long time. Horns are dominant here, but to elude monotony, the rhythms and textures are varied. There's a lot of layers embedded in the albums' eight tracks to chew on.

The Joburg-based duo call their genre Mandela Pop, because, according to them, it's a sound that reflects the rainbow spectrum that South Africa has become. On Manga Manga, they blend pop, jazz, funk, rock and even hip-hop. If you are educated enough to understand IsiZulu and kasi slang, you'll sure get a full experience of what Radio 123 are about—celebrating who they are without defining it or caring if you understand it.

Percussive Planet is Espacio Dios' most focused project to date, and a culmination of the artist's genre bending attempts. The project boasts drums and percussion that support thumping electronic bass lines and synths, pads and marimbas.

A majority of the lyrics on Cara Frew's album, Flame, explore the dynamics of love. This she does over a pop and EDM soundscape that's characterized by breezy pads and crude synths, which makes this a great project for a night out, a road trip and the club.

Zingah For The Level

Zingah, formerly Smashis, is one of those few artists who managed to make a worthy comeback after a hiatus. He sounds up-to-date without being a caricature of what's currently popular. On For The Level, his first project since his transition, he brags ("I can hit up Maphorisa to send it to Diplo for a remix, now that's a plug") and sends subliminals ("All I hear is rich n*ggas making poor music") like it's not a thing. He has seriously solid features too—A-Reece and KLY shine! And the beats knock really hard.

According to Moonga K, we are all just walking emojis. Wild Solace is just another instance of modern music that can't be boxed into one genre. You hear more than two genres in one song even. If you are looking for honest lyrics and a dynamic vocal spectrum, Wild Solace is for you.