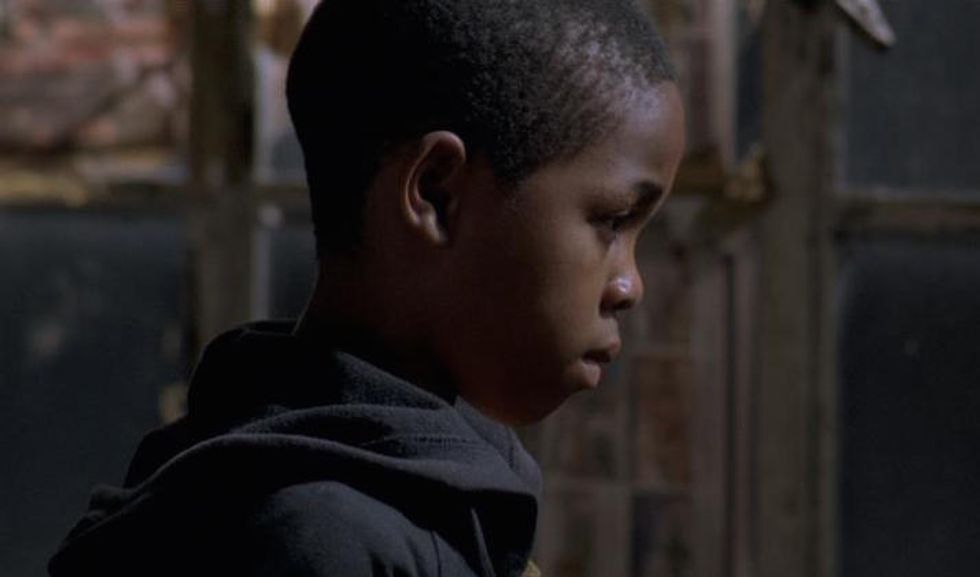 The short film 'Umkhungo' follows an extraordinary orphaned boy as he masters his superpower gifts in the Johannesburg slums of Hillbrow.

Whether you believe superheroes are born or made, filmmaker Matthew Jankes has brought a new one to life in his short film Umkhungo.

Currently available for viewing on Vimeo, the 2010 film tells the story of Themba (Sivuyisiwe Mtshaka,) an extraordinary young orphaned boy from the overpopulated Johannesburg slums of Hillbrow. He develops an unlikely bond with Mthunzi (Israel Makoe,) a jaded hustler who begrudgingly rescues Themba after the brutal murder of the boy's mother and the mysterious death of his father. The villain, Themba's superstitious uncle Gwala (Lennox Mathabathe,) pursues the pair as they learn more about Themba's burgeoning power and race to locate Mthunzi’s long-lost brother, culminating in a spellbinding final scene of superhuman proportions.

"Jankes wanted to create something that didn’t simply rip Hollywood off, but also had a big heart," wrote Vimeo Editor Jason Sondhi. "Using the native attributes of Johannesburg helps to effectively accomplish this desire, and the blending of paranormal and supernatural feels like an area ripe for further exploration."

Umkhungo, which translates to "The Gift," was made through a now defunct program launched by Focus Features called Africa First Shorts. Its digital release comes six months after the online debut of the West Africa-based superhero film Oya: Rise Of The Orishas. Nosa Igbinedion, the Nigerian writer, director and producer behind Oya, told an interviewer that he made the short film in order to prove that there is a market for sci-fi films revolving around African characters and storylines.

Check out the impressive short film below and let us know what you think. Are you as eager to see what happens to Themba as we are?