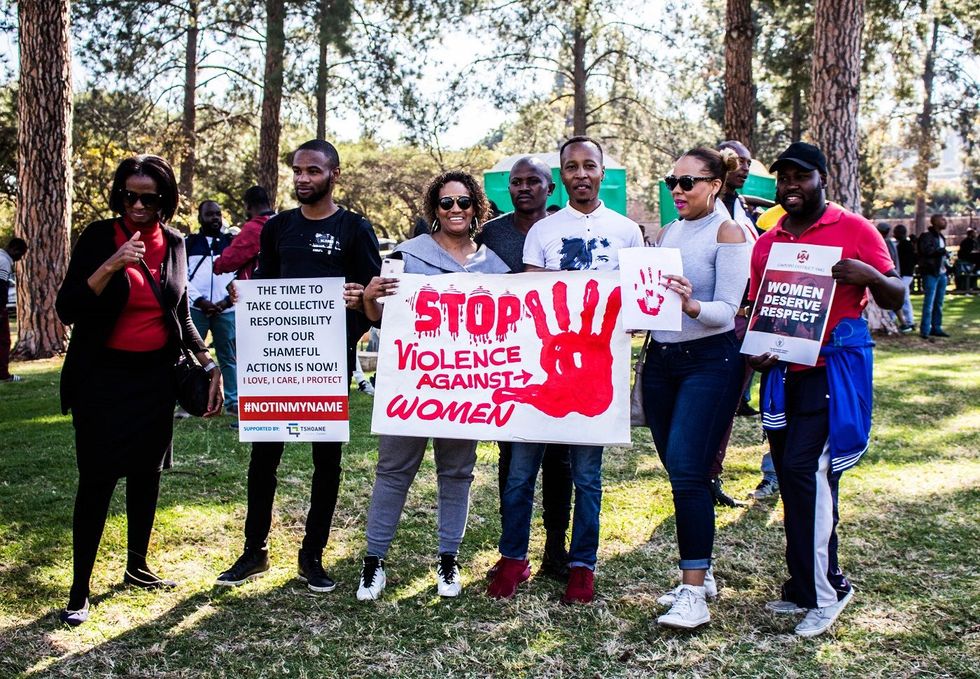 August is Women's Month in South Africa, a time to commemorate the 20,000 women who marched to the country's government center on August 9, 1956 in order to protest Pass Laws—the internal identification system used to segment the population and prevent black people, women, and other minorities from traveling freely through the country.

This year’s theme is, “The Year of OR Tambo: Women United in Moving South Africa Forward," reports All Africa.

The official launch of Women's Month took place on Tuesday in Tshwane, where the Minister in the Presidency responsible for Women, Susan Shabangu, urged South African men to get involved in the movement to end sexual violence—a systemic issue that has led to the creation of nationwide protests and movements such as #NotInMyName, and the more contentious #MenAreTrash movement.

Many young men and women are using their platforms to call on men to do their part as well.

"It's not enough as South African men to say we are sorry to the women of South Africa, but we need to take corrective action towards making these programs a success, said Siyabulela Jentile, the chairperson for Not In My Name South Africa.

"We call on all men to come forward and join forces with us so that we can take collective responsibility and collective action to say 'not in my name.'"

Several South Africans are sharing their thoughts about this year's commemoration on social media.

In South Africa we don't recognize August, we only know the 8th month as Women's Month!!! #WomensMonth

That awkward moment when it seems many have lost the plot with regards to what women's month in South Africa is. #womensdayRSA

But South Africa is also the femicide capital of the world. So. Happy Women's Month, I guess pic.twitter.com/QRwE6FiGKA

It's Women's Month in South Africa which means four weeks of this. http://t.co/TirsXBX1Tvpic.twitter.com/XIbQ3pXCR6

This #WomensMonth I need Black womxn to simply be.Let's stop saving the country,saving men or any other person but let's focus on ourselves. pic.twitter.com/XLtUvc3FUA

As we commemorate #WomensMonth let us all ponder on how we can build a safer and more caring society for women. pic.twitter.com/KaRzDVFRz4