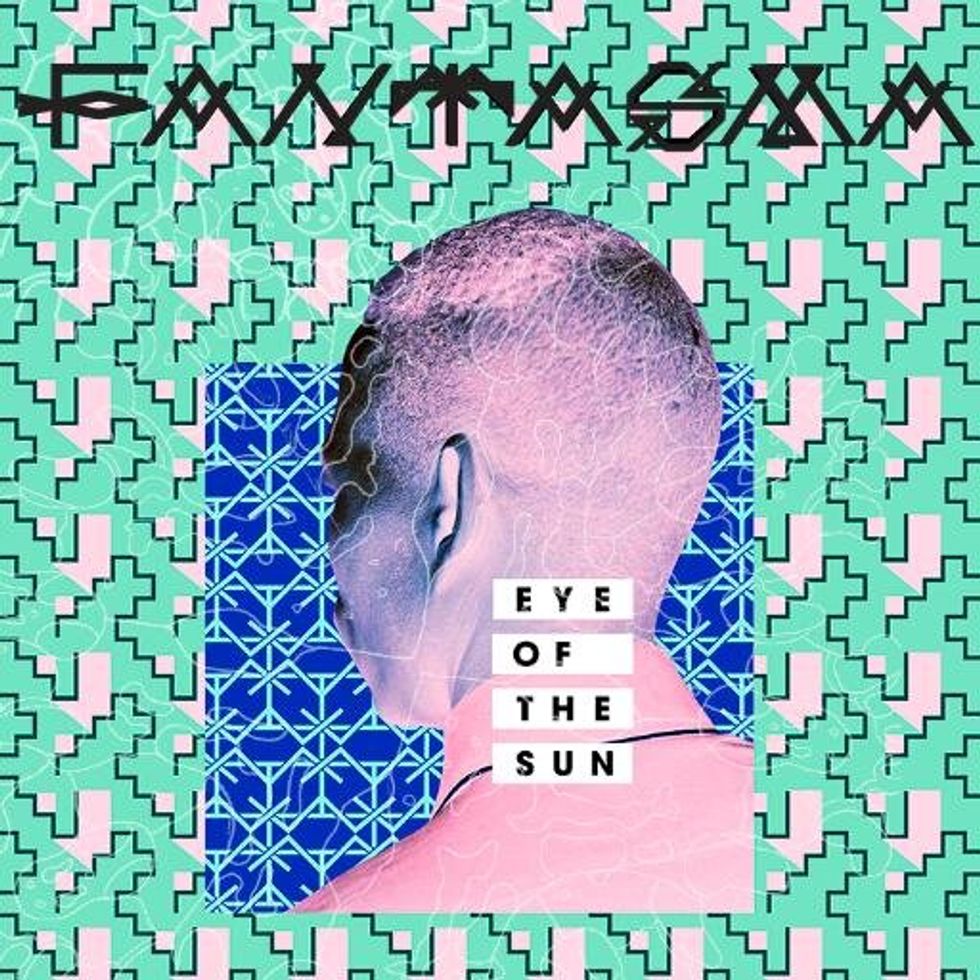 Fantasma with Spoek Mathambo, DJ Spoko and more tease their debut EP 'Eye of the Sun' with remixes from Hugh and Jumping Back Slash.

If you've followed Spoek Mathambo throughout his outstanding 2014, chances are you're familiar with the explosive name of Fantasma, a South African "superband" that unites Spoek with PTA bacardi house mastermind DJ Spoko, Durban's Bhekisenzo Cele on accordion/guitar/bass/vocals, and Cape Town guitarist Andre Geldenhuys (Machineri). Though the fourpiece made their live debut in SA back in March, their studio work thus far remains a mystery. And after months of hype, their forthcoming debut EP Eye Of The Sun has shaped up to become one of the releases we're most excited about this year. But alas, team Fantasma has an advanced stream to tie us over until the proper drop, a "Trippy remix of ShangriLa from Hugh" says their soundcloud page. Still no word on when we should expect the full EP. For now, listen to the preemptive rework below.

Update 6/3: The "ShangriLa (Hugh Remix)" was taken down, but you can now stream a remix of the title track from UK/Cape Town's Jumping Black Slash. Listen to "Eye Of The Sun (Jumping Back Slash Remix)" below.

Update 6/11: If you missed your shot at previewing remixes from Hugh and Jumping Back Slash, the good news is there's a new double dose from a (now) signed Fantasma. "We are signing an album deal and will start recording in July as soon as we are back from Europe," said Spoek today via facebook. To celebrate they've unveiled one of their earliest tracks, the foot friendly "Peaking." Moments before that drop came a new remix from Cape Town bassmaker Maramza. Listen to both tracks below and follow Fantasma on their recently launched facebook page over here.