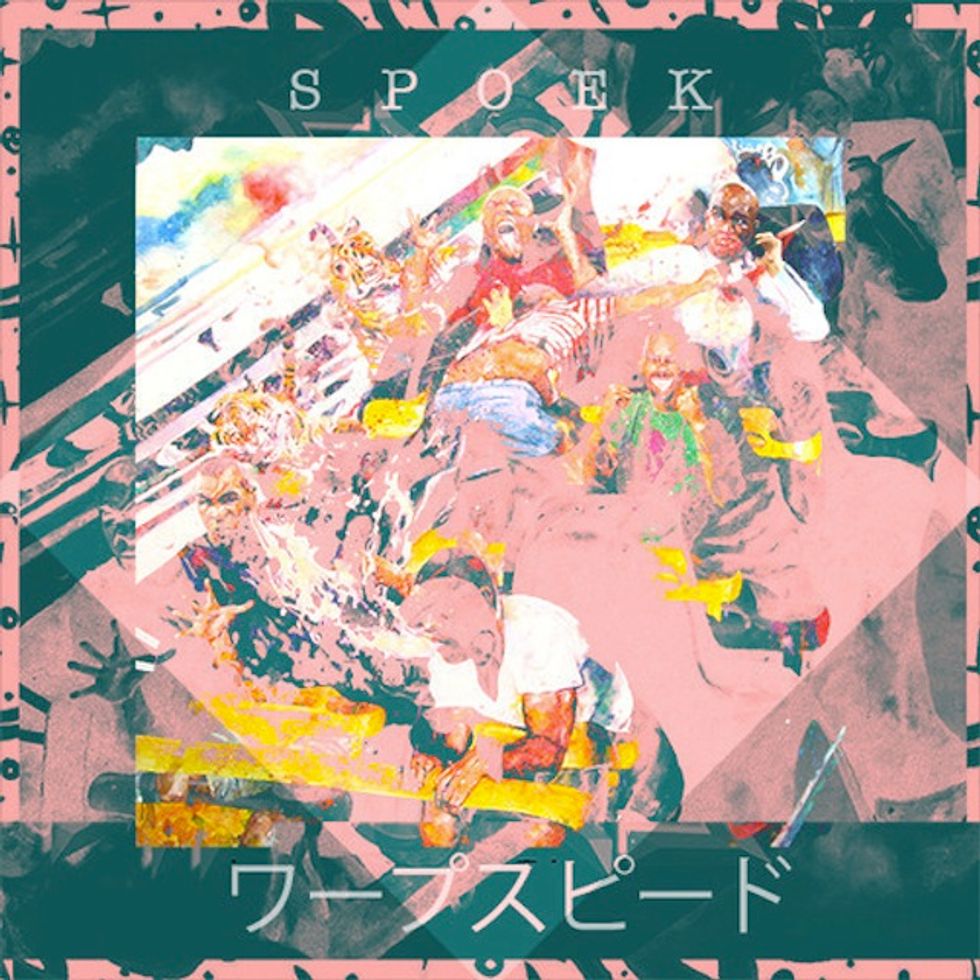 Just a couple of weeks since releasing his breezy pop collab with London producer F*U*G*Z, Spoek Mathambo delivers "Warp Speed," the latest offering from what's turning out to be a match made in heaven. This time London-based songstress/producer Yadilends her punchy pop vocals to the mix. The result is a rip roaring track which crashes through rock, pop and electro genres in one fell swoop. Halfway through, distorted guitar lines and Arctic Monkey-esque drum fills are swapped for a bold 808 drum beat and Spoek's idiosyncratic story telling. The track appeared in original form on Spoek's 2013 Escape from '85 mixtape, but F*U*G*Z's production, and generous helpings of head-nodding bass, take the retouched "Warp Speed" into pioneering territory. Stream and download the electro-newwave anthem below.