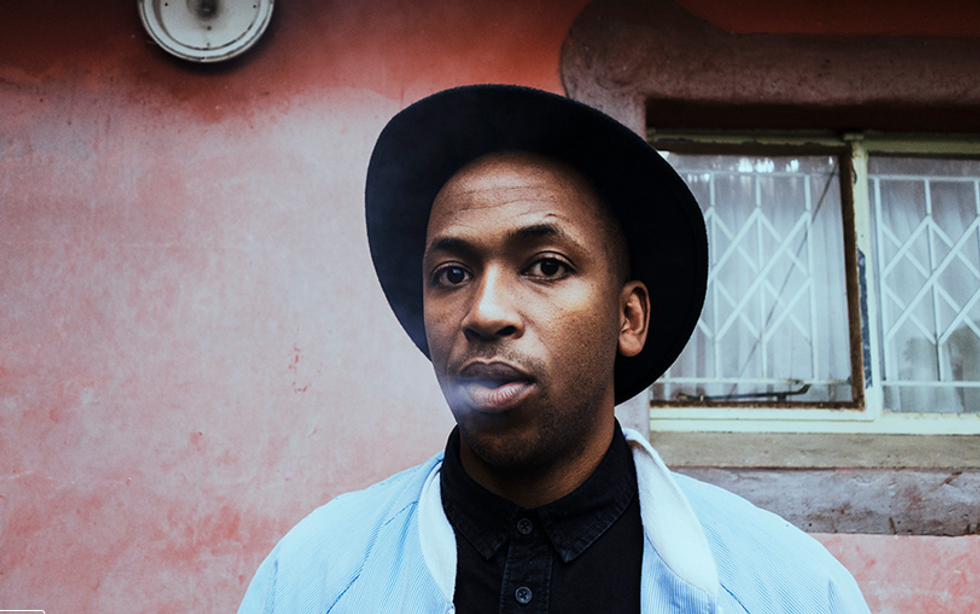 Spoek dropped a double shot this morning with his Samthing Soweto remix and breezy life anthem 'The Judge.'

A renaissance man with what seems to be a never-ending supply of tricks up his sleeves, Spoek Mathambo hit the world with a double shot this morning. First came a remix of the incredible Samthing Soweto. It was merely a month ago that OKA writer Shiba Melissa Mazaza first tipped us off to Sam's soul-chilling Eb’suku. Since then we've been on the look-out for more from the falsetto-singing third of South African afro-jazz band The Fridge. On the "Let It Happen" remix, Spoek churns out a new brand of acapella-futurism. Imagine a gut-sinking voice of a neo-soul legend backed by beatboxing and Beach House. We could soak in it for days. Except that an hour later Spoek had another surprise in store. On the day's second dose, Spoek supplies weekend motivation on his big-hitting surf and turf joint. F*U*G*Z adds his production hand to breezy life anthem "The Judge," which you can listen to below along with Samthing Soweto's "Let It Happen (Spoek Remix)". Spoek's new album Fantasma is due out later this year.