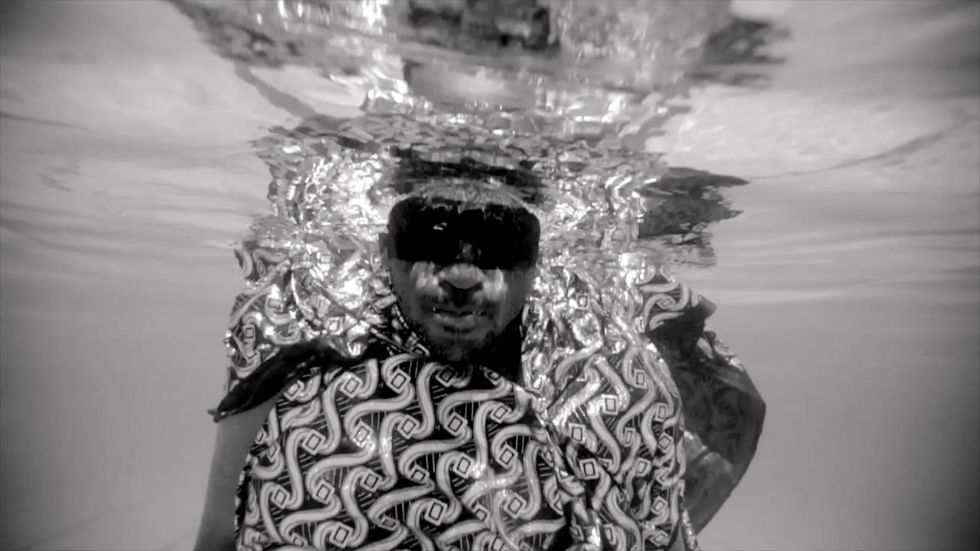 “The Mountain,” Spoek Mathambo, DJ Spoko and DJ Mujava’s brilliant rework of a song by the Los Angeles-based cosmic soul-man Pegasus Warning, is simply magical. I first wrote about it back in April 2014 when Spoek shared it as a one-off drop (prior to that he teased it in a March 2013 Boiler Room set). To my dismay the song was pulled from Spoek’s ever-evolving treasure chest of a Souncloud page. The last time I’d heard it was actually on the silver screen during a NY African Film Festival screening of the 2014 South African noir cop thriller Cold Harbour, which Spoek did the score for.

Thankfully, the magnificent lost song reemerged this week. This time for good. It features on Spoek’s just-released Badimo EP, and it’s the first release to come to light from his forthcoming solo project, The Mzansi Beat Code. A gorgeous black and white video has also surfaced. The visuals, shot in Khayelitsha with Spoek and his recent collaborator Chris Kets at the helm, express how the South African rapper/producer interpreted Pegasus Warning's lyrics.

In an email to Okayafrica, Spoek shed some light on the mystery that is “The Mountain”:

“Firstly I'd like to say that it's been years since we made this version of the The Mountain...and I've always been determined to make a beautiful poetic, black and white video, expressing the resilience, tenacity and vibrancy of township youth culture.

It all started when I toured with Pegasus Warning in USA in 2011/12...I was told about this incredible NYC based drummer, and I had no idea of his musical roots or how badass he is as a vocalist and producer. On the tour he was playing drums, me on sampler and a friend from Sweden on guitar. It was about 12 shows across the country and every time we played the Spoek Mathambo set, Pegasus Warning would sing and perform his wonderful songs as an opening set. He would always set the stage alight. The Mountain was always such a powerful and poignant moment in his show. At the end of the tour I asked him if I could remix the song when I was back in South Africa.

I started working on the remix for a nightclub scene for a film I was scoring on Cold Harbour, laying down rhythm elements and the synth work (hugely influenced by Spoko and Mujava who I hadn't yet met)...at the same time, I was was working on my documentary Future Sound of Mzansi...On the great day that I was to meet Mujava and Spoko in Atteridgeville for the first time, we got along and decided to work on a track together...I pulled out the separates of the remix I was working on and we made the song...the actual time spent making the track is documented in Future Sound of Mzansi as a scene with The Mountain playing.”

The Badimo EP is the first in a trilogy of Spoek’s upcoming releases titled The Mzansi Beat Code. Still to come are the Mzansi Beat Code LP in October 2016––Spoek’s first solo LP since 2012’s Father Creeper––and the Toro EP in early 2017. But knowing the Fantasma/Batuk orchestrator there should be plenty of surprises in between.

The Badimo EP is out now.