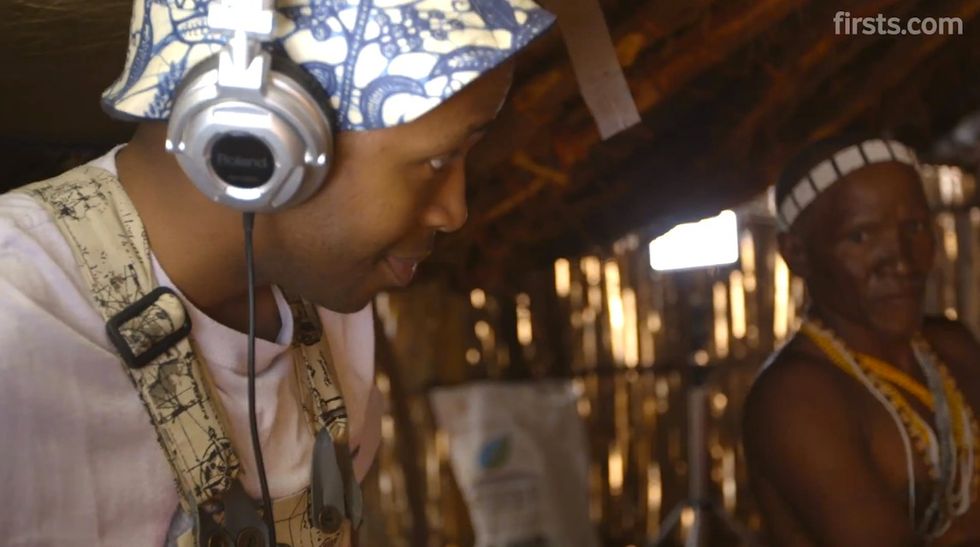 Expect a new first on the horizon from the always incredible Spoek Mathambo. As a part of Vodafone's's inaugural "Firsts Initiative," Spoek is involved in a project that saw him collaborating with musicians from three communities around South Africa. In keeping with Vodafone's "firsts" theme, the SA-wide collaborative endeavor turns out to be unexplored musical territory for the afro-futurist renaissance man known for playing a mean game of musical chairs. Using cloud mobile technology from Vodacom to upload the recordings, Spoek was able to share the series with a studio team back in Cape Town who were then tapped to turn the "field recordings" into a unified song. Watch Spoek discuss the project below.