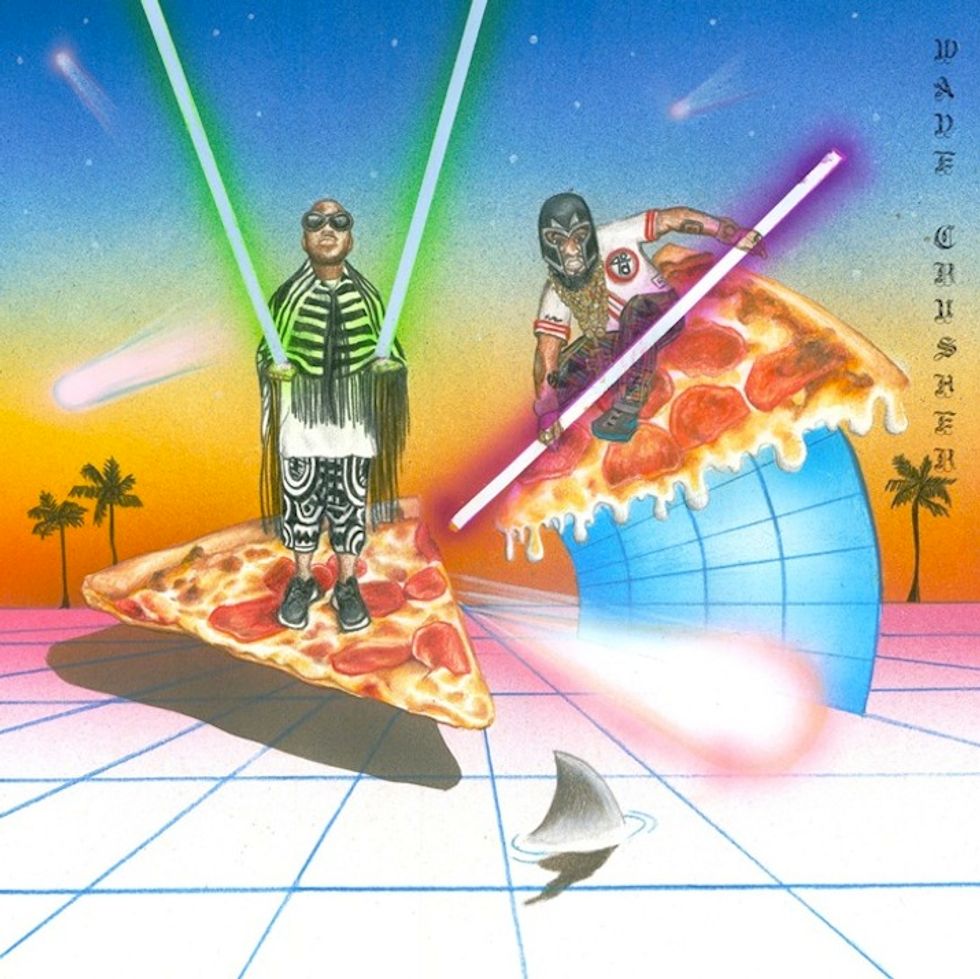 South African genre mutant Spoek (he's dropped the Mathambo) and his BK-based partner in crime Shamon Cassette just dropped their joint Wave Crushermixtape. The tape, which Spoek described to Dazed Digital as "a mini-album... focussed on having fun rapping, sampl[ing] some of the most exciting new artists alongside classics with little skits in between... a rap album in the broadest sense of the term," features the previously covered Pixies, Charlie XCX  and Flume reworks as well as many more forward-thinking concoctions.

Download Spoek and Shamon Cassette's Wave Crusher mixtape and take a look at some of its trippy accompanying artwork below. If you're in Europe catch Spoek live at Biko in Milan [10/25], Gaite Lyriqu in Paris [10/26] and XOYO in London [11/18].