Stella Mwangi: Hip-Hop Saved My Life as an African Growing Up in Norway 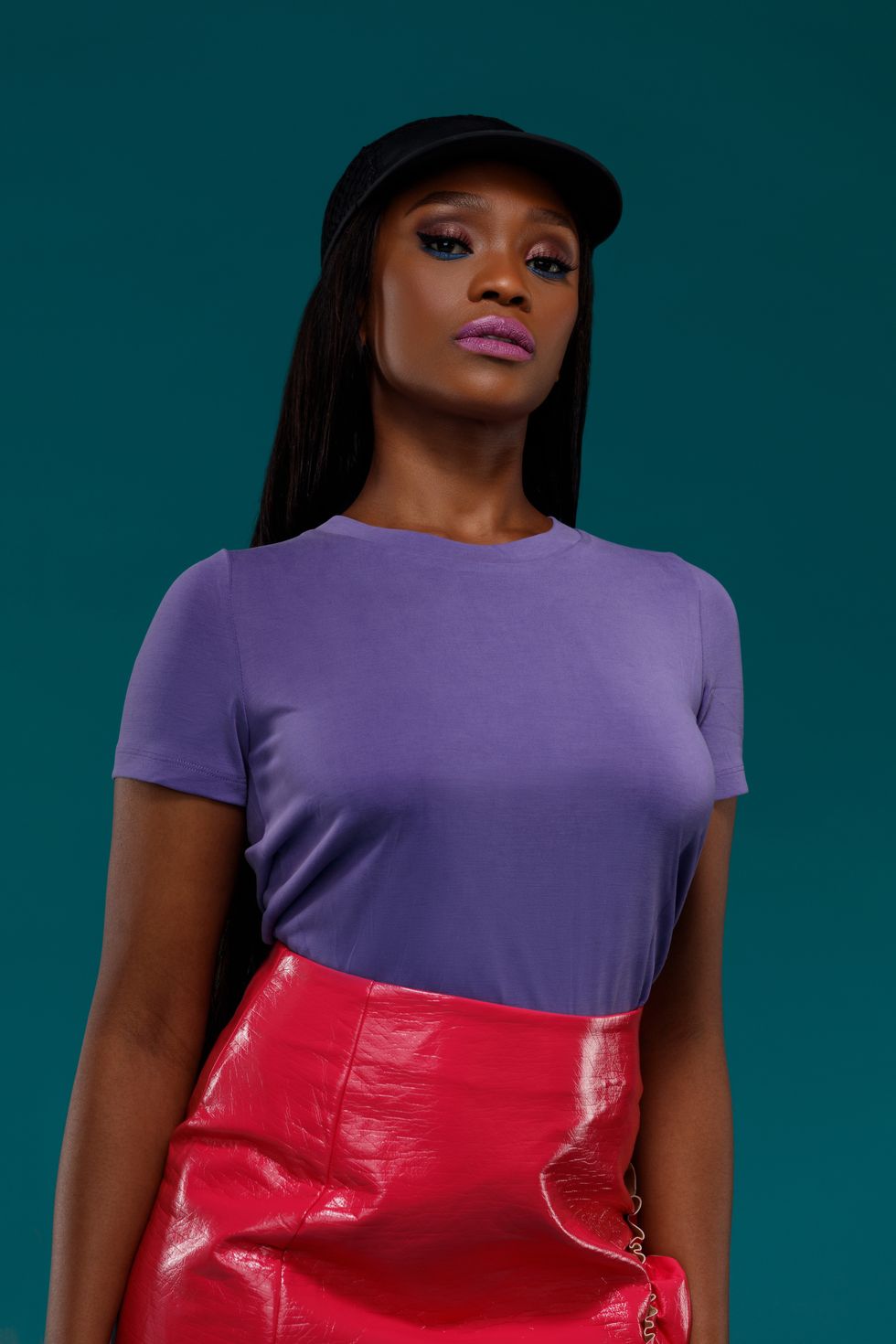 The Kenyan-Norwegian rapper speaks about the Hollywood hustle, the potential of East African music and what she's dropping next.

If it seems like Stella Mwangi is everywhere these days, that's understandable. It's nearly impossible to see all the rings she's throwing her hat into: her songs are getting featured in Hollywood and across commercials, films and movie trailers.

There's a reason why it's possible to stay on such a grind, to make it work after more than a decade in the rap game, and that's an underlying theme with much of what the Kenyan-Norwegian artist, who also goes by STL, does. She's charged with an incomprehensible current that would have burned out other artists. Even as I caught up with her, she was hours away from taking a flight to the filming of a reality cooking competitions in Norway.

So what is on deck for Stella Mwangi? As it turns out, seemingly everything.

What was it like performing on the Cannes Lion platform?

It was huge and a really big honor. There were so many crazy people in the crowd. I met Tyler Perry man! It was the perfect crowd to perform for even though they hadn't heard a lot of my songs, they got really lit. As soon as crowds in Europe loosen up, have a couple drinks, they get crazy.

What's important to me is to bring a presence an energy, to capture that crowd and have them live in the now. If I bring hundreds of dancers or something, it can take away from that connection. I'm the type of artist who likes often likes having it simple, it comes down to the mic and the audience. There's a very thin line of the connection, like when artists tell crowds to do all kinds of weird things. It can take away from it.

How have the last couple of years been on the Hollywood side of things? Your music seems to be getting featured all over the place.

Yeah, it goes back all the way to 2005 when my music was getting scouted by these guys in Hollywood. Getting my music featured inspired me. There's a lot of ways to put your music out there, so many ways of being an artist, so many ways to spread your talent. A lot of guys say you're so lucky to get your songs in movies, but I'm trying to tell them it's been 10 years! It's a whole mission, all about connection and having people throughout your journey that believe in what you do.

So you've been dropping a lot of tracks recently, can we expect to see more from you?

Yeah, we got a lot of songs. I just released a song called "Repeat," it got featured on Basketball Wives. But I've been working on my third album, the third official studio album. I just want to take some time with it; I want to make it more personal. With songs that are for movies and commercials I can get into a character and lay it down, but with an album I need to get more introspective and personal with it.

I've been crafting it for a while now, and I just realized I shouldn't stress about crafting it. Growing up I faced a lot of racism, but I got a diary from my Dad, and could write about those feelings, put those emotions into rhythm and poetry. He then introduced me to Public Enemy, their song "Fight the Power." So I saw that music has to face the world, you know? When I released my debut album in 2007 I wanted to say certain things, do different things, but now I'm a woman, I have a lot of experience and I sort of want to make my music my therapy, to use it as something to inspire me.

I want to hear music that can transport me into a mood, and that's what I want from my third album, to make music that can help people, like music helped me.

It's almost like your album is the novel and the songs are the short stories?

Yeah! It's just my experiences and my questions, dreams, future plans, mistakes. I'm trying to tap in more into my own personal life and issues. That's what I want with the album music.

When I hear music sometimes I hear artists that are trying to make a hit, who are trying to kind of be on 'someone's level. So recently, for example, I made this song "10 Toes', which was just saying, trying to make it clear that this isn't a competition, that music isn't a competition. We need to think further than that. Like for me, hip-hop saved my life growing up in Norway. I know other black people, other Africans, that looked to hip-hop the same way.

Yeah it's important to have songs that can make guys dance or laugh, but music can mean a lot to people who are out there listening.

What are you hearing out of the East African music scene right now? Is there more of a space for EA artists to do their thing?

Oh yeah. The first time I saw the potential of East African music was in 1998, the first time I was able to visit Kenya after moving to Norway. There was a radio station for everything man! I fell in love with the Swahili hip-hop, when I heard it, I felt represented. When I look to the scene now, I hear potential. The internet is available, it's easier for guys to release music. As far as Kenyan hip-hop, I'm really digging it. I feel this hope, there's a new wave coming in. I feel like the platform for it should be coming from within and our leaders than from international record labels.

What I feel like we're lacking on is the mentality of how to manage our talent. Also with our music rights, we don't take our talent as serious in Kenya as we should, not like they do in Nigeria for example. Old talent, young talent, it all should be promoted.

You're an artist that has managed to be prominent and successful both within Kenya and internationally. Do you think that Kenyan artists are starting to get more respect and traction on the international scene these days?

Yeah, I feel like we have a head start, like a lot of people know about Swahili even if they can't speak it.

It's really about knowing our value. In Norway the government supports art, they put value in it. If you hear your song being played in a restaurant you can go to the owner and say you need to get paid.

That's what artists need in Africa, in Kenya. Artists should respect themselves more, but it's complicated to respect yourself when you're not getting respect. There's so much talent in Kenya, and I'm so grateful that artists don't lose that drive, to do what needs to be done, but a lot needs to change.

After so long in the game, what's still driving you stay on the grind with your music?

You know, it's really about falling down so many times and having to pick yourself up and start over. I find myself back in the beginning and needing to start over. It has somehow come to my advantage. I always find myself starting over again and it helps me keep myself fresh, I keep it as like, a motivation.

As an artist, everything is driven by inspiration. You can't just order it, it comes to you. The tricky part is what you do while you wait for it. You start feeling like I just want to quit, this shit isn't working out. But its that feeling of when inspiration comes when you're just about to give up that keeps you going on. Also just finding new things to do, to try and expand. So that's what is keeping me fresh or whatever (laughs).

What advice, words of wisdom can you give to artists and rappers trying to make it?

For young artists, the most important thing is that they never lose that hunger. The most important thing is realizing that what worked for me won't work for you. We all have to find our own way. Don't wish for someone else's way, even if you try to find some artist, say Michael Jackson, that's his story and it can't be yours. Don't wish yourself to walk in someone else's shoes, just try to find your thing, cause this thing is a fight. It's a fight, it's a fight. Just keep on.