This Cape Town Duo Mixes Hip-Hop, Gqom, and Kwaito On Their Debut EP, and It Works 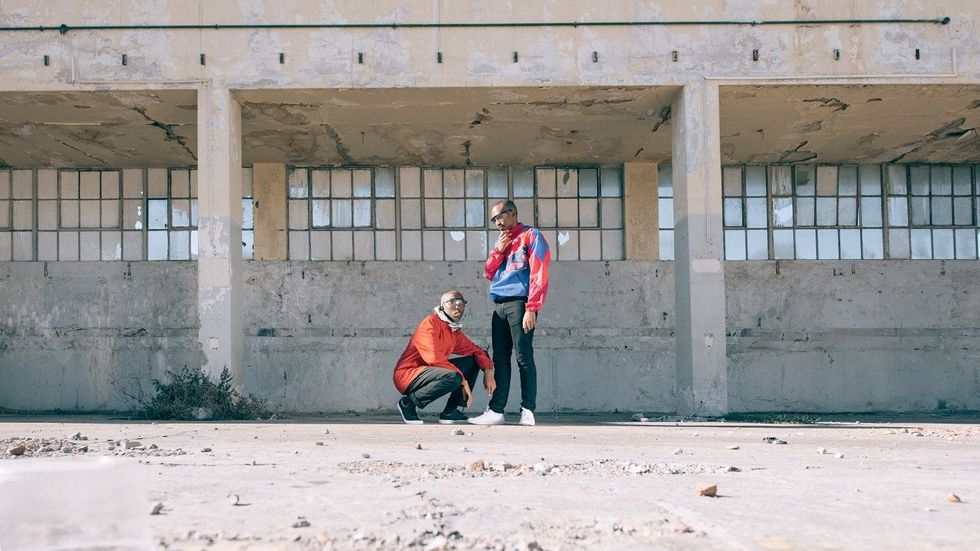 Stiff Pap is a new exciting duo based in Cape Town. It consists of rapper AyemaProblem and producer Jakinda.

It consists of rapper AyemaProblem and producer Jakinda. Their music is an amalgamation of hip-hop, kwaito, gqom and electro. Towards the end of last year, they introduced themselves to music lovers through their internet hit, “Dlala,” which when it plays, makes the churchiest of individuals lose their morals.

The song caught the attention of Red Bull Studios Cape Town, who invited the duo to record their EP, Based On A Qho Story, at the studios.

On the 4-track EP, AyemaProblem raps in sparse sentences over Jakinda’s high-tempo drums which stand on pillars of mean bass lines. A collection of synths gives the music color. AyemaProblem’s raps, which are mostly about partying, are teeming with personality, as he raps mostly in Zulu, wearing his Mlazi township accent with pride.

Jakinda is originally from Johannesburg and Ayema Problem is from Durban. They met last year at the University of Cape Town where they are currently studying.

Before the two met, Jakinda says he wasn’t even sure what genre to categorize his music as. “I was trying to find my sound,” he says. With “Dlala,” their first track together, the beat was just a skeleton that AyemaProblem asked the producer to speed up. And a hit was born.

One of Stiff Pap’s biggest influences is OkMalumKoolKat who has managed to mix kwaito, gqom, electro and hip-hop.

“I don’t feel like [South African hip-hop] represents the South African landscape. Trap music is not South African. I do trap music on my own sometimes, but when we came together as Stiff Pap, we wanted to make music that will change how people perceive rap or how South African music is structured.” KoolKat was their natural point of reference. “He’s the only one I can say is doing something authentically South African.”

Based On A Qho Story is a perfect introduction to the duo, who will hopefully be around for a long time. Listen to it below.