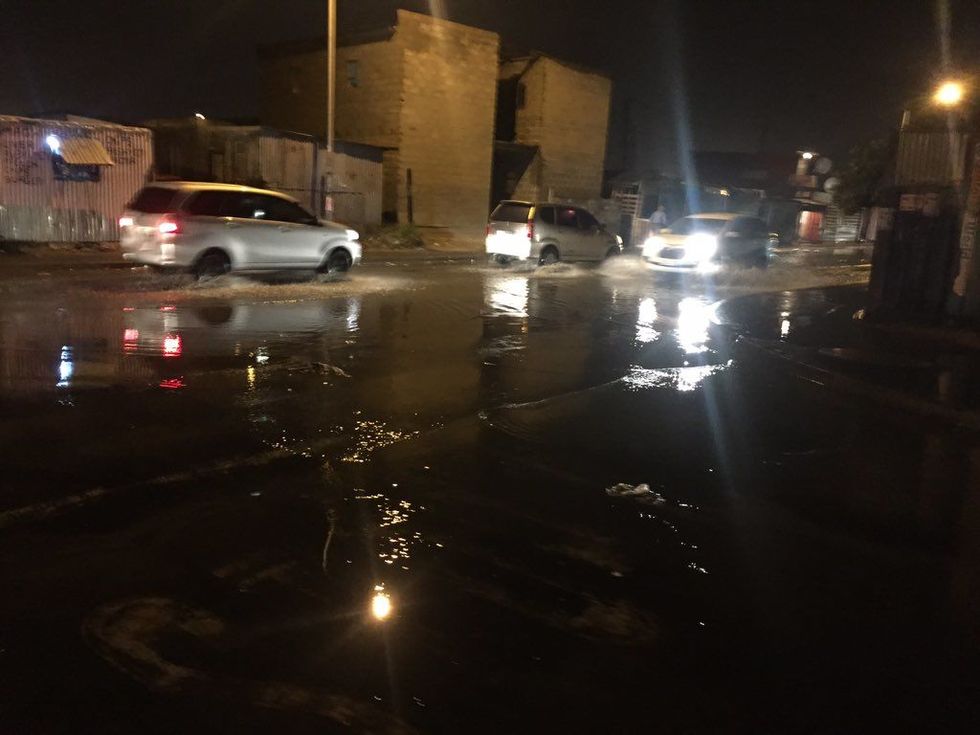 Zimbabwe's calls for end to sanctions, and other stories from the continent.

ZIMBABWE–President Robert Mugabe called for sanctions against the country to end while speaking at the UN oceans summit on Monday. “The effects of climate change are not discriminatory, so please down with your sanctions,” he said. Read the full story here.

SOUTH AFRICA–A notorious storm has led to the destruction of homes in Cape Town. Power cables have fallen in some areas and trees uprooted. Read the full story here.

This is Samora Machel (near M. Plain) roads flooded and at least 2 stormwater drains overflowing. Apparently worst of #CapeStorm yet to come pic.twitter.com/QKQKI31BlV

This is the Cape Town CBD. Those umbrellas won't work today. Hearing #CapeStorm will get worse between 11am and 5pm. pic.twitter.com/MQHFsrga0R

SWAZILAND–There’s a huge influx of Asian nationals in Swaziland. There has been a committee tasked with investigating the issue. Former MD of the local bank Swaziland Building Society, Joseph Ndlangamandla, who is part of the committee, believes the solution is to expel all Asians and other foreigners from the kingdom. Read the full story here.

IVORY COAST–Former New Castle United player Cheick Tiote, who had just moved to Beijing in February, is dead at 30. He is reported to have collapsed during training on Tuesday. Read the full story here.