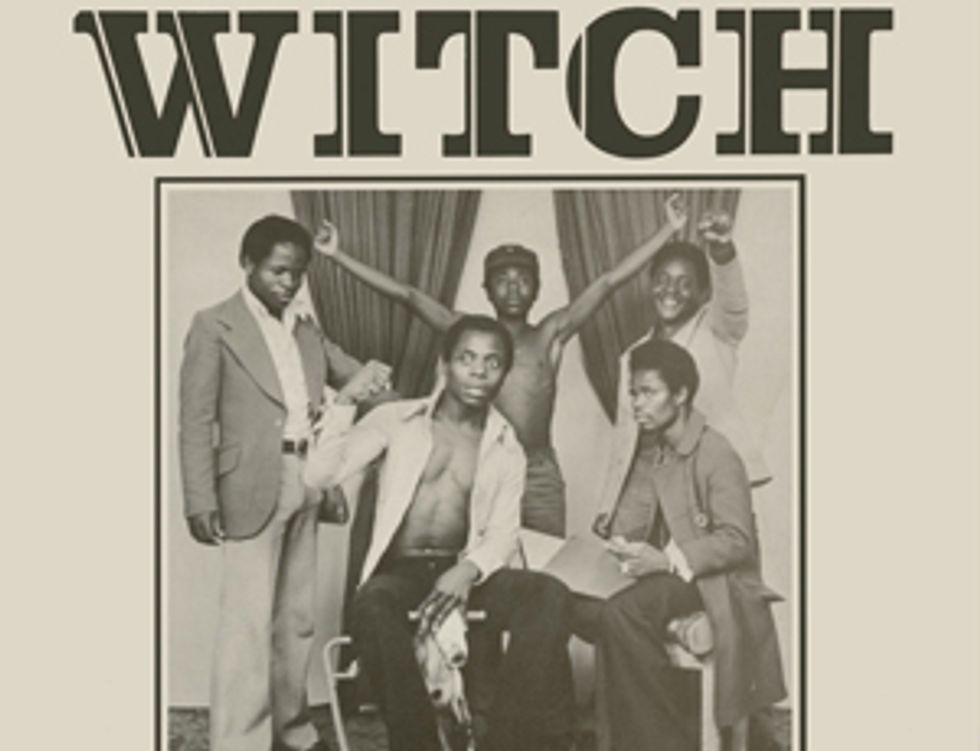 Zamrock emerged in 1970s Zambia and Lusaka-based ensemble WITCH were one of the young scene's most popular groups.

Zamrock emerged in 1970s Zambia out of the dual influence of Jimi Hendrix‘s acid guitar and James Brown‘s funk. Lusaka-based ensemble WITCH were one of the young scene's most popular groups coupling experimental tendencies, fuzz guitars and psychedlics grooves with traditional Zambian rhythms.

Introduction/In The Past (1972) are WITCH's self-produced initial albums which happened to be released in tandem with the birth of the commercial Zambian recording industry. The garage rock-leaning tracks coupled with singer Emmanuel “Jagari” Chanda's English croons marked the beginning of the group's five-year span as Zamrock's driving force.

Now-Again Records has released the complete works of WITCH — five albums and rare 7” tracks presented as a 4CD box set and 6 LP box-set coupled with extensive liner notes detailing the unknown musical history of his Zambian ensemble. Grab the excellent Zamrock release and stream Introduction/In The past in their entirety below.