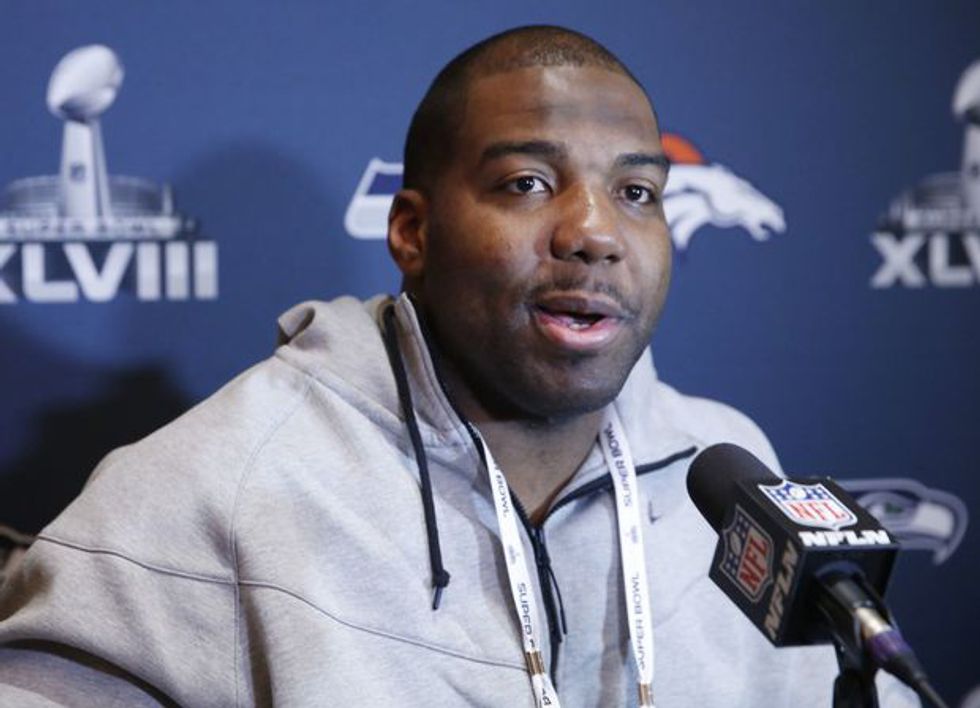 In the midst of the controversy surrounding N.F.L player's right to protest racial inequality during games, Los Angeles Chargers' linebacker, Russell Okung, penned a thoroughgoing call-to-action urging his colleagues to resist folding under pressure from the league, team owners, and President Trump.

The Nigerian athlete posted the almost 900 word essay, entitled "An Open Letter to All N.F.L Players: Let's Get Organized," on The Player's Tribune, ahead of a meeting scheduled to take place between team owners. In the letter, Okung directly addresses his fellow players, encouraging them to strengthen communication amongst themselves and act in unity. "It occurs to me that any attempt to respond collectively as players is complicated by numerous challenges, and that our options for speaking with one voice are limited," he wrote. "This means we can either wait until we receive our respective marching orders, speak up individually, or find a way to collaborate and exercise our agency as the lifeblood of the league.

Okung, called out team owners for failing to consult players who've decided to sit or take a knee during the singing of the National Anthem, before making decisions that impact them directly. He points out that players lack the structure to act as a united front in the same way that team owners do, which to him, is exactly what needs to change in order for their voice to be fully acknowledged.

To quote his letter directly:

Currently, the will of the players who align with [Colin Kapernick's] message is being diluted. Rather than our collective voice prevailing in a way that spans the league, you are seeing individual teams respond separately to the protest in 32 different ways. It's telling that these decisions are being made at the team level and not being driven by the interests of the players collectively. Some teams are standing and locking arms. Some are staying in the locker room. And some are now being banned from protesting altogether. While many of us can be grateful that our ownership groups don't take direct orders from the President, we are also aware that the owners are much more united than we are as players.

While he doesn't claim to have all the answers to the issues at hand, Okung offers a potential solution:

So here's my idea: Let's open up a line of communication just between us, and be ready to respond with one voice as players. Let's transcend the "natural" divisions that have been defined by the league and sanitized by a fictional narrative of competition above all else.