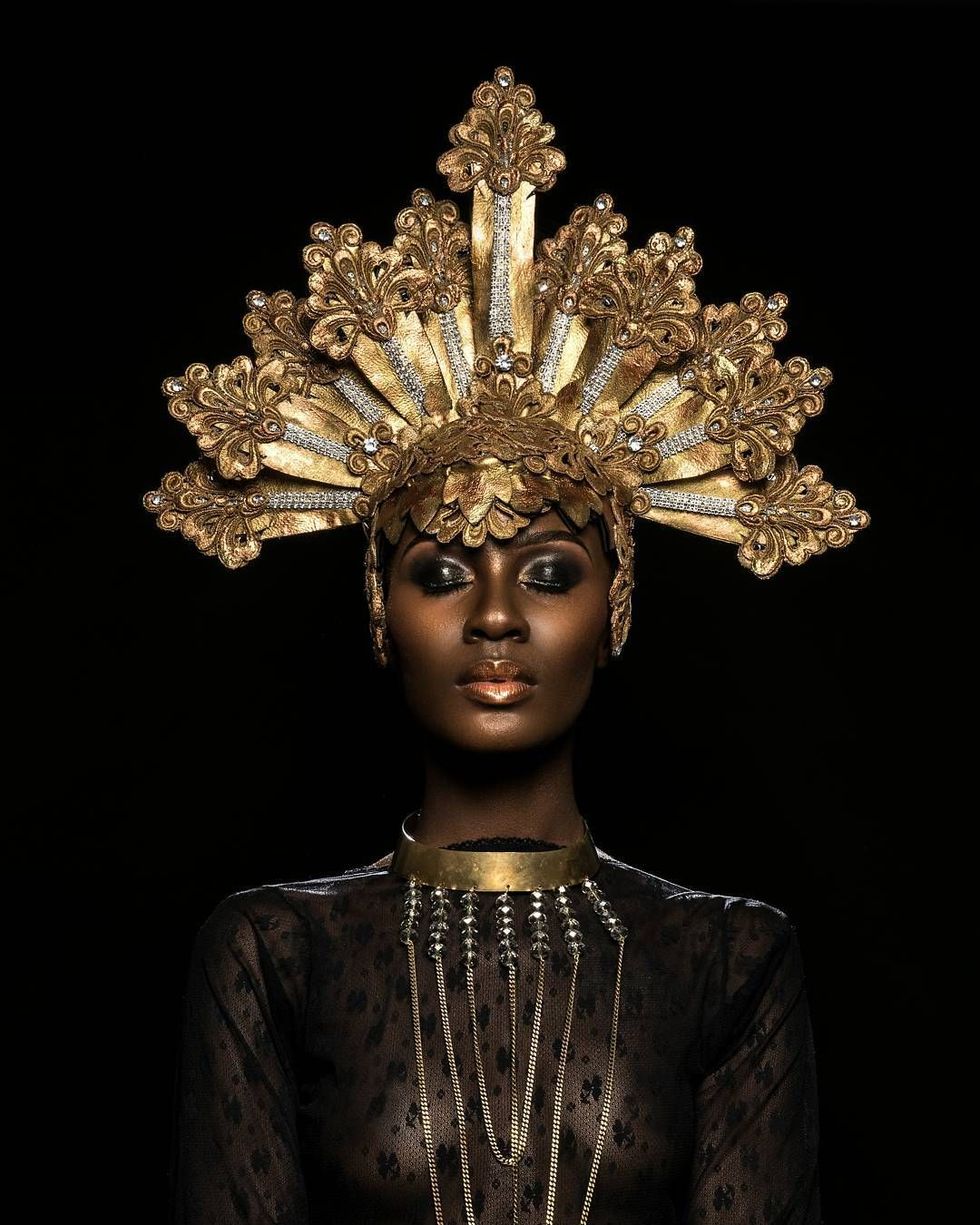 Take a look at our favorite photos that make you never doubt the phrase, "black girl magic."

Black girl magic is one of the most important phrases of our generation—it denies society's negative stereotypes about black women by declaring that we are even powerful and magical beings who can change the world.

We use the phrase to empower our fellow sistas, to add glimmer to our photos and social media presence, to inspire ourselves while we get ready for the day, to support a black woman when she shines in her professional field or accomplishes an amazing feat.

But what happens when we take this slogan one step further, and try to replicate it into living art? The photography below explores the different sides of black girl magic—from fantastical, dreamy images to traditional African inspired aesthetics to pure magic, afrofuturism and black royalty.

Delphine Diallo's Highness series examines the sensuality of the black female figure, the power of spirituality and healing and the marvel and mystery of masks. In Highness, women's faces are covered with intricately braided masks, designed with African face paint or simply colored with white paint, to create a ghostly effect. The result are secretive, seductive photos that are as haunting as they are harmonious.

Laolu Senbanjo's artform, the Sacred Art of the Ori, is a Yoruba aesthetic of tracing fluid lines, shapes and words on a person's body. He says this method creates a phenomenal moment between artist and muse: through their connection, he is able to conjure up the hidden images within the muse's skin. The muse is transformed into a spiritual being, with captivating messages and symbols displayed on their face and body.

Lisa Farrall's Armour Collection became a viral hit this fall, and understandably so. She decorated her models with extravagant African inspired hairdos and earth-toned outfits, bangles and necklaces that posed as decorative pieces of armor against their skin. With their heroic stances and captivating stares, they embody a traditional yet fantastic side of black girl magic.

Model Ajok Madel looks like she stepped out of a futuristic fairytale in Meiji Nguyen's dreamy photo spread. With silver feathery textures, cotton candy hairstyles and glitter swept across her cheekbones, Model breathes royalty and effervescence into camera.

Joey Rosado, the artist behind Island Boi Photography, captures black women in romantic states inspired by nature: sleeping on a bed of rose petals, decorated in flowers or adorned with glitter. What struck me about his art is his use of lines. The models' cheekbones, collarbones, temples, shoulders and backs are traced with thick, bold lines, accentuating their round curves and sharp features.

Model Simone Mariposa transforms into an intergalactic goddess for Taylor Giavasis' The Naked Diaries Project. The Naked Diaries Project showcases the beauty of all women and non binary people's bodies: whether it's skinny, fat, scarred; filled with lumps, pimples, moles and more. In these pictures, we are invited to relish in the wonder of Mariposa's body, in all its glitter-filled glory.

Lashaia Artis, known as Reign Apiim (All power is in me) is a soulful, ethereal artist and designer who spreads beauty and light through her work. She has a plethora of photos on her Instagram page, but the ones below are spectacular for her displays of black girl magic around New York City: mainly, in subways. Reign shows that magic can be sparkled in the most overlooked places.