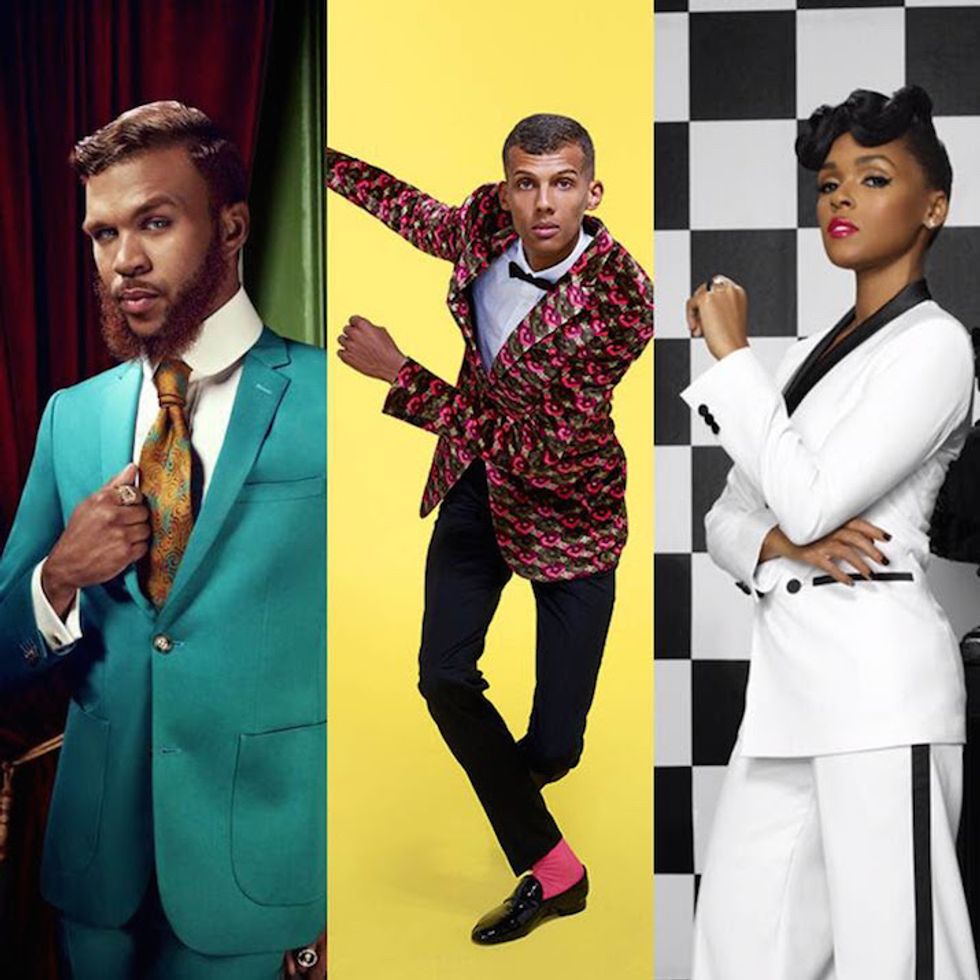 Stromae will embark on a 10-date North American tour this fall alongside Jidenna, including a special date in NYC with Janelle Monáe.

Stromae, who came off a tour of Sub-Saharan Africa a couple months ago, is now aiming his sights on North America for a 10-concert tour this coming fall. The string of dates will see Stromae joined by "Classic Man" Jidenna and Freedom Fry for a number of shows as the Belgian-born, Rwandan-rooted pop singer continues his promotion of 2013's hit-packed Racine Carrée — an album that features "Papaoutai," “Ta Fête,” “Ave Cesaria”, and "Carmen."

The Belgian singer has also just announced that he'll be joined by Janelle Monáeas a special guest for a one-night performance at New York City's Madison Square Garden on October 1. It'd be safe to expect that Monáe will collaborate with her fellow Wondaland artist Jidenna during the show. Grab tickets to Stromae's MSG concert here and view his full North American tour dates below. Tickets for all shows are available now.