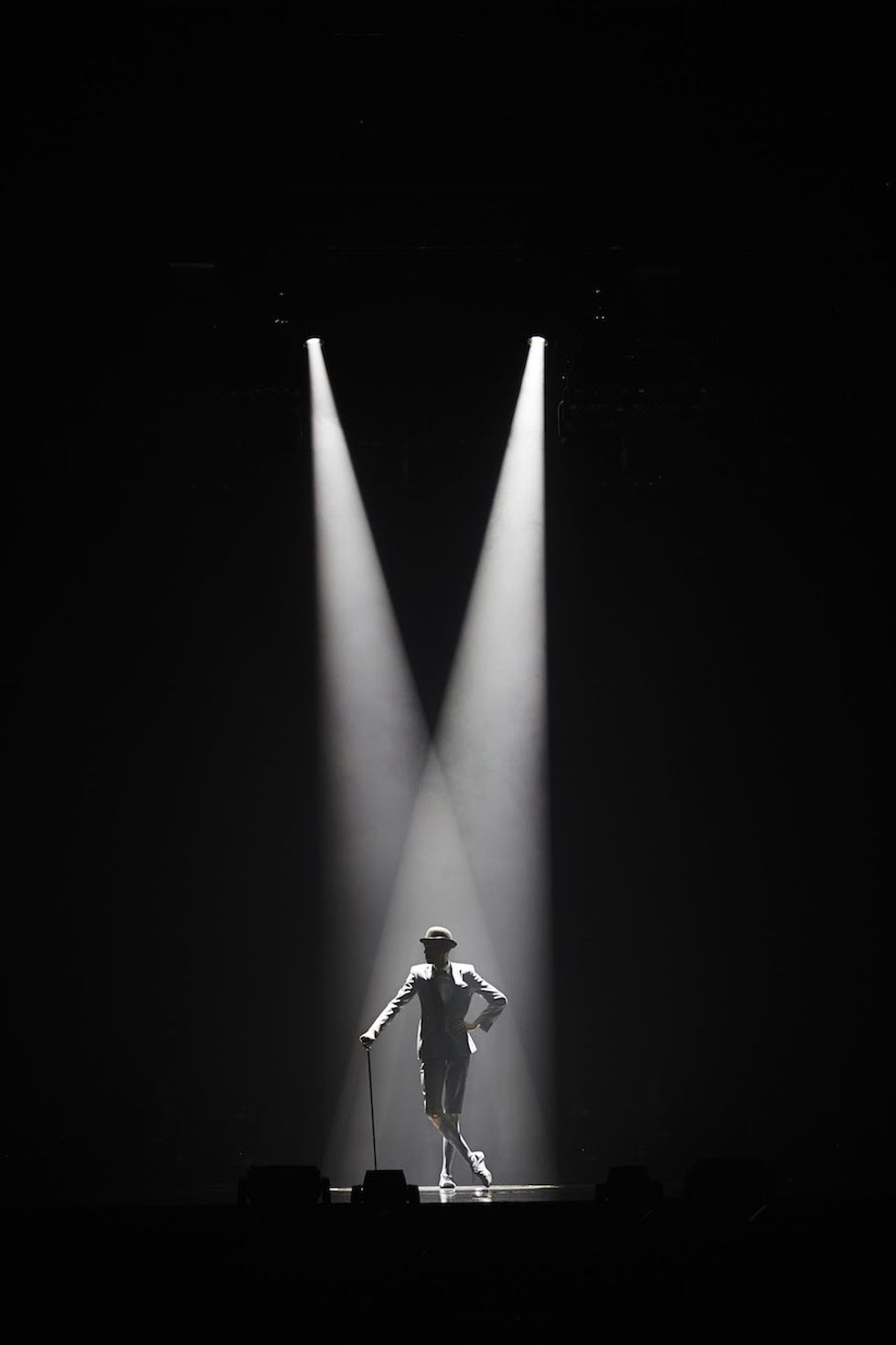 Earlier this year, Stromae embarked on an unprecedented 209-date tour, which saw him performing to sold out crowds across 4 different continents and gaining the praises of Kanye West, Madonna, and Major Lazer, to name a few. The musician topped it all off by becoming the first non-English speaking artist to sell out New York City’s Madison Square Garden.

If you weren’t able to catch Stromae during his world tour, worry no longer. The Belgian-Rwandan singer is releasing √ Live, a 120-minute long, live concert video featuring an electrifying performance that took place at the Centre Bell in Montreal, QC during his North American tour.

The video captures Stromae’s magnetic stage presence as he performs 17 of his most notable tunes—including “Ta fête,” “Ave Cesaria,” “Quand c’est,” “Carmen,” “Papaoutai,” and many more. √ Live will also be released as a concert DVD along with an 80-page photo booklet.

You can check out the full concert below and purchase √ Live when it drops tomorrow.