Stromae Performs 'Papaoutai' In The Streets Of New York City 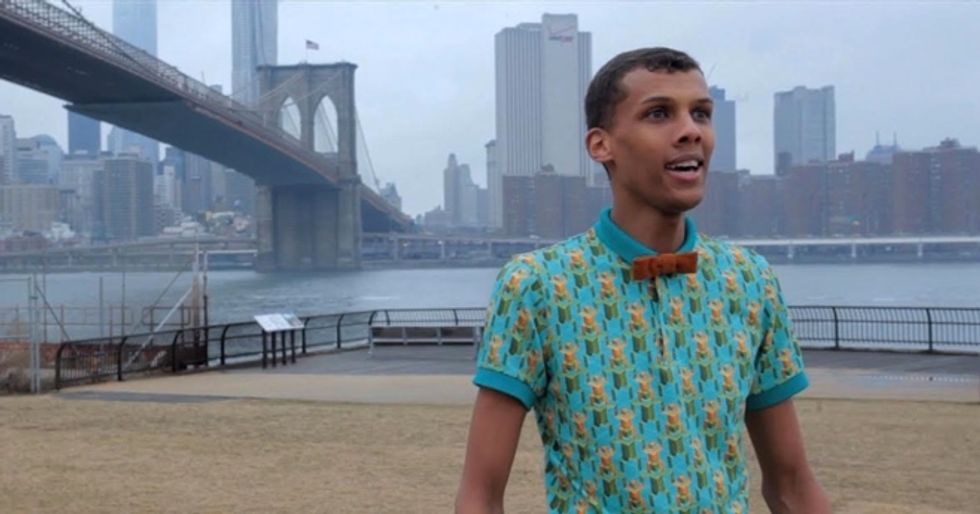 Stromae perfroms his Racine Carrée hit single "Papaoutai" across the streets of New York City for the latest installment of his popular 'Lessons' videos, which are being revamped to promote his upcoming 10-concert North American tour. After a high-profile introduction featuring the likes of Lorde and Madonna (both Stromae fans), the clip follows the Belgian pop artist to Times Square, Brooklyn Bridge Park, Williamsburg and, even, a subway car as he plays his track for puzzled New Yorkers. The street performances culminate at Madison Square Garden, where Stromae will headline in October on a bill alongside Janelle Monáe and Jidenna. Watch "Stromae Takes America - 'Papaoutai' In New York City" below via Pitchfork and see his full North American tour dates underneath. Tickets for all shows are available now.