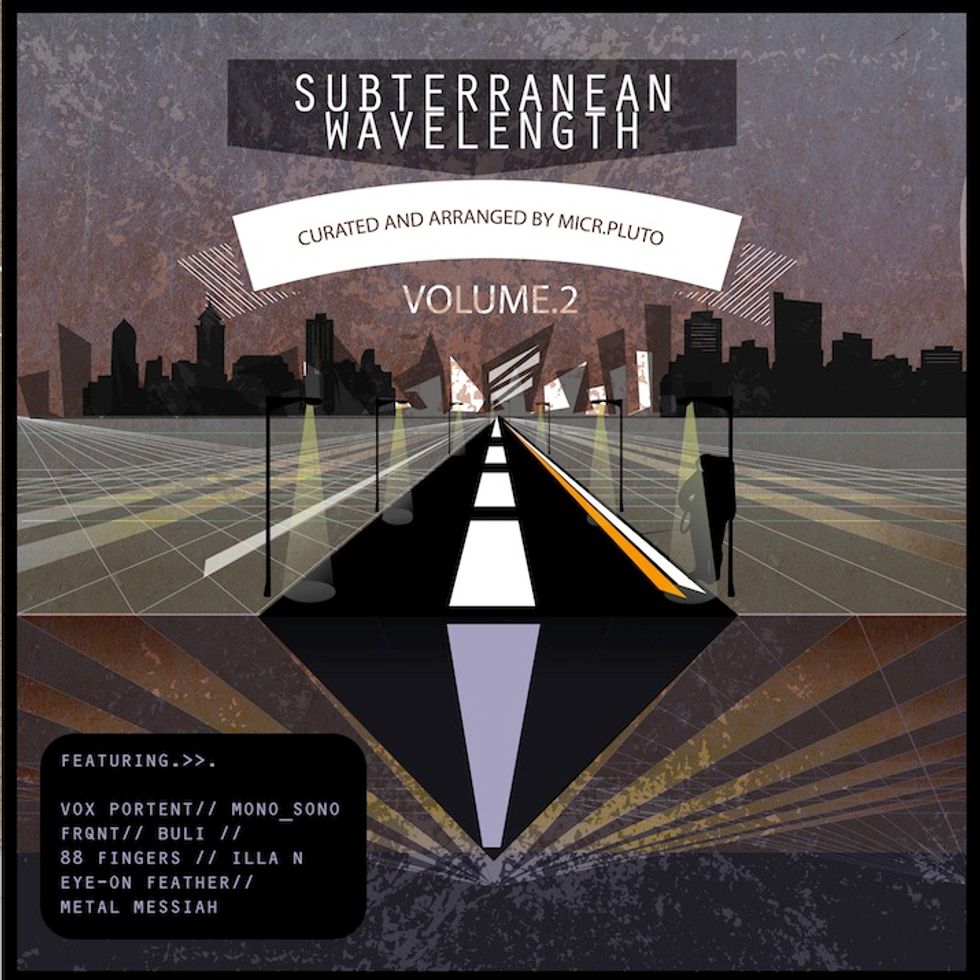 Subterranean Wavelength is a series of beat compilations which aim to expose the burgeoning African experimental electronica movement one city/region/state/province at a time. It’s a collaborative project between South African beat maestro Micr.Pluto, as a curator/executive producer, and myself [Edward Kgosidintsi] as a writer. We both saw so much suppressed beauty in the local beat scene in Johannesburg. It's full of artists trapped behind a smog of inconspicuousness without access to their intended audience. Their music reaches only as far as their peripheral networks of friends because it doesn’t suit the mould of local media, and at the same time it clashes with foreign preconceived notions of what African music should sound like. And so it remains marooned in the wilderness of the internet, enjoyed as an endangered delicacy for those in the know. We hope that Subterranean Wavelength can become the mantelpiece on which this extraordinary isolated talent can be displayed to a wider interested audience. The concept we envisioned was a compilation to reveal the lesser known dimensions of African electronic music– a meticulously selected bouquet of the most imaginative electronic compositions: No club music; no cheese; no accidental simplicity. Just pure leftfield content cultivated from the inexhaustible pastures of the contemporary African music landscape.

The first installment in the series, which premiered in May on Okayafrica, was set in Johannesburg, and featured exclusive contributions from Micr.Pluto, Hlasko, The Watermark High, Escapism Refuge and Hawkword. Though the project received an overwhelmingly positive reception, we couldn't help but notice how many Joburg and Pretoria-based producers we had missed the opportunity to include. And so we set about compiling a second installment with a fresh batch of producers from the same region. The process was more than fruitful, and it crystallized into the Subterranean Wavelength 2: A Further Exploration of The Gauteng Beat Movement, which premieres today on Okayafrica.

The compilation is stuffed with cloudy pools of plug-in chiselled soundscapes and surgically-peeled samples. It features eight producers (split from each city). The producers featured are: Buli, Metal Messiah and 88 Fingers from Pretoria; and Vox Portent, 0_0_0_0, FRQNT, Eye on Feather and Illa N from Joburg. The tempos range from droopy soul bopping lows to spilled snared mids. The tones are generally pensive, zoned out, and buoyant. It’s a cornucopia of heterogeneous genres and elements: instrumental hip hop, tattered synthetic jazz, char-grilled future bass all packaged in the 9-track compilation available for stream/download now. We hope that you enjoy listening to it as much we enjoyed putting it together.