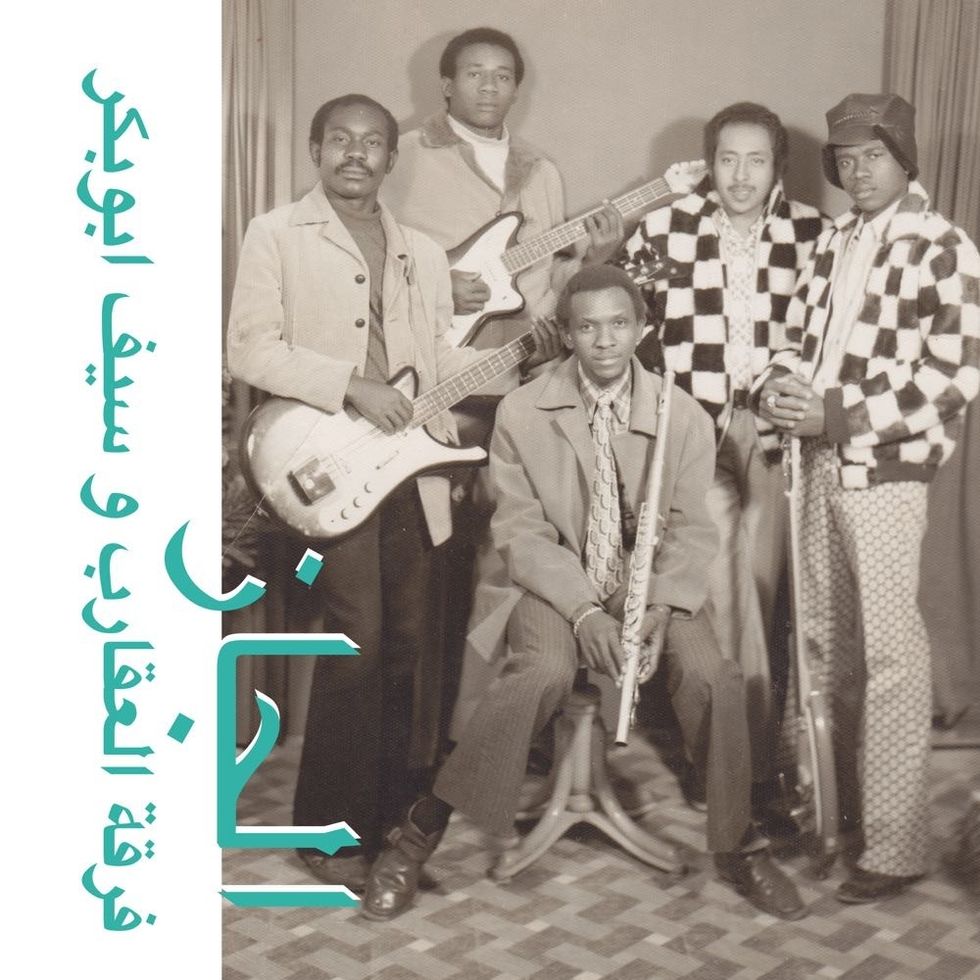 We premiere "Nile Waves" from the first official reissue of their 1980s album Jazz, Jazz, Jazz.

The Scorpions & Saif Abu Bakr's long-forgotten album, Jazz, Jazz, Jazz, is credited as being one of the key releases from Sudan's jazz scene.

Recorded in 1980s Kuwait, the rare 10-track album showcases a unique fusion of styles and is now getting it's first official reissue from Habibi Funk.

"The music is a unique combination of incredible horn arrangements powerfully performed, a vigorous drummer contributing a funky backbone and Saif uniting those elements," Habibi Funk label owner Jannis Stuertz tells OkayAfrica. "The results range from instrumental tracks awaking memories of 1970s crime thriller soundtracks to more Sudanese-rooted tracks, a lot of them modernized versions of traditional tribal rhythms and even an excursion into Soukouss."

Today we're premiering the new single from the album, "Nile Waves," an instrumental, funk-infused track that will have your head-nodding.

Below, Stuertz gives us a bit more background on this release.

"I heard about Seif Abu Bakr and The Scorpions for the first time maybe 3-4 years ago. Their album Jazz, Jazz Jazz ended up on my radar because of an eBay auction; it might have been the first auction for this particular album on the platform. While the bids kept on rising daily up to a staggering $1000, if I recall correctly, I was intrigued about the snippet preview bits of the music on this album as well as by the impressive artwork."

"I remember I did some quick research in the aftermath of the auction (which I obviously did not win) to gather some information about the band but apart from some vague bits and pieces I could not find anything. In most encyclopedic overviews of the Sudanese music scene of the 1970s the band appeared as a mere footnote. How come? I really do not know."

"While all of our reissues so far have been compilations in the sense that we put together our favorite selection of tracks by one artist, this album will be our first 1:1 re-release, simply because the quality of the albums does not fall off on a single track. With its eclectic influences it birthed a one-of-a-kind new mixture and serves as a blueprint for what we are looking for when we release music on Habibi Funk."