#justicefornoura is the Movement Demanding Justice for Sudanese Women 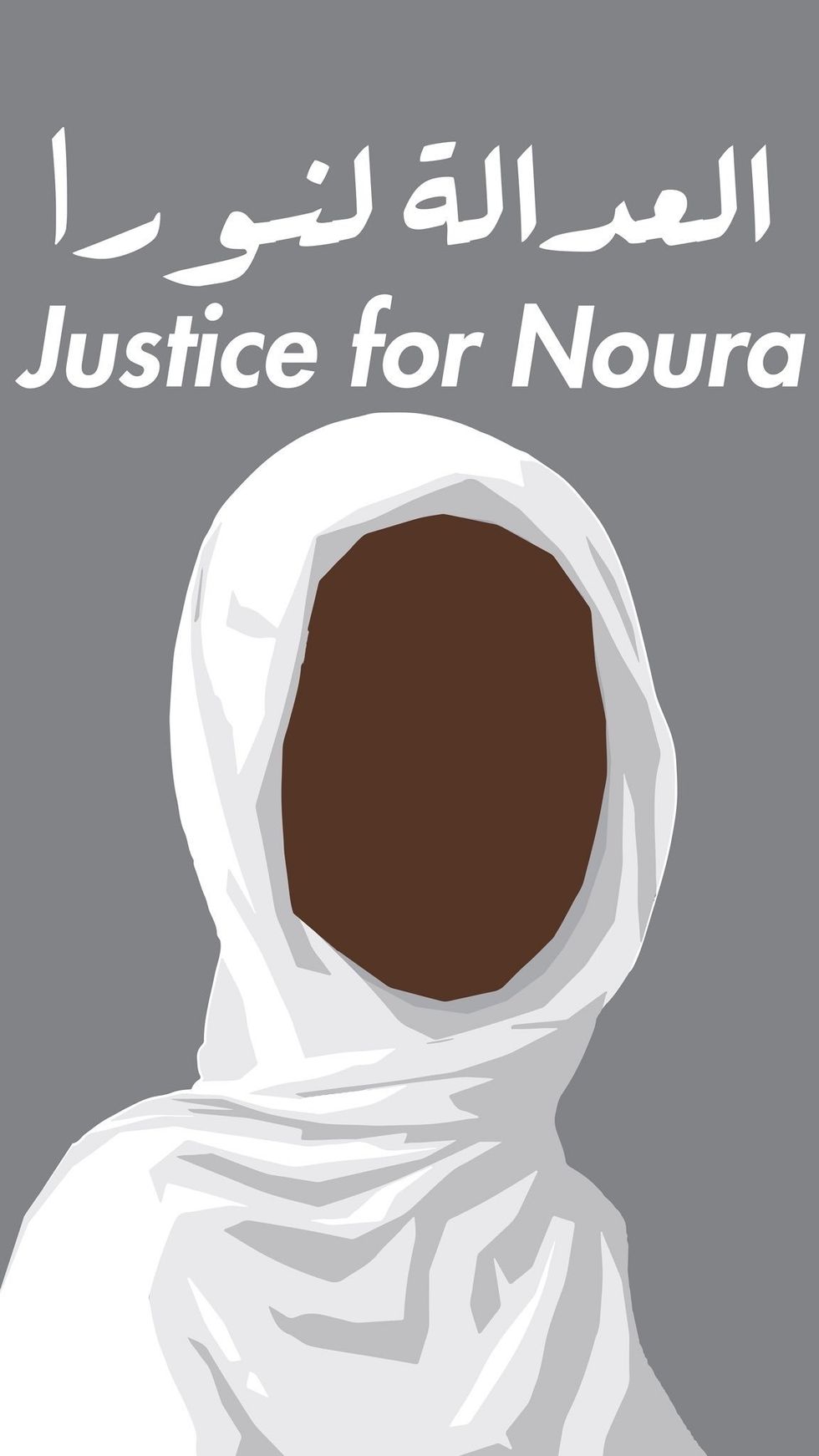 Three years ago, south of the Sudanese capital Khartoum, 16 year old Noura Hussein was told that she was to be married to a stranger. She refused. Never could she have imagined the sequence of events since that day that led her to languish in Sudan's notorious Omdurman's women's prison and, as of today, death row

In order to escape being married off, Noura ran away to Sennar State to live with her aunt. After staying there for 3 years, she received a call saying the wedding was off and that she should return home. Eager to see her family, she arrived back only to find that plans for her wedding were in full swing and this time round she would not be allowed to escape.

After Noura's wedding she alleges that a number of men, her husband's relatives, entered her home, asked why she was rejecting intercourse with her husband and then held her down as he raped her.

The next day, this time on his own, he allegedly tried to rape her again. Grabbing a knife Noura says she stabbed him, resulting in his death. Noura was found guilty of murder and was today sentenced to death. Marital rape is not a recognised crime in Sudan and unless the family of the deceased choose to accept 'blood money' the death penalty is the punishment for murder. So as her legal team prepare to appeal, the teenager's plight has sparked a social media campaign created by members of the community both in Sudan and the diaspora with the hashtag #justicefornoura.

This in turn has opened up discussion among the Sudanese community on social media regarding an array of issues including child marriage, consent, religion and violence against women, particularly as there are those who have used the various platforms to question Noura's actions, deny the existence of marital rape and argue that it was her duty to sleep with her husband.

Sudanese-American writer Sara Elhassan Is among those that have taken to Twitter to ensure that that this hugely underreported story gains visibility and called for the criminalisation of marital rape in Sudan. She, like many others heard about the case through an article shared via Whatsapp and decided to discuss it on her Instastory. And as testament to the power of social media it has "turned into a campaign for justice.""Social media has done a great service in getting Noura's story the attention it deserves," says Elhassan. "The hashtag and petition have rallied not only Sudanese people but also others across the world."

Elhassan continues "When it comes to Sudan we've seen the impact of social media campaigns in the past, for example in the case of activist Mariam Yahia, who was charged with adultery and apostasy and faced the death penalty. The movement in support of her contributed to the efforts which led to her sentence being overturned. It also shines a light on issues inside Sudan which people outside of the country may not be aware of."

Indeed the power of social media in Sudan can also be seen through the 2016 civil disobedience movement when people held 'stay at home strikes' in protest over price hikes and fuel subsidy cuts. So despite internet freedom in Sudan being described as 'tenuous' by Freedom House and also inaccessible to much of the population, in the case of Noura, women activists in the country like Walaa Salah are at the frontline of the movement.

This is not the first time that women in and from the African continent have created social media campaigns to call out injustices and highlight individual cases such as Noura's. In November 2014, after a video surfaced of a woman at a bus stop in Nairobi being stripped and assaulted by a group of men who claimed she was dressed indecently, women in Kenya used #mydressmychoice to express support for the victim and subsequently held a protest in Uhuru Park. A year prior to that, Kenyan women had taken to social media demanding #justiceforliz, a 16 year old girl who was gang raped and left for dead, a petition followed and two years later, three men were sentenced to 15 years for gang rape and seven years for grievous bodily harm.

And in April 2016, students at Rhodes University in South Africa protested online and held a demo against the institution's attitude towards rape and sexual violence using the hashtags #nakedprotest and #rureferencelist. As #justicefornoura continues to gain traction, those behind the campaign hope to see their efforts and of those fighting for her outside of social media, pay off.

"Social media is only part of the equation," says Elhassan, "it has the power to rally people together, to support those on the ground and it creates more of a fighting chance. Silence allows injustices to happen, and as we say in Sudan, 'silence is a sign of approval.' We need to break the silence"

And through social media and #justicefornoura, the Sudanese community are doing just that.

Samira Sawlani is a writer, journalist and analyst with a focus on East Africa. Find her on Twitter @samirasawlani