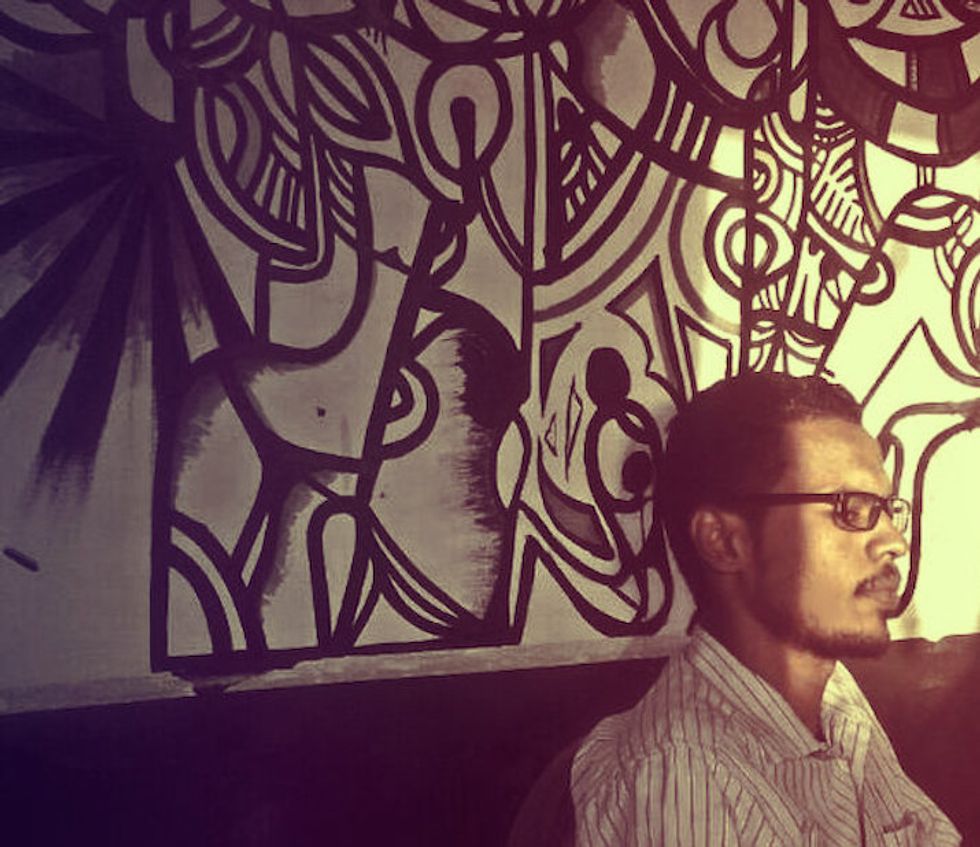 We speak with Sufyvn, the Khartoum-based producer proving that Sudanese samples make the best hip-hop beats.

The beatmaker’s main output consists of laid-back electronic tracks influenced by afrofuturism and Sudanese rhythms, as heard on his M E R O E and K E R M A releases. It’s only in his side project series Pseudarhythm that the producer blends hip-hop drum loops with samples from 1950s & 60s Sudanese cassette tapes, creating some of the best beats we’ve come across this year.

Below, we caught up with Sufyvn over Skype while he was at his home in Khartoum to talk about finding hip-hop in Sudan, sampling Haqeeba era music and his day job as a dentist.

Were you raised in Khartoum?

I grew up in Kuwait and came to Sudan in 2006. It's the first time that I'd ever been to Sudan even though I'm Sudanese. I came here for college to study dentistry. I've been living here ever since and right now I'm kind of living simultaneously in Kuwait and Sudan, going back and forth.

So are you practicing dentistry right now?

Yeah, I’ve been working as a dentist for the last 4 years in a private clinic. At first making beats was more or less a hobby, but after I graduated, I decided to take music more seriously.

You mention that your tracks are inspired by “Nubian Sudanese percussion salvaged from old cassette tapes.” Can you tell us more about your sound?

The main sound that I make is electronic music inspired by the afrofuturism movement—mainly artists like Sun Ra and Flying Lotus. The melodies sound like usual Western music but the percussion and sound of the drums are mostly sampled from old cassette tapes that I have in Sudan.

I'm trying to make this fusion of African Sudanese rhythms and make beats out of it with electronic music, creating something that’s fresh and that the average listener can digest.

The other sound I have is what you hear on Pseudarhythm, which is more of a side project. It samples Sudanese music in a basic boom bap hip-hop style.

What types of Sudanese music are you sampling in Pseudarhythm?

I sample all Sudanese music, but mainly music from the 50s and 60s, but I went as far as old Sudanese music from the Haqeeba era, as early as 1920s, and of course Sudanese jazz from the 70s. I sample it mostly from old cassette tapes from my own collection and, also from blogs and even YouTube if necessary.

I say cassettes because vinyl wasn’t much of a standard in Sudan. Artists then, and even now, don't release much vinyl due to its unpopular appeal among local music consumers, except for a few labels such as Munsphone that released limited copies from a select few artists, but most old Sudanese music was released on tapes.

Who are some of your favorite producers?

That’s a tough one, but J Dilla, Dr. Dre, Nottz, Alchemist... If you ask me in 2 days, I’ll probably give you a different list [laughs].

How did you come across hip-hop as a kid in Kuwait and Sudan?

In Kuwait I really didn't have a lot of exposure to hip-hop music until high school. My only music sources were MTV and a local radio station called Super Station 99.7. Before that I used to only listen to Arabic music, Kuwaiti music, Egyptian music, and I was force fed a lot of Sudanese music by my father too. That was until around 2000 or 2001, when I started listening to American music. I started with everything basically, pop music, hip-hop, rock, metal, whatever. I kept an open mind and tried to absorb everything.

One of the first hip-hop albums I heard was Eminem's Marshall Mathers LP. I bought the cassette then bought the CD and was fascinated by it. Then I started listening to other rappers, it was mainly mainstream acts like Eminem and Tupac. I only found out about underground producers like J Dilla around 2009.

I didn't even know about sampling back then. I found out about it much later around the time I started making beats..

The scene is relatively small, still under-developed, there isn’t much going on except for a very few activities in small venues every now and then, and of course the internet. But it's growing slowly, which is the case with most countries in the region.

What are young people listening to in Sudan?

They listen to everything. Mostly Sudanese music but also American mainstream music and Arabic music, which have always been popular among young Sudanese listeners.

Sufyvn's 'Pseudarhythm Vol. 1 & 2' and his other releases are available for purchase on Bandcamp.