Is Sugarboy Nigeria's Next Reggae-Dancehall King? 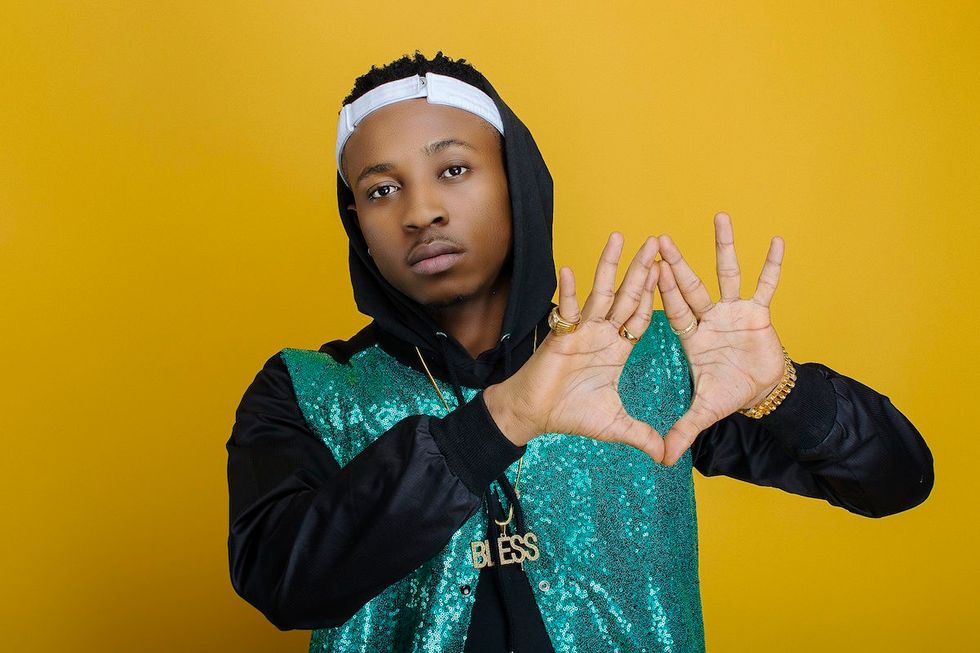 24-year-old Sugarboy, who describes himself as Africa’s “dancehall king,” has the daunting task of matching the continuing rise of Kiss Daniel.

Kiss Daniel's debut New Era, released back in May, has been a huge success peaking at number 8 on the Billboard World Album charts, propelled by monster singles “Woju," “Good Times,” and “Laye."

Only one artist was featured on the entire album. His name is Sugarboy, the 24-year-old Akwa Ibom native who has the daunting task of matching, and possibly eclipsing, the continuing rise of Kiss Daniel.

Comparisons between Sugarboy and Kiss Daniel are unavoidable given that they're label-mates at the start of their careers with everything to prove. Kiss Daniel’s New Era has done exceedingly well and its title isn't an overstatement. Along with Reekado Banks, Korede Bello and Tekno, Daniel and Sugarboy occupy the next stratum of afrobeats stars right after the Wizkid and Davido column.

“Napo” and “Ghetto Boys” are two of the songs on New Era that Sugarboy is on, but before these were “Molue” and “Raba,” both orphaned singles that showcase what Sugarboy says is the “musical synergy” he shares with Kiss Daniel.

We spoke over the phone and right before a studio session in Lagos where he was putting the finishing touches to a new single, “Legalize,” having just returned from the German leg of Kiss Daniel’s tour.

Subarboy’s enthusiasm for the music he's making and the reception it's receiving is palpable. His output, however, is not substantial.

His solo singles—“Hola Hola,” “Double,” and most recently “Legalize”—aren't enough to give a rounded sense of who he is as an artist. “Double” is about one’s hustle and the hope that it'll one day pay off, “Hola Hola” is a triumphalist tune about living the good life because, "this life, I cannot kill myself" and “Legalize” is a breezy dancehall track infused with a particular Nigerian ghetto parlance—“ekute no be race horse,”“ishu no be cocoyam.”

Sugarboy. Photo courtesy of the artist.

Is “Legalisze” a good song? Yes. Is he reinventing the dancehall-galala wheel? No. But he's changed a few nuts and bolts and has fitted it to his own musical vehicle, which is in an upward trajectory.

Sugarboy describes himself as Africa’s “dancehall king,” but what he's probably referring to is "galala" which is an interpretation of dancehall that has become a confident cousin, rather than a feeble nephew made popular by the likes of Daddy Showkey, Baba Fryo, African China and Danfo Drivers.

“Napo” and “Raba” are two very good songs but it's the former that points to a lineage I refrain from mentioning, not sure if he'd be pleased with it. Danfo Drivers were one of the biggest Nigerian pop acts in 2003 on the strength of their single “Danfo Drivers,” a made-up equivalent would be a go-getter anthem like Cassidy’s "I'm A Hustla" reaching the popularity level of Pharrell's "Happy".

Sugarboy jokingly refers to him and Daniel as “the new Danfo Drivers,” but Sugarboy’s aesthetic is clean and his reputation unsullied so far, while Danfo Drivers were far more convincing as hood stars who were even alleged to have once been armed robbers before turning to music.

But Sugarboy is of a different ilk and what's more, he's got everything going for him. The hope is that the comparison to Daniel and expectations to match or supersede him does not distract him from pursuing his own path.

In choosing to work with some of the same producers Daniel worked with on New Era—Beatburx and DJ Coublon in particular—the hope is that rather than retrace Daniel’s rise, what he's doing is building on the impressive work that G Worldwide Entertainment, as a new and independent label, has done so far.