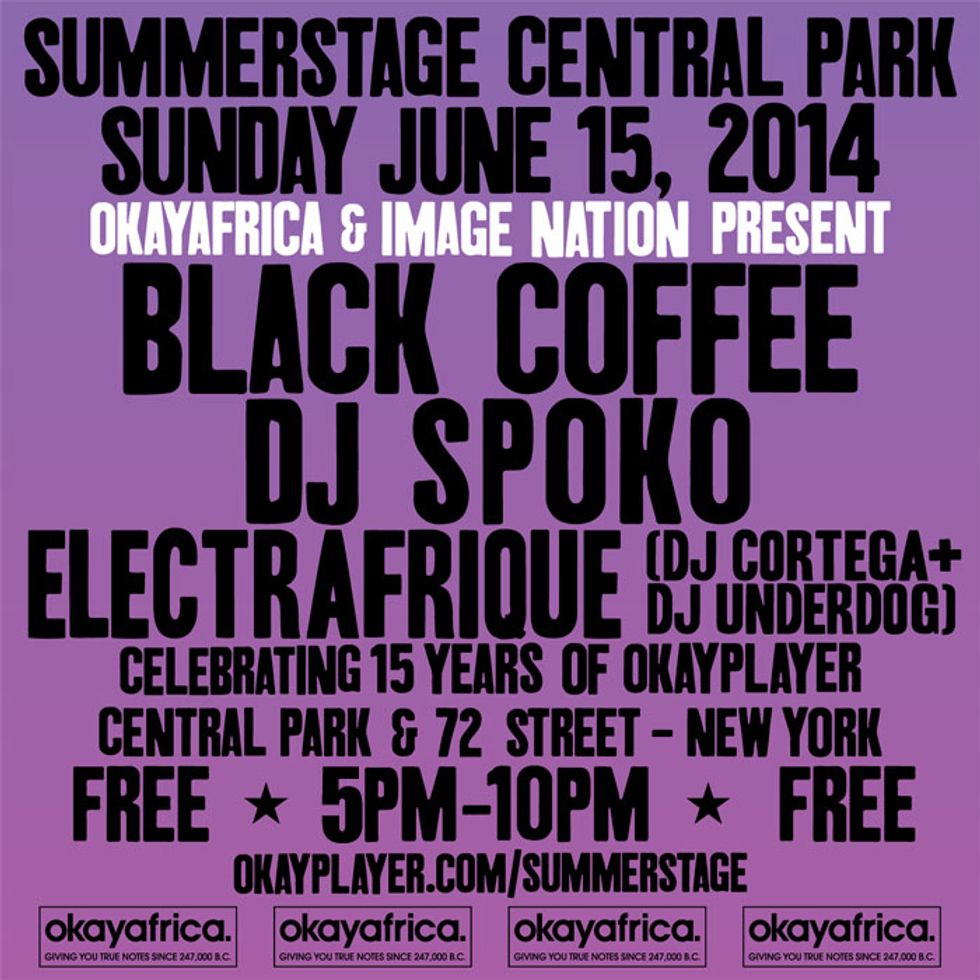 This Sunday Okayafrica presents a special night in celebration of 20 Years of Freedom and Democracy in South Africa and the National Youth Month at this year’s Central Park SummerStage concert series. Presented in collaboration with the South African Consulate General-NY, the BIG South African house bash will feature performances from SA's reigning DJ/producer king Black Coffee, bacardi house mastermind and one of the leaders of the new wave of SA dance (and not to mention a Fantasma bandmember) DJ Spoko, as well as our very own Electrafrique DJs Cortega and Underdog. Electrafrique starts at 5pm, right at doors, so get there EARLY! Warm up with Cortega's all-Black Coffee mix here.

Electrafrique starts at 5PM, right at doors, get there EARLY!

Starting today we're offering up one pair of backstage passes to Okayafrica Presents Black Coffee, DJ Spoko & Electrafrique at Central Park SummerStage. To enter to win, all you need to do is share this photo on facebook. A winner will be selected and notified on Saturday.

FREE before 11PM with RSVP