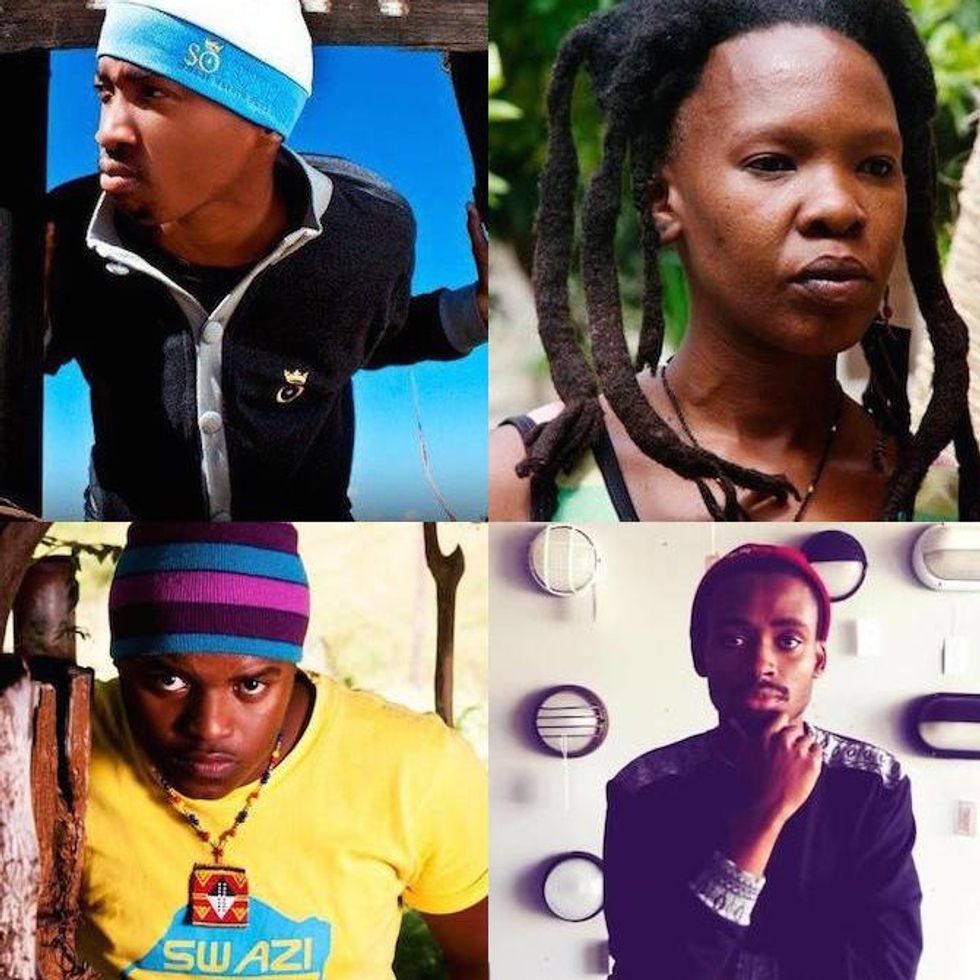 Sabelo Mkhabela compiles an hourlong mixtape of the best Swazi hip-hop for Okayafrica.

As a follow-up to his story on the rise of Swaziland's hip-hop scene, Okayafrica tapped Sabelo Mkhabela to assemble a mix of the best hip-hop coming out of the tiny kingdom. In the hourlong Swazi Hip-Hop Mixtape below, Mkhabela showcases music by the thirteen Swazi rappers and producers he previously highlighted, including 80 Script, Qibho Intalektual (who himself is a member of Swaziland's most prominent poetry movement), Crax, Jazz P, MP, Kena, Mozaik, Psycho Lution and Extasy.

"Though existing in an unstable industry, Swazi hip hop has a reasonable number of artists whose craft is ripe for the world’s ears," Mkhabela told us over email. "This mixtape is a selection from a list of my personal favourite Swazi hip hop songs both old and new. Most of them are available for free on the net, except a few which I requested from artists for use for this mix. The sound varies as much the subject matter and the styles."