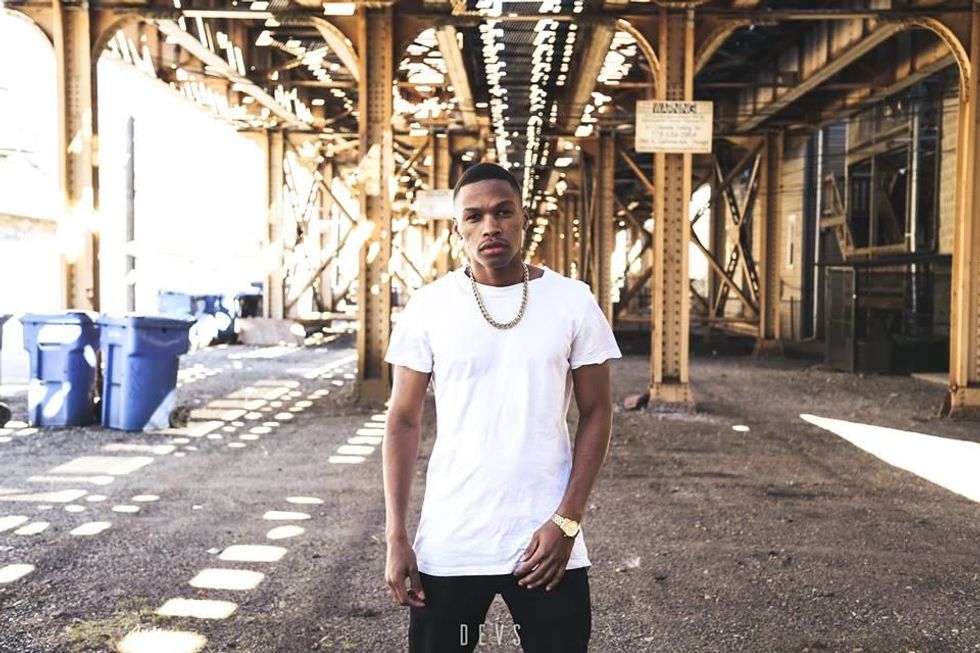 For 6 years, Sakhile Nkambule has been successfully running Swaziland's Hipnotik Festival without any major sponsors.

SWAZILAND–After Bushfire, the annual Hipnotik Festival, is Swaziland’s biggest and most anticipated music event, boasting an attendance of 5000 in 2016.

Now going on its sixth year, the festival has hosted major South African and Swazi hip-hop artists such as Cassper Nyovest, Kwesta, Emtee, Reason, Da L.E.S, OkMalumKoolKat, Nasty C, 80 Script, and Psycholution, among others. It's, without a doubt, the biggest hip-hop festival in the country.

“It was initially planned as my birthday celebration and, as we planned, it grew into this idea that we felt we needed to share with everyone,” says Sakhile Nkambule, the founder of Swazi Jive Entertainment, the company behind the festival. “Hip-hop was not the coolest genre at the time. In fact people made fun of us for attempting to introduce a hip-hop festival, but we trusted the process.”

Nkambule and his team have been pulling off an event of this magnitude without any external sponsors. While he doesn’t reveal much detail, he acknowledges that it hasn’t been easy, before attributing Hipnotik Festival's success to support from the fans and the people that believed in his vision.

“This year will be different, though,” he says. “We have proven our value, and are open to sponsorship opportunities. If it works with the brand, we will consider it.”

Currently living in Chicago, where he's pursuing his studies, Nkambule describes himself as a young entrepreneur who sees himself as a future billionaire. His inspiring blog posts recount his journey to success and entrepreneurship, the best being “My Fear, Faith and Foolishness” in which, he touches on how fear can prevent you from attaining the things that make life exciting.

“The blog is the only place I get to fully express myself without the fear of being judged or having to live up to anyone's expectations,” he says. “I tell my stories, real stories about my journey as an entrepreneur, a brother, a son, as a human, you know. People tend to forget that people that have experienced some sort of success also experience the same emotions, have the same fears, and that's the only space where I can show that part of myself.”

Last year’s Hipnotik Festival was marred by drama. AKA, who was one of the headliners, pulled out a few days before the event, leading to one of the rapper’s infamous Twitter rants. He was said to be replaced by Burna Boy who eventually didn’t pitch up. During the event itself, there were a number of disappointments such as late starting times, some artists not pitching and the bar not having sufficient drinks. Nkambule says he and his team can only learn from such mistakes.

“Every year we have challenges and every year, during our post meetings, we find solutions to avoid repeating those mistakes,” he says. “At our level, there are some things we can't do (such as late starts), therefore I had to make significant changes to my team and how we run things. Everything at this stage is based on excellence and that mentality in our office will translate to our productions.”

There is also hope of AKA gracing the Hipnotik stage again as Nkambule admits the rapper is a great artist, and that he continues to contribute positively to the culture. He hopes they can put their differences aside.

This year’s theme for the festival is 'The Magic Returns.' “A lot has happened since we embraced urban culture in southern Africa,” Nkambule explains. “Hip-hop artists are making money now and winning awards, promoters are getting interviews (*cough cough*), egos are getting inflated, and we're all forgetting the magic that brought us together and gave us everything we have: the music!”

He mentions that there are a lot of surprises in store for this year’s event, the details of which he’s keeping mum about. One of the biggest changes to the festival is that this year it will span over two days.

With the growth of hip-hop and the quality of music released, everyone is expecting more Swazi artists to headline this year’s edition. Nkambule agrees. “Definitely expect more Swazi artists on the line-up this year,” he says. “We don't book artists based on where they're from. If it's good music that resonates with our audience, we give it a chance. Swazis have learned this, and have stepped their game up. We're looking forward to welcoming artists from Zambia, and even as far as Haiti.”

Not one who's short of motivational quotes, Nkambule’s words to aspiring entrepreneurs are: “Dream big! Also read as much as you can and get financially literate.”

This year’s Hipnotik Festival takes place between July 7 and 8 in Ezulwini, Swaziland.

2017’s line-up, so far, includes South African acts such as Cassper Nyovest, A-Reece, Anatii, Gigi Lamayne, among others. Adrienne Foo , LO will be representing Swaziland. Case Buyakah and CR Boy from Mozambique will also be performing. View the line-up here.