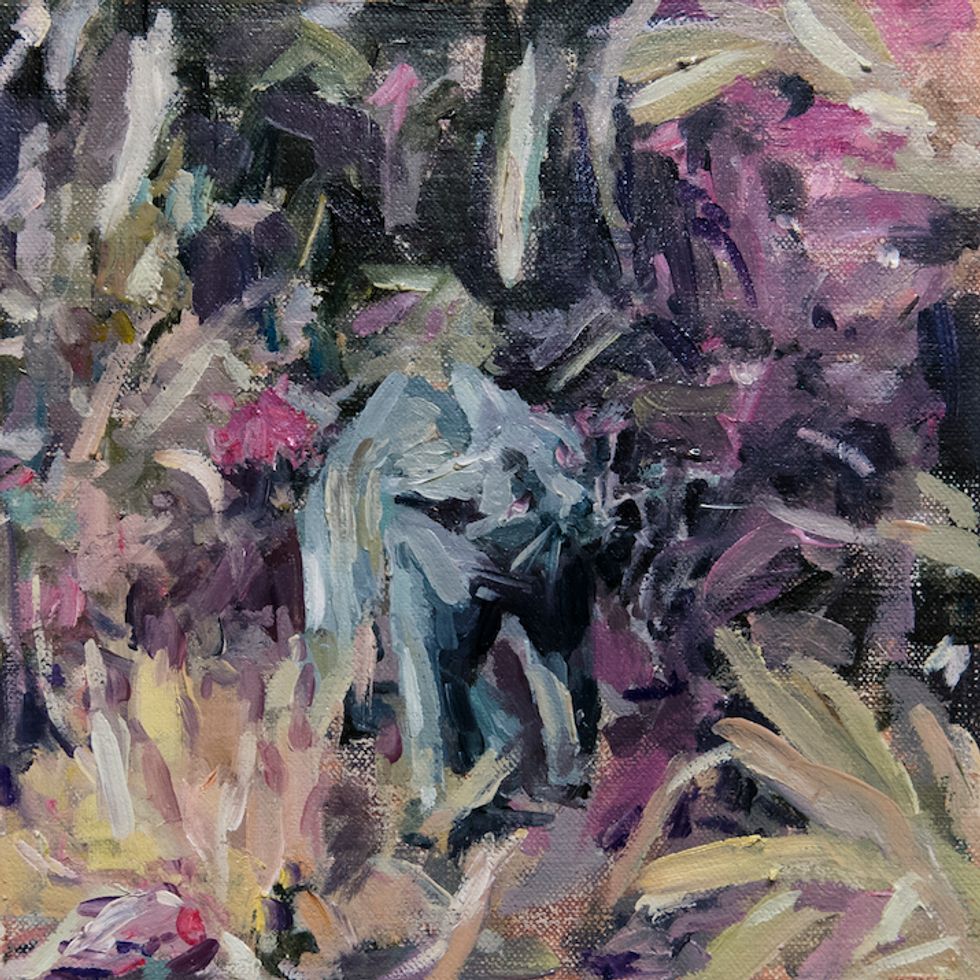 Who's Sylvan Aztok: he’s Cape Town producer Simon Kohler, one of the most promising additions to the discography of SA electronica since Card on Spokes. His music is a fauvist’s fantasia of smelted forms, decomposed elements of jazz, African and Eastern folk, trip-hop and sound design. It's feral and effervescent — the sound of a bionic primordial creature awakening from infinite hibernation.

His debut album S Z transports the listener to the stone age via space travel. It's an alchemistic cauldron of bristled bells, wind chimes and plucked instruments, hollow smoke signal pads which wisp through the skull in currents, gently interfering with each other. It’s basted with frail but lucid references to a haunted history. Something decaying as it grows; destroying itself as it nourishes the world: A well-enriched metaphor for Africa as well as the rest of humanity. The record is deceptively soothing. It slips you into flotation, the ebb and flow of anxiety and tranquillity, largely symbolic of modern African life. The more acoustic tracks like "Hakan," "Glue" and "Woodhead Tunnel" seem enchanted, mystic almost, like tales from an undiscovered ancient city. Then there are darker, more corroded songs like "Jupiter E.T.," ") l l (" and "Arodia" — the latter of which features sonically mutated field recordings of ululations commonplace at traditional Nguni (the largest South African tribe) ceremonies. The closing piece, entitled "Arca,"  is an ambient transcendental lullaby, like the ascension of a spirit from its body.

What makes this album so monumental is that it’s evolved without homogenizing to suit the genre. Most modern African electronic music is more recognizable as 'electronic music' than it is as 'African.' S Z is refreshingly disobedient that way. It cloaks its references in a blanket of seductive disorder. Brian Little’s surrealistic video for the triumphantly melancholic "Martian Jungle 7" creates a visual diagram of the song’s vividly forlorn essence. The entire project is an extra-sensual labyrinth of multi-dimensional planes, one which you relish getting lost in forever. It’s got all the best ingredients of the more acoustic left field electronica of the late nineties: Bonobo, Fourtet, Amon Tobin et al. Sylvan Aztok shares something they all do: the ability to create the newest sounds from the oldest ones, to reconstruct folk music to fit the parameters sound engineering technology has afforded him without compromising its soul. The full album and music video for "Martian Jungle 7" is as of now available for stream below. We wish you a safe journey.