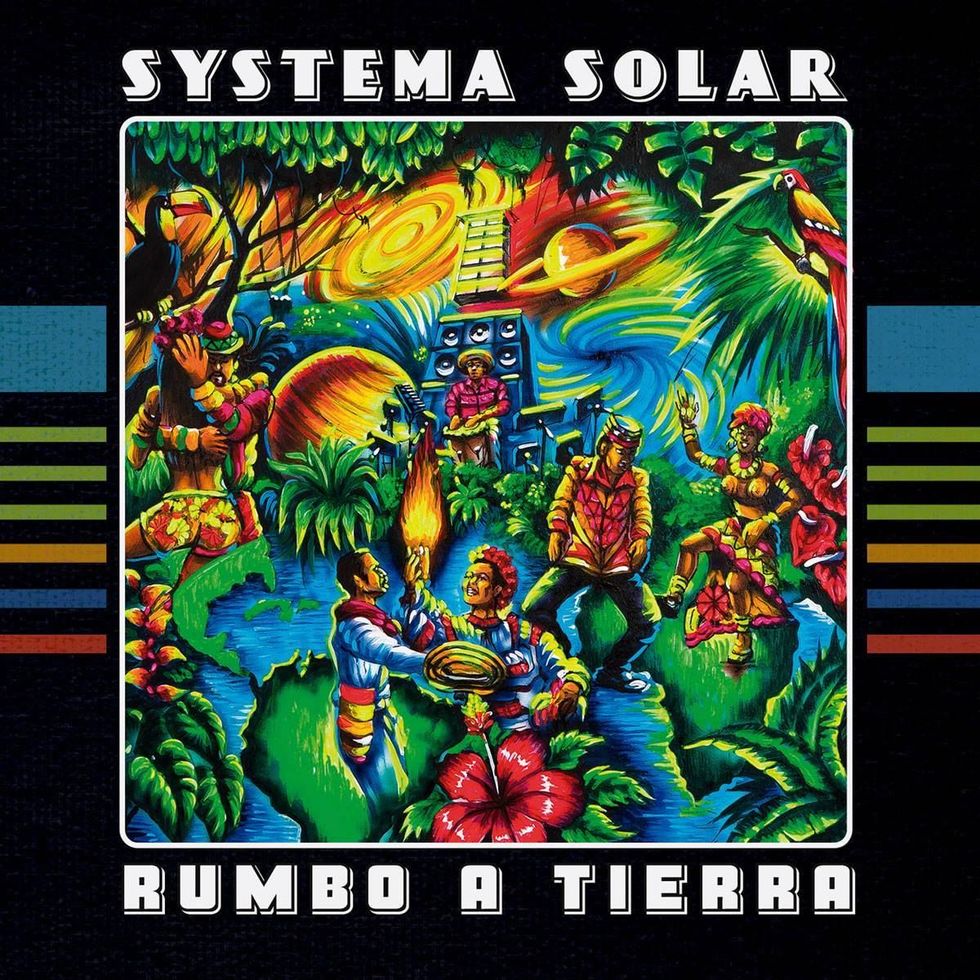 The collective Systema Solar, musical ambassadors to Colombia's Caribbean coast, share the 10 things they love most about Afro-Colombia.

In this new installment, the dynamic collective Systema Solar, musical ambassadors to Colombia's Caribbean coast, share the 10 things they love most about Afro-Colombia. The group's new album 'Rumbo a Tierra' is available now.

KZ Son Palenque in the city of Barranquilla is excellent. KZ is the place where the verbena, or sound system parties take place, and where you can enjoy dancing to a Picó. While there you'll probably hear Congolese music, like classic tunes from the master, Lokassa Ya Mbongo.

Rondón is a typical islander dish from the Afro-Raizal (the creole-English-speaking inhabitants) population. Rondón’s pronunciation is derived from the English “RUN DOWN.” It's a coconut milk-based stew with fish, snail, pigtail, accompanied with yam, cassava, plantain, bread fruit and dumpling. We love listening to our friend Elkin Robinson’s music while a delicious Rondón is being prepared.

We once played the Festival De Tambores (drum festival) in San Basilio de Palenke. Whoever visits can be easily captivated by its beauty, musical power, and in general, by the cultural practices of the wonderful people from that place. They're truly a part of Africa in Colombia.

Check out Kuagro collective and Kombilesa Mi(our friends) who aim to safeguard their language, the Palenkera tongue from San Basilio de Palenke. On top of preserving their own culture, they're an example of resistance and dignity from the Afro-Colombian community.

You have to look up the master Candelario Obeso’s work, which has always stood for the contribution African cultures have had on Colombia. He wrote dramas, comedies, pedagogical texts and two novels, as well as articles related to Colombian politics of his time. He also translated Shakespeare’s Othelo and numerous plays by Victor Hugo, Byron, Must, and Longfellow among others.

The diffusion of Afro-Colombian thought

Angel Perea Escobar analyses and diffuses African thought and beauty through powerful writing that's full of flavor, without being condescending to its reader. Escobar is a true sweetheart, with him, the reviews and contexts of all the constellations of Afro-Colombian art and life are always backed by effective data. Recommended for anyone who’s interested in learning about the stellar Afro-Colombian universe.

It’s impossible to go to Colombia and not experience the display of strength, power, and great Afro-Colombian cultural vibrations from the Pacific coast. The yearly Petronio Alvarez Festival in Cali is the best manifestation of the culture from that coast, whose seas, rivers and jungles irradiate wisdom and dignity year after year.

El Palenke de San Jose De Uré, an hour apart from Montelibano in the county of Córdoba, has an Afro-Colombian community that is known for protecting its memory and looks to project itself to the world.

The legacy of the doctor, anthropologist, writer and researcher Manuel Zapata Olivella, is key to knowing the history of African people and cultures in Colombia. Changó, El Gran Putas, Chambacú Corral De Negros and La Rebelión De Los Genes are part of his work.