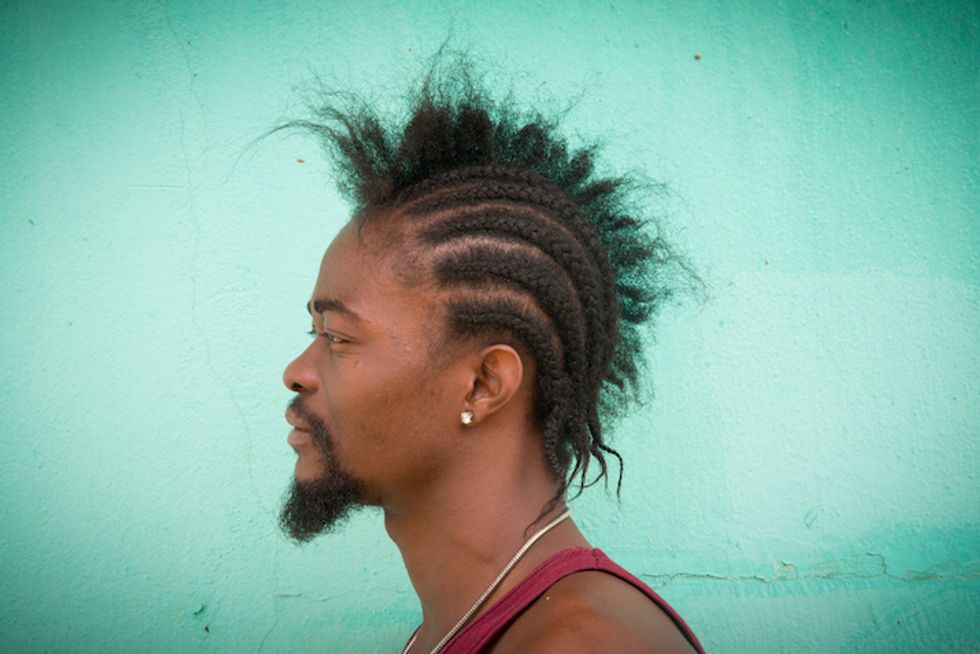 Liberian hipco maestro Takun J is known for being an outspoken critic of his nation's government. Takun J, who's no stranger to police brutality, has consistently produced records that shed light on the country's social and political discriminations and his new singles are no different. In "Justice", the songwriter-activist addresses rampant corruption from law enforcement and government officials while making a plea for Liberia's disadvantaged populations. Similarly, in "They Lie to Us," Takun J denounces the government's failure to tackle pressing issues surrounding the Ebola crisis, proclaiming "we're tired of their lies." Both "Justice" and "They Lie To Us" feature upbeat, sing-along melodies combined with colorfully delivered lyrics from Takun J; elements that help maintain an aura of hope and positivity despite their weighty subject matter. We spoke with Takun J via e-mail, where he discussed his experiences with Liberian politicians and police, using music as a tool for activism, and the social changes that he'd like to see take place in Liberia.

OKA:  What particular events led you to make “Justice” and “They Lie to Us”?

Takun J: What I see around me, in my daily activity, is what I write about and what is around me, it’s not positive. “Justice,” I wrote, because in our country, if you don’t got money, you won’t get justice. I talk about Edwin Snowe in the song. He’s an honorable, a politician, and he assaulted me. We reported the case to the police, even hired a lawyer, because we wanted to hold him accountable but the police didn’t want to follow the case. The culture of impunity is too strong in Liberia, so I had to write the song. Now, even the police themselves, they’re fed up with it, with the way things are. They can embrace me when they see me. They understand the message in the song. They’re experiencing it, too.

I started writing “They Lie To Us” during the Ebola outbreak. Lots of people were confused, not knowing where it came from. Lots of people were dying. I felt that Ebola was killing my people. And I started looking at some of the lapses in government. The people that we’d elected, they didn’t serve our best interests during the crisis. The government is corrupt. The government lies. So the people learn it, too. We do it amongst ourselves, almost like I talked about in “Gbagba”. The representatives, we elect them and they don’t serve us. The promises that they make when we elect them, they break them. There’s nowhere we can look in Liberia where there’s no corruption. There’s no honesty. We have to change that.

OKA: There are similarities between your experiences with the Liberian government and afrobeat legend Fela Kuti’s experience with the Nigerian government. He was known for using music as a weapon against government corruption, would you say that's what you're doing with your music?

Takun J: Absolutely. We’re all in the same shoes, speaking against injustices in our society. Music reaches everybody, so I put the message into a song. And once the people feel it, the government can’t silence that. But I don’t want to just say fight the government. Definitely, the government is part of the problem, but I want to say that we can change a bad situation to a good one. As a people, our situation is hard, our lives are hard, but we can change the situation, too.

OKA: Ultimately, what do you hope to achieve through your music and activism?

Takun J: Music is a powerful way to communicate. Because my fans look up to me, I have to set the example for them, to treat our women better, to protect our kids, to hold our government accountable and I want to make sure the voices of the suffering are heard. When I say in my song "My Way" that “through my commitment and effort my people better can live,” that’s what I’m talking about. If we start talking about the problems in our society, the injustices, we can change them. I’m fighting for justice.