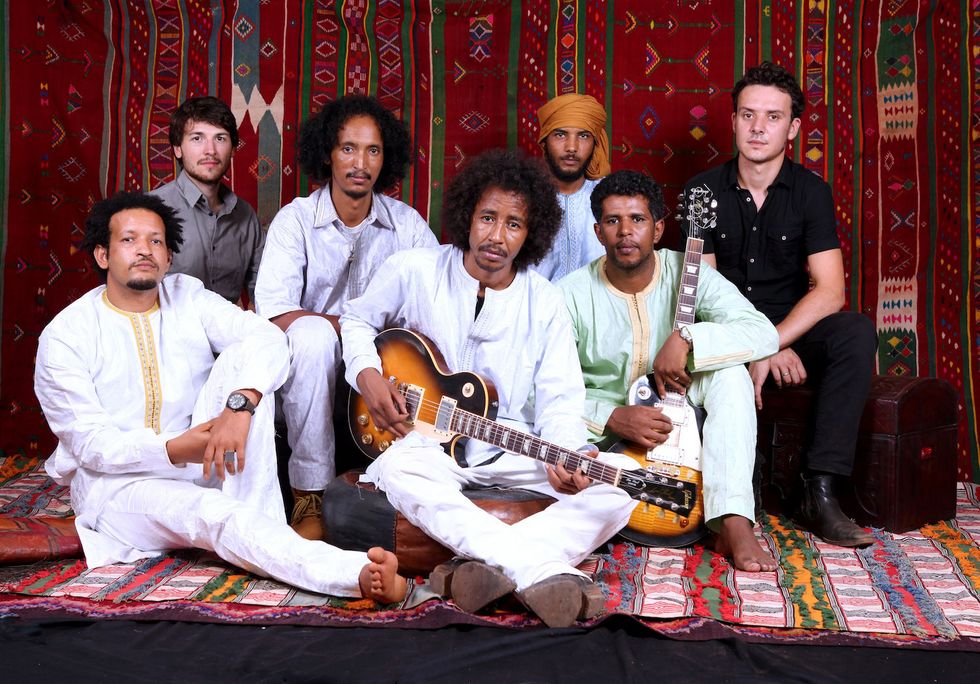 Mali’s socio-politically charged Tamikrest are back with their fourth studio album, a resilient & somber LP devoted to the band’s hometown.

Mali’s socio-politically charged seven-piece Tamikrest are back with their fourth studio album, a resilient yet somber record devoted to the band’s hometown of Kidal.

First inspired by the revolutionary tunes of musician-militants Tinariwen, the band have developed a distinct style since forming in 2006.

Representing a new generation of Tuareg nomads in an increasingly corporatized world, primary songwriter and bandleader Ousmane Ag Mossa reflects on similar themes of placeless-ness, nostalgia and indignation, having come of age during a five-year Malian civil war in the early 90s.

Much like Tamikrest’s previous records, Kidal marries Western roots rock with their own tradition of Saharan folk. There are subtle nods to country, like on the languid guitar licks of “Atwitas,” along with heavier, hard rock-inspired jams that recall the band’s love for British icons Pink Floyd and Mark Knopfler. But it’s mostly the blues that shapes their sound.

Album opener “Mawarniha Tartit” is a slow-burning number that employs the easy going grit of a standard blues progression to evoke resistance. A like-minded incantatory groove is established on Kidal’s third track, “Manhouy Inerizhan,” where themes of peace and composure are translated as power.

The lack of government presence, as well as mounting tensions between rival Tuareg clans and violent Islamist militants, have made desert towns like Kidal a site of political anxiety and social unrest. It’s this turmoil that’s inspired Tamikrest’s fourth album, a resistant solidarity that makes itself known in their roiling grooves (“Ehad Wad Nadorhan”) and stirring call-and-response choruses (“Wainan Adobat”).

The album’s most resoundingly beautiful song disrupts the record’s upbeat and masterful flow with a brief moment of introspection and rumination. “Tanakra,” one of two acoustic offerings on Kidal, is a poignantly spare song that conjures the stillness and silence of a moonlit Sahara.

Two distinct guitar lines meld melodies around a sole vocalist’s haunted musings, weaving and repeating like the infinite drift of a Möbius strip. There, in those arresting three minutes, Tamikrest and the Tuareg people find solace.