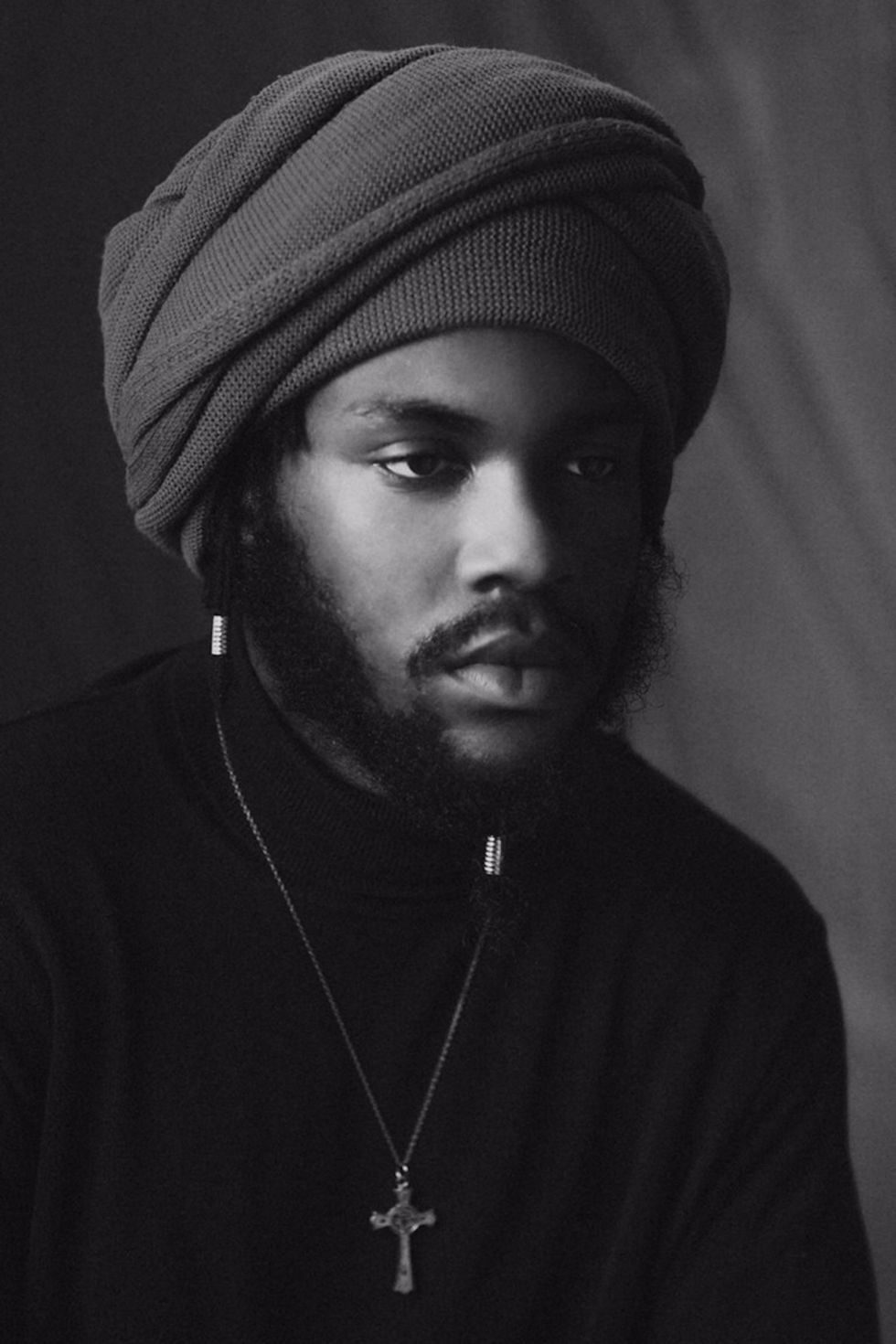 In a rare interview, the reclusive Nigerian singer and producer talks in-depth about writing and producing his new EP 1997, his forthcoming album Gemini and Nigeria's 'Alté' movement.

Tay Iwarwants some space. The word is the title of one of three songs on his new EP and also one that comes up during our interview, conducted via voice notes and texts on Whatsapp from his base in Abuja—a long way from Lagos which remains Nigeria's music hub.

The choice of the nation's quieter capital over the bustle of its music metropolis is a deliberate one for Iwar and one which fevers his reputation as a recluse and cult figure in Nigerian music circles. This especially happens among the subculture referred to as "alté"—an abbreviation of the word alternative which is used to denote the independent movement that is free from the flash and perceived vacuity of afropop. Precise definitions of the word vary but common denominators include introspection and melancholia, as well as trap and R&B.

Iwar's debut project titled The Passport (2013) was followed by Renascentia(2016) after which he released the impressive singles "Don't Do It Issa" and "Video Star," and a number of collaborations that include "LITT!" with AYLO and "Candy" with Lady Donli. Released in August, 1997 is his latest effort—an EP of three songs that are meant to whet appetites for his forthcoming debut album.

At just over three minutes, "Space" sounds bigger and more expansive than its length would suggest, on account of the slow jangle of trap snares and a hollow bounce often filled with rapping drums. The song's chorus—"leave me alone, space is all I need / to get away, away with all my dreams"—is a simple request for solitude from a spouse, friends, ideas or any restrictions, for that matter, as each featured artist interprets it in different ways.

Asked if the expressed sentiment is from a specific reference or a general desire to be left alone, Iwar says, "the most recurring desire I had at the time [of writing the song] was just to be left alone. Every artist has a phase or those several phases where they just feel like 'fuck everything, fuck all of you.' I just want to be on my own to chase some dreams. I felt like being on my own will somehow help me understand myself better."

The plea becomes existential and one that most people have felt and sought and cherished in life. It is quite a delicate feeling and a breath away from pity or insecurity or weepiness. Iwar starts out singing the hook in his delicate falsetto after which Santicomes in with his inimitable combination of patois, in a trap cadence, embellished with falsetto ad-libs that convey lyrics that are by turns cryptic and imagistic: "I got demons and the running to the attic /I got bitches and they feeding me they habits Its a madness / Man I do it one time for the bandits /50 more, we got the keys to Atlantis /But you know I had to pull up with my Gladys."

Preye, the second guest on the song, is a newcomer who spent a year interning at Iwar's Bantu Studio in Abuja and for whom he's produced a handful of songs. While Santi ladens one image over the next, one line in Preye's verse—"only getting to know me and what makes me happy / I am a complex entity made from gasoline and spice"—is strong and memorable for what would seem like an incongruent mix, but one which Iwar says is the perfect description for Preye's singing and personality and for the "tone she sets in a room. She's explosive, her voice too is strong, a voice from church."

If "Space" is self-centered, "Sugardaddy" is altruistic. It is about a girl who is "looking for a sugar daddy, late night in the garden." The theme of a seemingly rudderless woman in search for materialistic satisfaction is an old one that rarely veers from being patronising, however empathetic. The part where the woman in question chooses to pursue her plans in dim lights and on verdant grounds is what gives new fizz to a subject that has been exhaustively portrayed in song.

Iwar says the garden in his song is about "impure wants and impure desires born out of brokenness and just being used. Born out of suffering in silence."

The trap bounce and staccato snares that define the beat on "Sugardaddy" is broken by Odunsi who emphasises, in Yoruba, the song's theme in his feather-soft voice. Iwar produced the song and recorded his parts leaving out parts for Odunsi who he says "caught the vibe immediately." Iwar says he chose Odunsi to guest on "Sugardaddy" specifically because they are both aware of the "angels we have in our community" as well as the "hustle that goes on in Lagos."

Whether to refute or anticipate any accusations of being paternalistic, Iwar quickly adds that "'Sugardaddy' is not a song of judgment. It's more of a report. It's journalism. It's me observing my environment and telling the truth of the environment".

The strength in Iwar's singing voice is most apparent in the third song on 1997, "Miracle Girl," and it's only two components—lyrics and guitar—are from two separate, real life origins. He'd overheard a guitarist-friend playing the chords and immediately recognised its potential. The lyrics, says Iwar, is an edited piece of dialogue between him and an ex-lover who had given to him "terms of conditions for love" that says she would not try to love again if she loses him, a testament of affection that bounds one as much as it reassures. "Songs are like memories" says Iwar and "Miracle Girl" is one such captured moment.

The three songs that make up the 1997 EP are meant to foreground, Gemini, Iwar's debut album planned for release before the year runs out. The EP itself came out the week after "A Study of Self Worth: Yung Dxzl", MI's career retrospective album titled for which Iwar produced and mixed four songs, and featured on two, recorded at his Bantu Studios in Abuja. Iwar recalls the experience as a singular one: "I don't even know if he wrote it (his verses), to be honest, I just know I was recording his words at some point. The verses just came like it was more conversation. It was so enlightening, the whole process."

As for the continuing debate about the term "alté," Iwar's response is terse but definite: "over time it is going to be a vague description of something dope and unique".