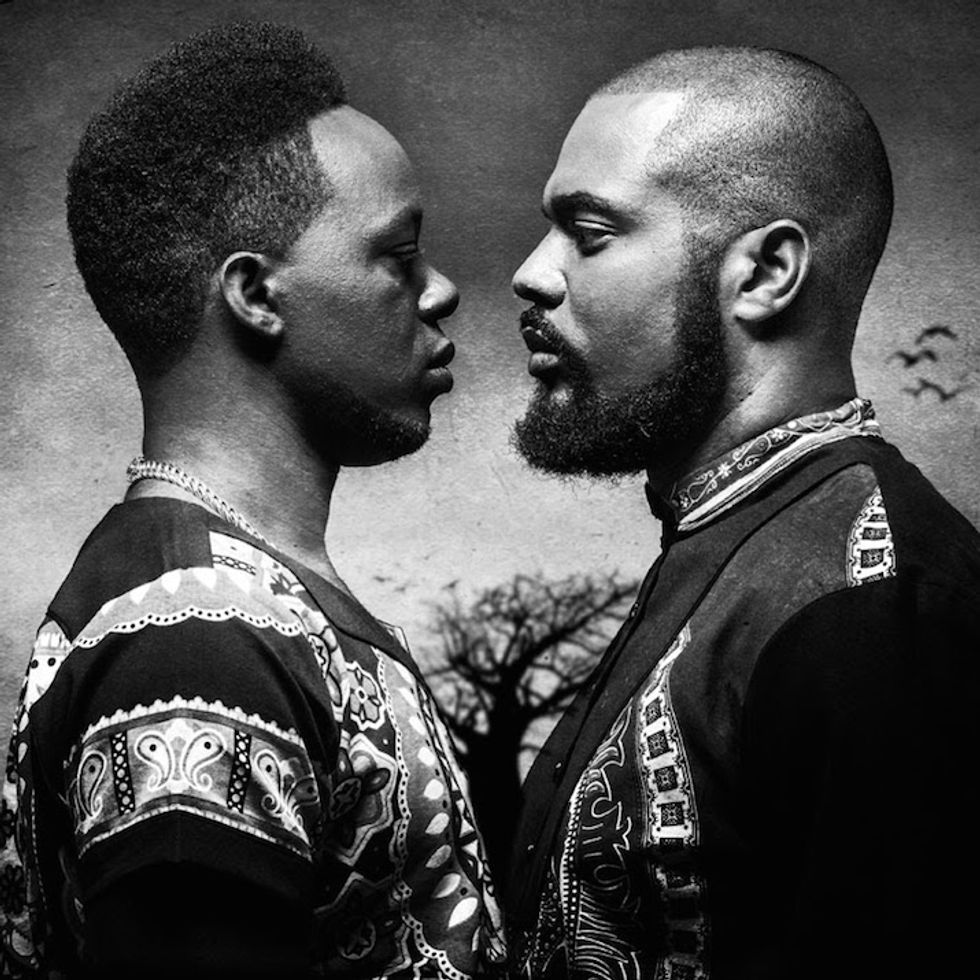 Before they were a group, Angolan duo Tchobari — comprised of rapper Sarissari and beatmaker Tchoboly — were producing beats and working with artists such as R&B crooner/kizomba dancer Anselmo Ralphand kuduro sensation Game Walla. After working with varied local and global sounds, the two came together to carefully blend the kuduro world with kizomba, semba and other contemporary Angolan genres. Their combination results in an impressive and unique sound that Tchobari dub 'kwatsiru.' The name, which also doubles as the title of their debut album, Kwatsiru, marks a project two years in the making. The 15-track LP has been making waves across Angola and includes a mix of semba guitars, slow kizomba rhythms, afrohouse kicks and ndombolo beats. The duo has released music videos for three for album cuts "E Male," "Quem Mandou Me Nascer," and "We Love You Madiba." In "É Male,"the Luanda artists cruise on motorcycles, while a taste of Angolan nightlife is shown in "Quem Mandou Me Nascer." After the passing of Nelson Mandela, Tchobari also released their own tribute "We Love You Madiba." Watch all three videos from Kwatsiru, stream the release below and buy it on iTunes.