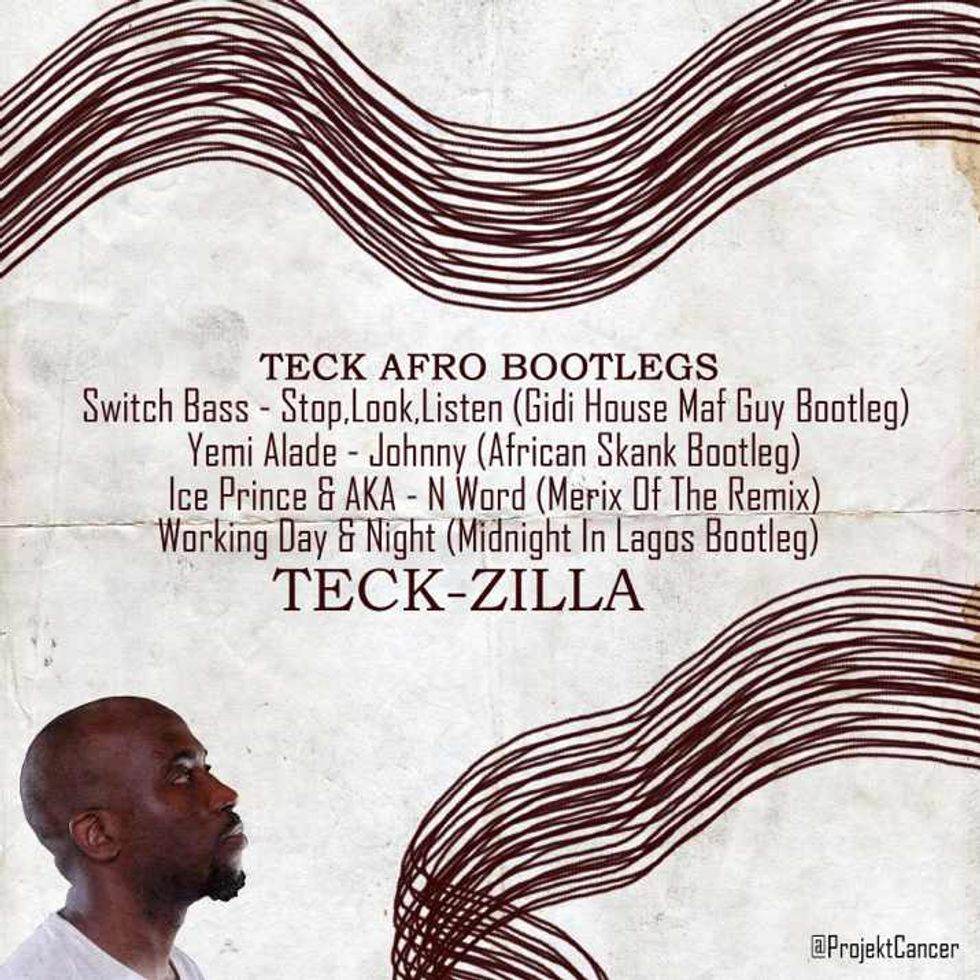 The last time we heard from Teck-Zilla the Nigerian-born, Montreal-based beatsmith had released Son of Sade: An Ode, an 18-minute instrumental tape honoring both the titular British/Nigerian singer and the artist's own mother (also named Sade). Now, the Str8 Buttah founder revisits his home country with Teck Afro Bootlegs, a compilation of Afro Funk-inspired remixes of some of the year's biggest songs in Nigeria, including fast-paced, percussion-based mash-ups of Yemi Alade's "Johnny" and the Ice Prince x AKA collab "N Word Remix."

Commenting on how his Nigerian heritage influenced his latest project Teck explained, "I draw so much inspiration from my roots. It's such a boundless pool of talent and inspiration, I just had to tap some inspiration from back home." The five-track EP is a thumping, undeniably danceable mix. "This is a huge segue in terms of my Hip-Hop production style," Teck says. "Having been influenced by the incredibly talented Beatmeisters, here in the Montreal music scene, I've slowly resurrected my love for Techno/House music." On the dubstep-infused opener "Stop, Look, Listen (Gidi House Maf Guy Bootleg)" and the MJ-esque third track "Working Day & Night (Midnight In Lagos Bootleg)" show, Teck immerses himself in the techno/house scene to jumpy effect. Listen to the premiere of Teck Afro Bootlegs below. For more, grab Teck-Zilla's Sade-sampled beat tape and his Isaac Hayes-sampling "L.O.V.E." anthem.