This Is Not A Joke: TEDxMogadishu Is Back 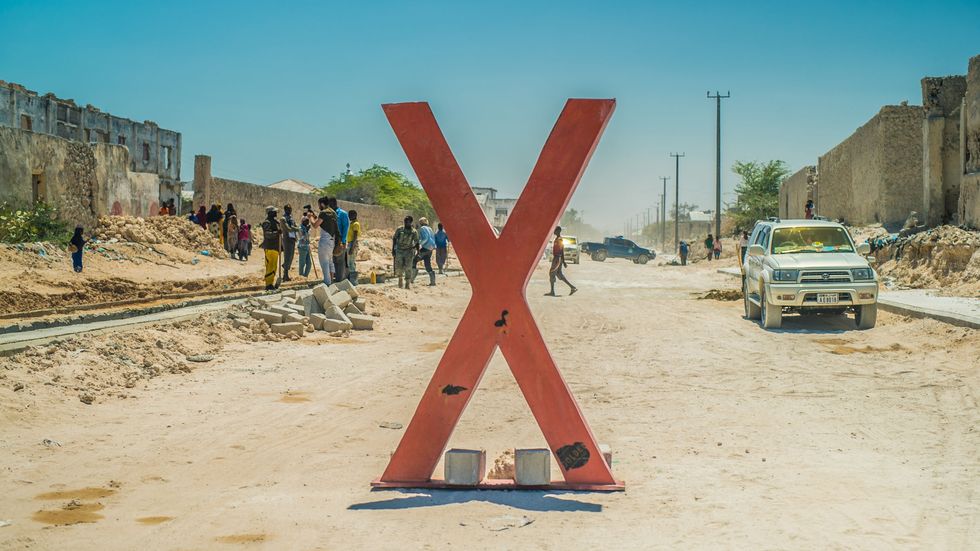 After a two year break, TedxMogadishu is back. We speak with social activist, Ilwad Elman about what to expect from the event.

After a two-year hiatus, TEDxMogadishu is back. Somalia is at a watershed moment in its history. Just last month, the country declared a new leader. There's been unprecedented growth in the technological sector, and widespread reassertion of Somali pride. At the same time, parts of the country are experiencing a famine that's afflicting around 6.2 million people.

With all that's happening right now, it's a pivotal moment for the sharing of ideas and solutions backed by thoughtful action.

That's what TEDxMogadishu represents for Ilwad Elman, its lead organizer and one of OkayAfrica's 100 Women. We got a chance to speak with the social activist about how the event came together. She also spoke about her personal connection to TEDx, and the significance behind this years theme, "do it for yourself, do it for Somalia."

Check out TEDxMogadishu promo video then read our conversation with Elman below.

Why was it important to bring TEDx back to Mogadishu?

Wow. TEDxMogadishu , the first one in 2012, was incredible. The theme that year was rebirth, and it was so poignant because 2012 was when the first federal government was put into place in Somalia after 25 years of conflict and chaos. It really did signal the rebirth of a nation that has been lauded everywhere in international and Western media as just a failed state, a forgotten country, nothing but chaos, suffering, war, carnage. It was an opportunity for us to destruct this narrative that has been looking over Somalis everywhere they are in the world, including the diaspora and the locals. Also, to just get people to see that there's so much more beyond that.

We did the other TEDxMogadishu the year after, which was rediscover, which was also very timely because what we saw after 2012 was a huge influx of mostly young diasporas coming back and exploring the country for the first time and rediscovering it. TEDxMogadishu has always been on point with the changes in the country, and projecting outward a narrative that we don't often hear.

The momentum is through the roof. There's so much rebuilding happening, there's investments happening, there's energy like no ever before. TEDxMogadishu has always been that catalyst of how to turn that momentum into practical action, and to not just inspire people but to shed light on the innovations, the leadership, technology, the creativity that is already there but doesn't really get the attention that it deserves. What we always find after TedX Mogadishu happens in Mogadishu is that it sparks connection and dialogue and partnership with people. We feel this is the time to resurrect that.

What can people expect to gain from viewing or attending the conference?

People take a lot away from the event, both those that are watching online and those that come and gather. What's really unique about TEdxMogadishu is that, because of security, we usually announce the date and the location the day before. It's ridiculous the amount of people that show up to the last event that we did, we had 350 people come to the event that were all alerted the day before.

It was the first time in 23 years that that many people gathered at Lido Beach for an event. Sitting from 9:00 a.m. to 4:00 p.m., a full day, in one location, hundreds of people, that's unheard of in Mogadishu, considering the context. That's what TEDxMogadishu does. It just challenges locals and those that are watching from the outside as well, too, on the realm of possibilities. What we provide beyond just phenomenal speakers, is we give them resources to take away. A lot of our TEDx speakers have gone on to have incredible careers that help them further the ideas that they presented at the conference. I, myself, am one of those examples. The first big speaking engagement that I've ever done was in 2012 at TEDxMogadishu.

It was beautiful to see how many people resonated with my ideas. For me, it was very surreal because I spoke about my father's legacy which inspired me to come back to Somalia and run the Elman Peace and Human Rights Organization that he founded, that he ultimately was killed running. I had journalists reach out to me that were with him the day before he was killed. They shared pictures with me that I had never seen before.

TEDxMogadishu, it's more than just an event where people come to be inspired. It's about fostering partnerships and partnerships that last so that what people take away from that one day gathering is opportunities for sustainable solutions to the different issues that are being faced in country.

Are there any specific speakers or topics that you'd like to highlight?

We haven't announced the speaker list yet, but some of the people that we are planning on having will be speaking on innovation and technology. This is incredibly important for Somalia as it is already leading in many ways, actually, in the region—particularly when it comes when it comes to mobile banking. Just a few days ago, actually, 3G internet network was reintroduced to phones.

I think it's also incredibly important for what that means for the economy, what that means for the average person being able to shape their own narrative by telling their own story through social media as well. There's just endless opportunities with that. We have speakers that will be talking about the hardships that they've overcome. Conflict, of course, has ravaged Somalia for more than 26 years, and the population in the country, 70 percent is under the age of 30. We believe it's incredibly important to shed light on the innovations and the leadership of people that have only ever known war and how they are thriving in spite of that. We believe that could also be not just instilling hope in the viewers abroad, but also be a lesson for other countries that are still ravaged by conflict as well.

We have academics, we have people that are responding to the famine, who are going to be speaking as well. I'm very proud of the people that we've collected to be our speakers because they all bring such diversity. We have creatives that are going to be sharing their different skills with us too. We have performances. It's going to be a good one. This is one to tune in to.

Can you tell us more about the production behind the promo video? It's really beautiful.

Ahead of every TEDxMogadishu event we launch a promo-video that showcases Mogadishu in all of its magnificence. To get our audience and community excited on what's to come. We invest so much time and effort into the promo video because we want that to be the image that comes to mind the next time you hear Mogadishu instead of the doom & gloom outdated narrative portrayed in international media. The prominent message of the video is aligned with the theme and this year we had a lot of fun with new technologies including drones to best tell the story.

What Took You So Long shoots the promo videos each year. In order to show the world the Mogadishu we see, we took it up a notch this year and brought you Mogadishu by land, air and sea for the full picture!

What does the “do it for yourself, do it for Somalia" theme mean to you. Why do you think it's an important principle for Somalis to live by?

The theme in Somali is "iskaa wax u qabso," a well known Somali statement that we are reclaiming to inspire, empower and engage our community. It translates to "do it for yourself" but the spirit of it is "do it for Somalia" and by combining the two we have landed on a theme that serves as a call to action. It is incredibly relevant in Somalia today as we resurrect from conflict and we turn a new leaf.

While shooting the promo video, we asked on-lookers and friendly by-standers what first comes to mind when they hear "iskaa wax u qabso" and their answers enforced our vision and what we had hoped to inspire with this theme as well as the event at large. Some of the on-the-spot answers we received were "self-sufficiency, rebuilding, the power of the people, volunteerism."

These are all very important principles for Somalia and its people today and TEDxMogadishu for years has served as a resource for partnerships, dialogue, ideas and action for those who want to get involved with Somalia. We feel our mission is within reach now more than ever before and the speakers we have lined up for the 4th annual TEDxMogadishu will speak to this theme from diverse backgrounds, disciplines and career paths.