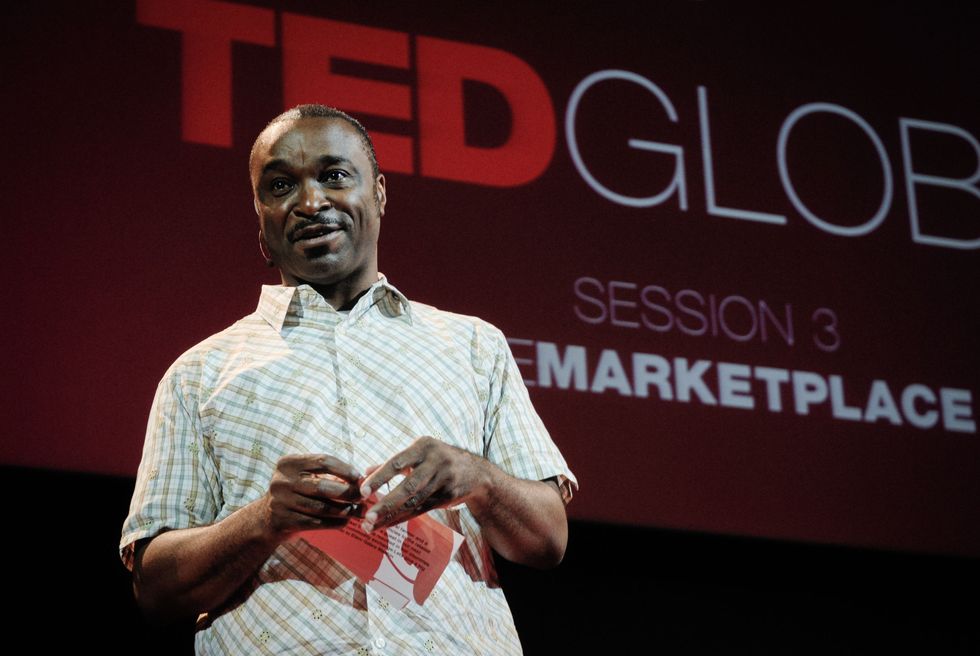 We speak to TEDGlobal curator Emeka Okafor on the impact gathering Africa's amazing minds has on the continent.

DIASPORA—In anticipation and excitement for TED’s return to Arusha, Tanzania for the TEDGlobal Conference 2017 this August, we’ve celebrated the many African innovators who are among the new fellows, as well as highlight the trailblazers who will be speaking at the conference.

We now touch base with curator, Emeka Okafor, who joined the TED team to put on the history-making conference 10 years ago. Amy Novogratz, former director of the TED Prize, approached him for the opportunity to assist curating the conference, especially from a content perspective. Chris Anderson, the head of TED, then followed suit with an interview.

For Okafor, this was an opportunity to frame the continent in a way that’s the opposite of the norm when it comes to the world’s perception of Africa.

“I felt it was an opportunity to present a view of the continent that wasn't traditional and highlight voices that would not necessarily be given the time of day,” he says.

Read more in our conversation below where Okafor touches on the impact TEDGlobal had on the continent then, its impact now and more below.

OkayAfrica: A memorable moment from the Arusha conference in 2007 was learning about William Kamkwamba's windmill that provided electricity to his family in Malawi. Do you know what he's been up to since then?

Emeka Okafor: I knew the William story really well because it might have been in late 2006, that I came across a blog post referring to an article in a newspaper about this young man, well, young boy at the time, who had done what he did. Then we did everything we could to identify him and ultimately bring him to the conference. Most of his story is public but coming to where we are today—he went to school in the United States. He went to Dartmouth. He did some work, I think, on the West Coast for a bit and I believe that he is spending more time in Malawi.

William encapsulates, for many people, the potential of the continent—the idea that you don't really need to have anything to solve problems. The fact that if, I remember at the time saying that if we had more individuals who just got about doing things as opposed to complaining about those who are not doing things, like the way William was able to solve problems, we would be much further along than we are today. In many way, I think he is, for me at least, an example of what the continent needs fundamentally at every level. He's a hands-on problem-solver that didn't allow challenges to get in his way. For me that's a very simple philosophy that we need so much more of. If our universities in Africa or our institutions in Africa rather than say that this isn't working, they were like William, how much further along we would be.

I think for those who say we don't have this, we don't have that, people who have a propensity to play the victim, I think people like William, essentially is the story we just need to put in front of them and say, "Well, explain this?" I think metaphorically, this is my personal opinion, he occupies to me is sort of central important philosophy that more people in Africa need to take on and become themselves. His interest in Africa remains very strong—he remains committed to the continent and he still speaks to his work and where he wants to go with it.

OKA: How did you choose the first class of fellows?

I was given a lot of leeway in terms of the types of people we wanted. In my mind it wasn't about my personal choices, it was more about is this person making impact? Are they a leader as opposed to being a follower? Is it interesting in the truest sense of the word? To some degree, the success of those choices showed us what the TED fellowship program could look like.

OKA: In your Euston TEDx talk in 2014, you referred to the fellows and speakers as 'points of light'—how have those that have followed Arusha 2007 continued on this track?

EO: I think my reason for using that phrase or that metaphor was the need for not just having individual examples of success, excellence and ability. On their own, they can easily flicker out like fireflies. But if you find ways to connect them, or they find ways to connect themselves using self-emergent qualities and network effect that feed off each other, then they begin to form a membrane of activity that over time begins to feed off itself.

But beyond the definitive, tangible interactions, I think that one of the other main areas I would argue we made this collective impact, was in highlighting thinking that wasn't commonly the case at the time. A thinking that made a very strong argument for the continent needing to bootstrap itself, the continent needing to look inwards at what it had, and approaching problems less from finger-wagging—things are problematic and you have to fix it—and more towards a hands-on let's do it and think our way through it point-of-view.

It was also the first conference, I would argue, that was looking at things from an interdisciplinary standpoint. In Africa up until 2007, if you had an event it was very domain specific. It was the scientists getting together, the writers getting together, or the bankers, or the business people, etc. You didn't really have a platform that looked to bring together individuals that spanned the entire landscape of human endeavor. When I say entire, I'm not for one minute saying that it was a complete landscape. You can bring in everything and everybody but we did make an effort, at the time at least, to bring in conversations that ranged from the medical field, to finance, into the arts and beyond. It's important for a number of reasons, one being a lot of the interesting and innovative activity that's taking place today, actually happens at the overlap—the edges of interaction.

The artist isn't going to survive on their own if they don't find a way to build some sort of sustainable business activity. The private equity person who is looking to build or support companies isn't going to have a pipeline of successful companies if someone else or other people are not nurturing that pipeline. The medical individual is not going to be able to treat more people or look for cures if there is not a good connection to what's happening in the research institute. It's critical that we have interdisciplinary approaches to the challenges the continent and the first TED sought to do that. I think what if someone is a physicist or a poet, if they are at the top of their game and they are creative, curious, and ingenious, they generally find some sort of common ground. That way, at least, I think what TED did was pioneering.

OKA: How do you foresee TEDGlobal’s continued impact on the continent after this August?

EO: In some ways it will be a punctuation of what we did in 2007. But in more ways than that, it would be looking at what isn't working—what should we be looking at that could be working better? How can we look at the continent from the standpoint of what it can teach the rest of the world? How honest should we be about things ranging from governance to education? To what extent can we look at things from a pan-African standpoint that isn't just rhetoric but actually leads to success that is meaningful.

One of the differences between the continent of Africa and other comparisons like India and possibly China, is that those are unitary countries that share one language. Not only do they share one language, they share one government and they have similar size populations. They're able, because of the fact that they're unitary nation states, to direct themselves in ways that a conglomeration of 54 countries cannot. How can we look at where things are working in Senegal and apply them to Mauritius, or where things are working in Morocco and look at them differently in Botswana. Does it necessarily need to be governmental, president-to-president, or could we start looking at institute-to-institute or business-to-business, or individual-to-individual. And understand that if we begin to see the Pan-African space as one that can feed off the solutions that are occurring in certain areas and apply them from a frictionless standpoint, might that be a way to accelerate some of the problem-solving issues that we face.

There's a huge sense of urgency that is required to solve the problems that we have. We don't have the luxury of time that we thought we once did. Not to say we ever did. That sense of urgency, I think, is one of the themes that we want to address in more ways than one at the conference. Why is it urgent? Well, we have this burgeoning population of young people and not so young people that have no means of employment or are underemployed. We need to find a way to figure that out, we need to find a way to do these things fairly quickly but sustainably. The degree to which the speakers, and the audience, and the participants of this upcoming conference can help map practical ways of solving these issues is something that individually and collectively we'll be looking at.