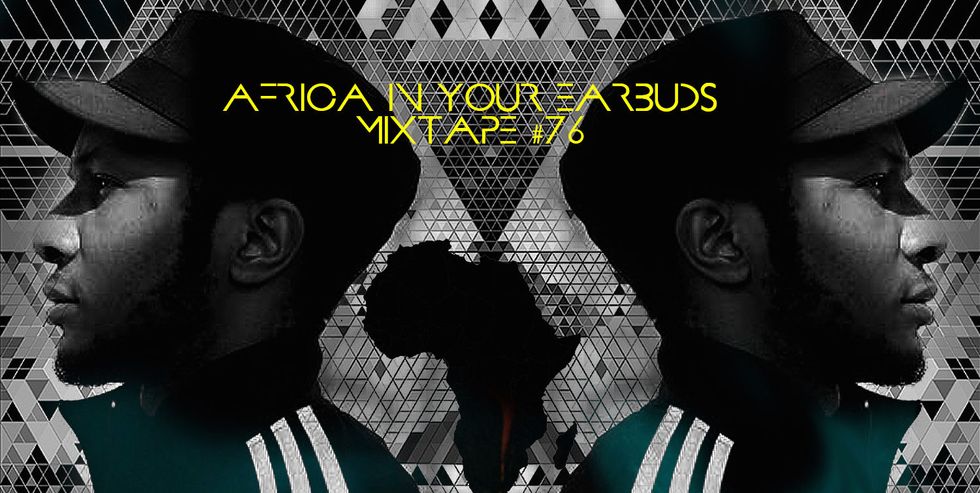 For our latest Africa In Your Earbuds, Nigerian-American author Teju Cole continues where his 'One Night In Lasgidi' mixtape left off.

Instead of Lagos, Teju's new selections—which are expertly mixed here by Chief Boima—soundtrack one of his nights out in New York City. "For a Lagosian like myself," he explains in his accompanying original short text, "New York City is a continuation of Lagos."

Get lost in Teju Cole and Chief Boima's AIYE #76 mix of Nigerian, West African, and Caribbean sounds below and read Teju's thoughts about the his nights out in NYC underneath.

One Night in New York City

They want you to think New York at night is white people doing white people things, the same way they fooled the world into thinking Sex and the City, Friends, and Seinfeld represented this place. Or, if black, then we are talking about African-American culture: the Bronx, Brooklyn, Harlem, jazz clubs in times gone by, and the glory days of hip-hop.

But we all live in a highly particularized “now.” I’m thinking now about something the novelist Aleksandar Hemon said, if he was the one who said it, if my memory is correct. He’d written something, in his brilliant and unconventional way, and an editor had said, “Actually we don’t say it that way.” Hemon had responded: “Well, now we do.”

What is one club night in New York City? Highly subjective. Mine are many and varied. But more and more, they’re neither white nor, in any simple way, black. What they are is Nigerian, and West African, and African. They are Caribbean, and African-American, and black diasporic, all mixed up together.

This playlist reflects one such night, crammed largely with recent Naija pop. In a strange sort of way, for a Lagosian like myself, New York City is a continuation of Lagos, and it’s only logical that my New York City playlist continues seamlessly where my Lagos playlist ended.

With each passing year, there are more and more spots in the city where this precise combination of sounds—Afrobeats, hip-hop, coupé decale, dancehall, ndombolo, and R&B—is the order of the night. Are you in Bed Stuy or Harlem or Victoria Island? It gets hard to tell. Just about everyone in the crowd has a flexible foot in some other world.

These, by the way, are the places where you meet the most insouciantly gifted dancers in town. If someone is tempted to say that maybe that’s not really classically New York City enough, I’d spin Hemon’s line and say: now it is.

Shout out to the brother Chief Boima for his mixological ear and his international heart.