This Nigerian Song Calling Out 'Perverted Uncles' Is Blowing Up 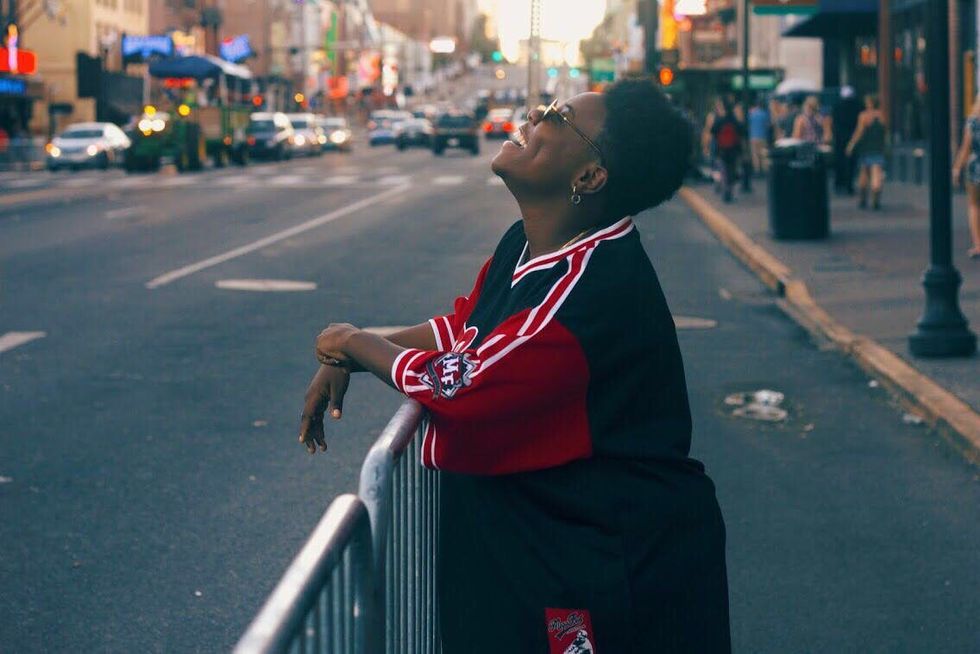 24-year-old Teniola Apata is the voice behind the new single “Fargin,” a song that's blessing airwaves across the U.S. and Nigeria.

24-year-old Teniola Apata is the voice behind the new single “Fargin,” a song that's been blessing the airwaves both in the U.S. and in Nigeria.

The Lagosian singer, songwriter and entertainer came to America to study pharmacy, but that wasn’t quite where her heart was. Her little sister told her that people only care when you do something you love, so Teni pursued her passion in music. When Teni was 7, she played drums for governors at festivals, so music's always been in her DNA.

Teni made a name for herself on YouTube 5 years ago, where she performed comedy just to get comfortable on screen. Her fans loved it, but they liked it even more when she sang. So Teni incorporated her voice into her videos and her fans were hooked.

We talked with Teni to learn more about her art, how her song "Fargin" came about and what her next plan are in terms of music.

😂😂😂 all those pervert uncles. Did a Yoruba spin to chief Stephen osadebe pic.twitter.com/1qx2pYOSEF

What does "Fargin" mean and how did it come about?

"Fargin" is "Virgin" said with a Yoruba accent. I was bored one day and freestyled off my friend’s phone and that was it. Fargin is a common Nigerian conversation of men trying to seduce young girl into sex. But honestly, this song is about sex education and rape culture in the African community. I want to inspire women to be confident in being virgins, it’s okay to wait. It’s okay to practice safe sex even if it’s not cool. I hope when young girls hear this song, they understand that they don’t have to be pressured to have unprotected sex. I’m a virgin and I’m very proud of that.

How did the song start spreading on social media?

I’ve been doing comedy for some time on Instagram and YouTube so when I started to sing, people took note of that. I posted the Fargin video on Instagram first and it went viral. It has over 153,000 views and counting currently, then it spread to Twitter and Facebook. Falz posted it then small doc followed and the rest was history. I would say with social media, it’s a matter of consistency and putting yourself out there. Something is bound to take off. I believe that once you open your mouth to ask God for something, it’s a matter time before he gives it to you.

What is what advice you would give to people hustling out there?

Put God first, I know it sounds cliche but that’s how it all happened. I remember being confused on my major, pursuing music and I just humbled myself before God and it all happened. One thing I’ll say is that success is psychological. The world is a jungle and we’re all like animals. Learn how to strategize, build with a team of people that have vision and share the same vision as you. Surround yourself with people that balance you and the ones that give and show you the most patience. Being a team player goes a long way because when you win, they win-that’s true success to me.

What’s next for you?

Move back to Nigeria and take off.

Who are some people that inspire you?

What is the goal of your music and things you sing about?

I want people to find joy, hope, peace within. I want to inspire people to chase their dreams because it takes one person to break something and you could be that person. I remember feeling down and music being what lifted my spirit

Who are some artists you would love to work with?