11 Things To Know About Heavy Metal in Mozambique 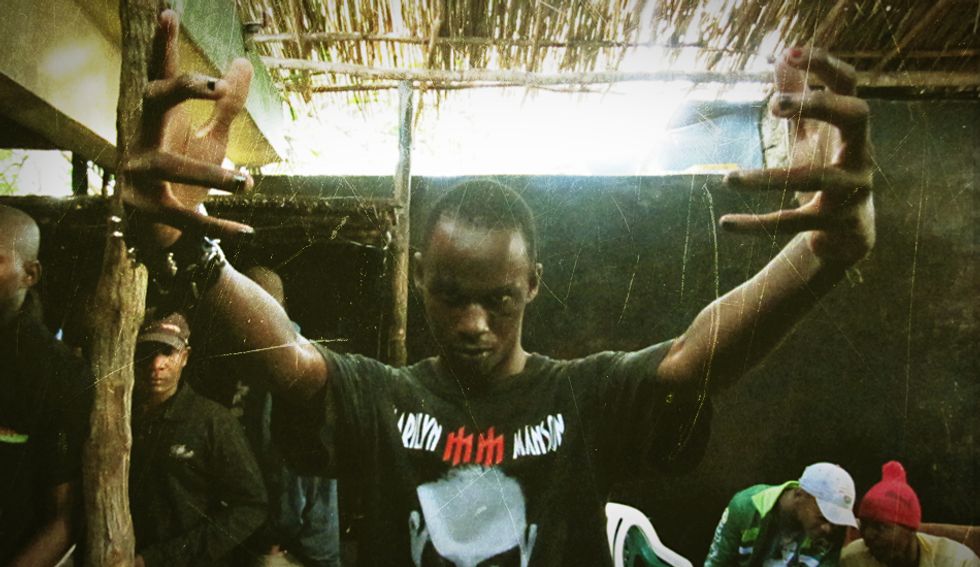 The filmmaker behind 'Terra Pesada' documentary lists eleven facts about metal in Mozambique.

The full-length documentary Terra Pesada follows the lives of the young musicians of the Maputo metal scene. Though the story of metal as a genre may be nearing half a century old, Mozambique's metal history is still in its awkward teenage years. It may be young, but metal's presence around Maputo is growing — and it's already present in cities like Angola. As internet and electricity, the number one requirement for playing metal, become more prevalent throughout the country, more young Mozambicans are being drawn to the darkside (musically speaking). The past two years have even seen the rise of a local metal music video show. Below, Terra Pesada filmmaker Leslie Bornstein runs down eleven things to know about the metal scene in Mozambique.

1) With peace came metal. Mozambican metal began in the mid-90s in the zones (suburbs) of Maputo and Beira.

2) Metal is city music. Without electricity, there's no metal.

3) Most of the bands have English names because the musicians associate rock and metal with the U.S.

4) In addition to Portuguese and English several of the bands do metal in Xangana.

5) The first metal band in Mozambique to record a demo was the Beira-based Morghelarisy in 2002.

7) The most popular genre is death metal.

9) The first official metal concert was Metal Zone in 2005.

11) The Mozambique Music Awards do not have a category for rock or metal.

For more on the 'Terra Pesada' film project head here.