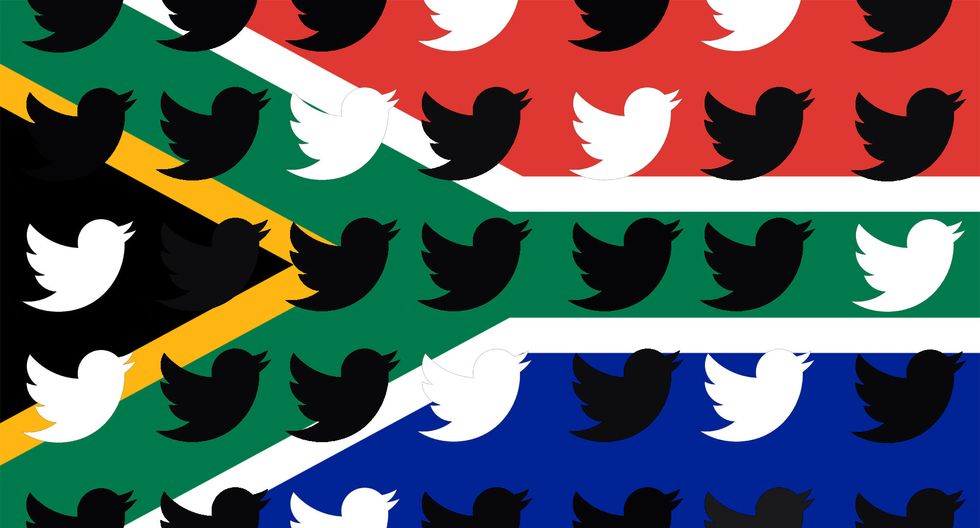 You too can be LIT AF if you follow these simple Twitter rules. At the very least, keep them handy for the next South African scandal.

If last year's South African Twitter blaze was anything to go by, it's quite clear that this year won't be anything short of being LIT AF. So, we've put together a few "dos and donts" to bring you the ultimate survival guide for navigating through Twitter this year, without mercilessly falling prey to a hashtag yourself. Remember, you've been warned!

Don't go on a racist rant about just how much you despise black people. Remember #PennySparrow who lost her job after her 'black people are cute monkeys' comment or #Nicoledeklerk and her public spewing out of the 'K' word in a restaurant? Don't forget dear #HannesLottering who went on about the supposed 'contamination' of white genes after Springbok rugby player, Siya Kholisi's interracial marriage. Take our advice on this one—don't be that guy (or girl). Just don't.

Don't think that just because you occupy an especially influential position in the country that you can get away from passing opinion off as gospel—and that we won't call you out on it because we will. Just ask Standard Bank's former economist #ChrisHart who started trending after tweeting about how he felt that the country's minority (the white population) was being victimised by hate-filled black people with a sense of entitlement. This, in a country where 22 years after Apartheid ended, the air still reeks with stark inequality and many black people are living below the breadline, inequalities that are being highlighted in mass movements and sentiments such as #feesmustfall, #asinamali and #bringbacktheland.

Don't think you can easily get away with your patriarchal, "king-sitting-on-a-throne" disrespect. Don't even, otherwise you'll find yourself being publicly crucified by our dear feministas (myself included). You only have to look as far as #Menaretrash to catch my drift. But, in case you need reminding, #Rureferencelist and #Blessers had our dear South African brothers quickly silenced after attempting to body shame, demean and challenge the autonomy of our women.

Don't touch my hair. Solange Knowles said it perfectly. If you're thinking about airing your views on how African hair or attire is just so unprofessional, keep them to yourself. After #respekthedoek and the courageously defiant marches by our young high school girls against racist hair policies in #stopracismatpretoriagirlshigh, we've come to take attacks on our aesthetics really personally because naturally, they're the feelings we wear (Again, Solange).

Pretoria Girls were told they needed to relax their hair as their natural afros are untidy. #StopRacismAtPretoria https://t.co/IHBFOBhmK5
— The Ankh Life (@The Ankh Life) 1472492272.0

Don't be a hypocrite. So when it comes to politics, us South Africans have to embarrassingly admit that it's a bit of a circus right now (the rest of the world can sympathise though). But, if you're going to publicly attend #Zumamustfall marches calling for President Zuma's resignation (and rightly so I must say) and even take selfies with police officers, then you cannot in the same breath, call the brave students of #feesmustfall "savages" or "idiots" while they are shot at by the same officers. Injustice is injustice and although we may debate the how when attempting to right the wrong, the fight itself is nonetheless still noble. And if you're standing for justice, stand for it wholeheartedly otherwise, Twitter will be casting the first stone.

"#FeesMustFall is a movement that will NEVER DIE! It is OUR REVOLUTION and we ought to DEFEND IT" Kefentse Mkhari
— #FEESMUSTFALL (@#FEESMUSTFALL) 1477248004.0

Don't think that we'll be impressed by homophobic slurs and sentiments about our dear LGBTQIA+ South African community. But just in case you decide to and then for extra measure, decide to pay us an actual visit, remember how the South African government barred the homophobic pastor #StevenAnderson from entering the country? As a show of good faith, they announced that they would uphold the constitutional rights of all its people, including members of our LGBTQIA+ community, and explained that allowing the homophobic pastor (or anyone else expressing such views for that matter) entry into the country, would be very much against that spirit.

Finally, don't try and be a hero. This may seem a little arbitrary but Twitter crossfire is real. What all the above unfortunate burn victims of Twitter have in common, is that one person or a few people (well-intending of course), who through trying to come to their racist or sexist rescue, received scathing reproach (if not worse than the original offenders) by angry tweeters. So the next time your mate finds himself or herself in a bit of a blunder, rather offer some words of comfort offline. Do not attempt to be Superman or Wonder Woman. I repeat, do not attempt to be Superman or Wonder Woman.

And just In case you're wondering, is there anything I can actually do on South African Twitter? Why of course, and they're short and sweet too!

Do have fun, because when enjoyed responsibly, South African Twitter will have you rolling on the floor with laughter after #ifDAwins or raising your fist in solidarity after #paybackthemoney.

Do use that hashtag! Whatever is close to your heart and on your mind, let the rest of South Africa (and the world) know about it– so we can get it trending too.

Finally, if you're ever unsure of whether it's a do or a don't out here on these South African Twitter streets, refer back to this guide. And you're welcome.