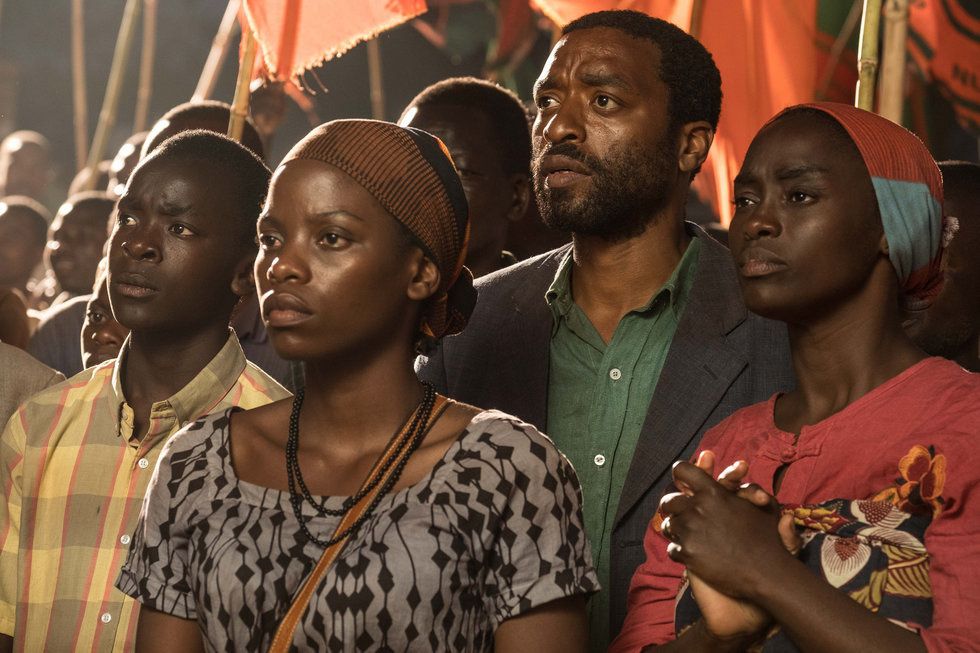 The new report from the Africa Narrative Project found that Africans are still grossly underrepresented in American television programming.

What does it mean for Africans to be fully and truly represented in the media? For many folks of African decent that question remains painfully unanswered.

An extensive new report from the Africa Narrative project, from the University of Southern California's Norman Lear Center, seeks to provide understanding around the current state of African representation in US media, and identify ways to ensure a "richer telling of Africa's story."

The groups' "Africa in the Media" report is a thorough and timely study that confirms a lack of meaningful storytelling in television news and entertainment, which reflect the ways many Africans see themselves. Their findings show that Africa continues to be both underrepresented and misrepresented in the American media landscape.

For the report, a group of researchers analyzed over 700,000 hours of programming, as well as a whopping 1.6 million tweets related to the African continent and its people. They found that despite the appearance of progress—with major motion pictures such as Black Panther rocking the film industry—there is still a long way to go to in ensuring that Africa is portrayed in the media in a way that is reflective of reality.

The study revealed several concerning details about Africa's presence in the media. According to the report, television viewers are seven times more likely to hear references to Europe than to Africa, and when Africa is mentioned, it is only done so in a positive light 14 percent of the time. Narratives centered on Africans are commonly centered on trauma and crime.

African actors are also generally reduced to minor roles on television, even when a story line is primarily focused on Africa, and on top of that, only 31 percent of African characters on television are women.

Researchers found that diverse country representation is also severely lacking. The study shows that out of the continent's 54 countries, just five nations "grab the bulk of attention" in American television programming. They are: Egypt, South Africa, Kenya, Seychelles, and Congo, which account for 49 percent of all mentions of Africa.

Perhaps more unsettling is that in many television portrayals, Africans are often hyper-sexualized, Johanna Blakley, the Managing Director of the Norman Lear Center, tells OkayAfrica. "We monitored every genre of TV programming, but I focused mostly on entertainment depictions of Africa and I was most unsettled by the way Africa and African people were associated with primal sexuality, says Blakley. "We had created a coding sheet with 32 topics to track: it never occurred to us that these sexual stereotypes would appear so frequently in both dramatic and comedic contexts."

Despite the bleak outlook, the Africa Narrative Project has offered detailed suggestions on how these major discrepancies in African representation can be offset. One way is by "increasing the number of stories that mine the rich and diverse cultures and histories of Africa—including in children's programming—and develop more scripted content that doesn't focus on crime," another is by "collaborating with content creators from Africa and the diaspora."

For Blakely, the report provides accuracy and vital data that can be used to help build stronger, more culturally-minded narratives. "I believe that it's very difficult to solve a problem unless you can describe it accurately," says Blakely. "With this research, we've provided scholars and activists and storytellers the evidence they need to argue for more and better stories about Africa. We've also set a baseline against which we can measure the progress of initiatives like The Africa Narrative, which will work with educators, advocates, government agencies and the media industry to elevate African stories and storytellers."

There is much work to be done in ensuring that Africans are afforded representation that we can be proud of. Equipping ourselves with information on the current media climate is vital, and the "African in the Media" report is a valuable place to start.

If you'd like to learn more about how Africans are depicted in mass media, read the full report here.