African Union Criticizes Muslim Ban: US Took "Many of Our People As Slaves" But Not As Refugees 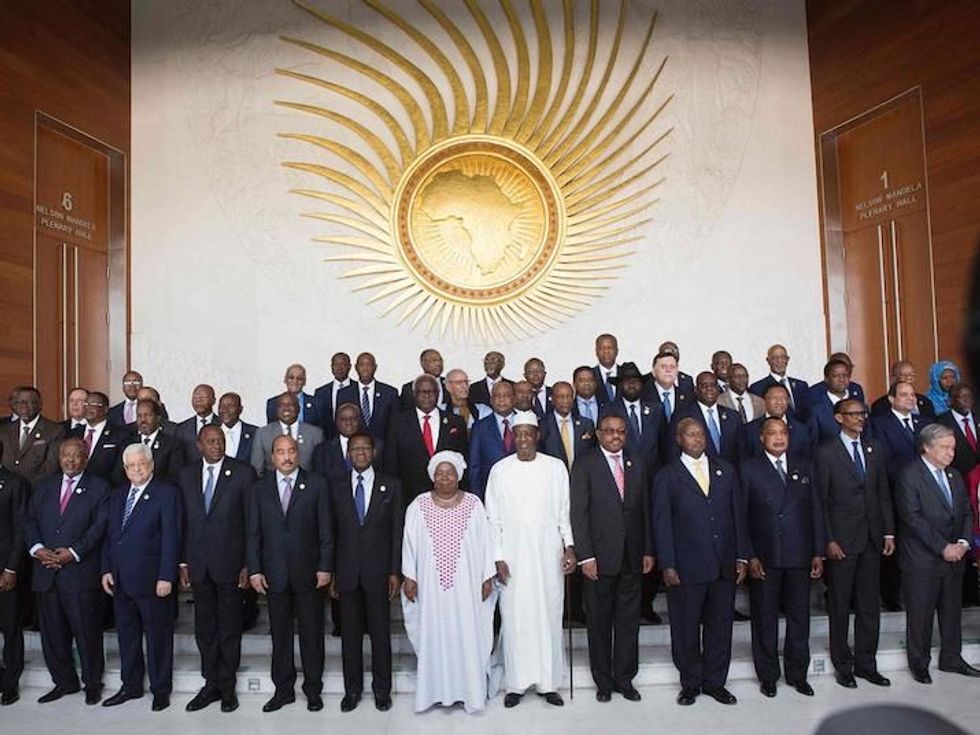 Members of the African Union have spoken out against Trump's hypocritical immigration ban.

If you, like me, fantasize about dropping real knowledge on our current excuse for a president, then you too will be glad to hear what the African Union had to say about Trump's recent immigration ban.

Representatives from the AU met this weekend for a two-day conference in Addis Ababa, during which the commission's chairperson, Nkosazana Dlamini-Zuma, condemned Trump's executive order to ban entry into the United States from seven Muslim countries, three of which—Libya, Somalia and Sudan—are member-states of the African Union.

"The very country to which many of our people were taken as slaves during the transatlantic slave trade has now decided to ban refugees from some of our countries," said Dlamini-Zuma.

What she really wanted to say was: Trump, please get TF out of here with your hypocritical, non-history-knowing ass.

She went on to call the ban "one of the greatest challenges to our unity and solidarity.”

While the United States and other Western nations continue to employ discriminatory policies against refugee populations, African countries have taken a different stance.

UN Secretary General, Antonio Guterres, applauded African nations for their inclusive practices. "African nations are among the world's largest and most generous hosts of refugees. African borders remain open for those in need of protection when so many borders are being closed, even in the most developed countries in the world."

It seems that the only thing that these so-called developed nations seem to be developing are more ways to deny people of their humanity.

I refuse to accept this. I mean, who is Cheeto Satan to deny any of us of our humanity?