The Conflicting Emotions of Being a Diaspora Zimbabwean 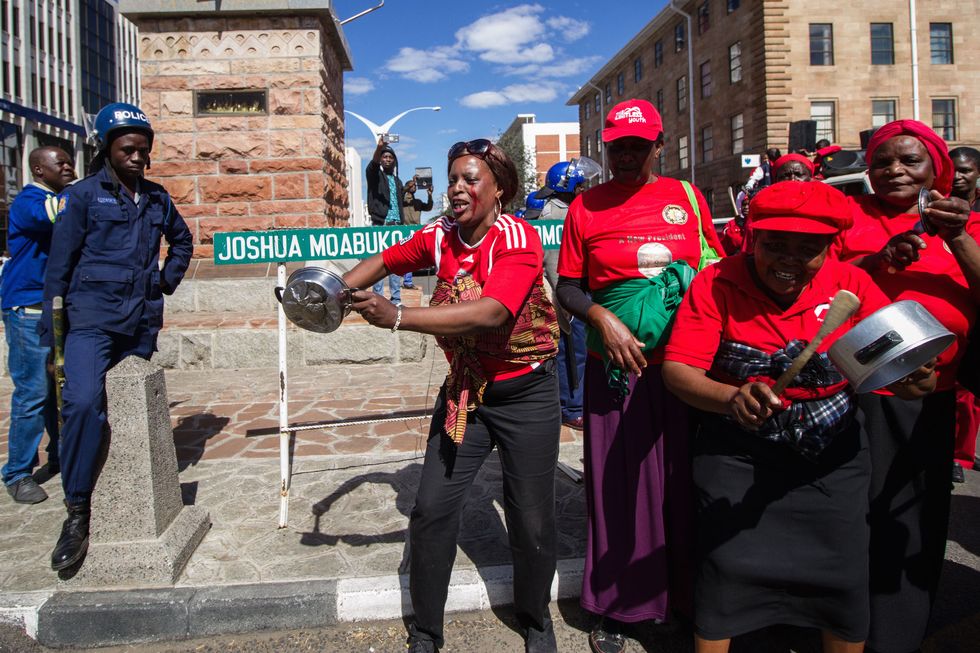 On watching Zimbabwe's #ThisFlag protests from the diaspora

I am part of the Zimbabwean diaspora—one of the millions of individuals around the globe that claim Zimbabwe even as our ties grow distant.

I am American born and, for the most part, raised: My earliest memories of Zimbabwe were idyllic, but still tenuously juxtaposed against the growing fuel shortages and nascent economic crisis to come.

My last trip to Zimbabwe was in November of last year to attend the International Conference for AIDS and STIs in Africa in Harare. It was my first time “home” since my mother and I left in late 2000. I was simultaneously relearning and learning my country for the first time, but the familiarities were painful.

At the time, Chinese President Xi Jinping was visiting Harare. There was something surreal about bearing witness to one of the many contentious Sino-African relationships I'd discussed so frequently in class discussions in undergrad or in discussing neocolonialism with western leftists and young Africans alike.

I watched Zimbabwean people waving Chinese flags in the streets. I watched a woman sing praise songs about the Chinese president in my mother tongue—Shona—on the state broadcasts. Despite the official line that Chinese investment would bring a badly needed boost to the Zimbabwean economy, many Zimbabweans I talked to were wary.

The trip reminded me that, more than anything, being a part of the Zimbabwean diaspora means constantly negotiating conflicting sets of emotions. For me, it has looked like supporting land reform and indigenization politics while watching them get manipulated for populist support.

It looks like finding satisfaction at President Mugabe's anti-western effrontery at the United Nations, coupled with the memory of the state's woeful response to the 2008 cholera epidemic in which the state accused the British government of engaging in biological warfare and were disruptive of efforts to control the disease.

It looks like welcoming a very different mode of investment like the economic partnership with China, while still being deeply distrustful of every non-African foreign investor that steps foot in Zimbabwe.

It looks like celebrating the groundswell of support that Pastor Evan Mawarire received upon his unjust arrest while observing the comparative diasporan radio silence while Lynda Masarira languishes in custody away from her five children. Lynda is one of a number of activists who has been arrested for her political activities: she was recently denied bail and remains in state custody.

Needless to say, I have been following the recent protests urgently and obsessively: every hashtag—from #ThisFlag to #tajamuka/Sesjikile to #OccupyAfricaUnitySquare to #bangthepots—and Facebook post, political analysis from friends and family and media alike, to ZANU-PF response including the allegations that French and American ambassadors were responsible for stirring up the unrest and recent pleas for party members to avoid using social media due to propaganda being disseminated by Morgan Tsvangirai and Joyce Mujuru and other opposition figures. And I have watched with keen interest as the once loyal war veterans, some of President Mugabe’s strongest allies, finally turned on him and sided with the growing citizen movement saying: “Regrettably, the general citizenry has previously been subjected to this inhuman and degrading treatment without a word of disapproval from us. That time has passed.”

While social media can be and often is an Orwellian mode of surveillance and propaganda, I am reminded again and again of its revolutionary potential. I have been able to access information and details otherwise inaccessible to (or spun by) western media. I have been able to communicate with Zimbabweans both in the country and throughout the diaspora and better understand myself and others sharing an origin and identity.

Watching these protests has instilled me with a fierce national pride in ways that I’ve never experienced before. I’m proud of this refusal to be further subjected to poverty and resource deprivation, political intimidations, and kangaroo democracy, though I’m devastated by the preceding decades of suffering.

I hope that this pressure is sustained, and I hope that beyond disruptions and demonstrations, a cogent political roadmap for Zimbabwe’s future emerges: the demands presented by this grassroots organizing is translated into electoral strategy by leaders that are truly led by the Zimbabwean people.

To be Zimbabwean is to constantly negotiate conflicting emotions: I’m hopeful and cynical, I’m optimistic and too knowledgeable about politics to be so. But one thing is unconflicted and unyielding: my solidarity with and support for the people of Zimbabwe demanding the actualization of the free Zimbabwe that so many have fought for.

Zoe Samudzi is a Zimbabwean-American writer and sociologist based in Oakland. She tweets at @ztsamudzi, and you can visit her website at zoesamudzi.com.