The Dark Skin I Am In: On Learning To Love My Melanin 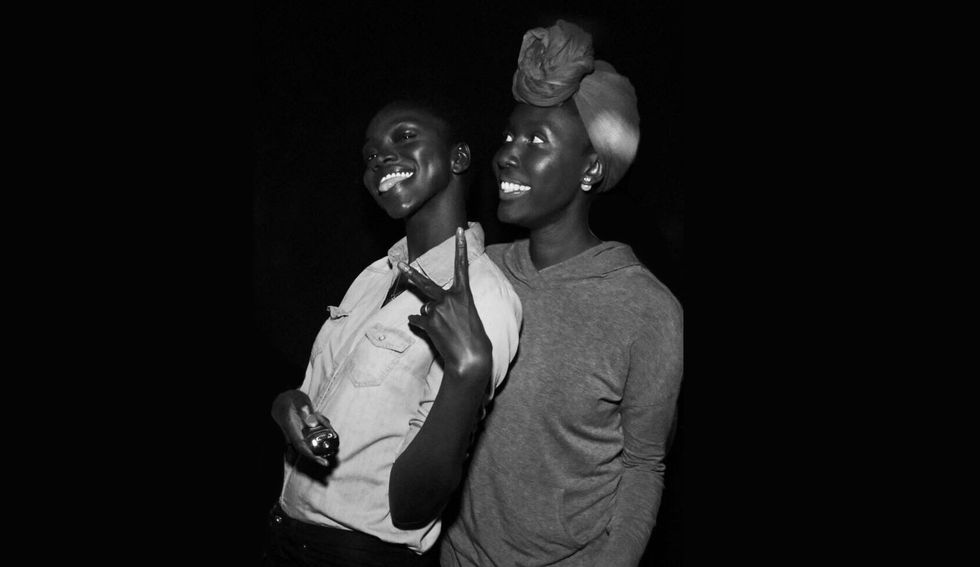 How one woman went from feeling ashamed of her complexion to loving the the skin she was in. Thanks in no small part to Lupita Nyong'o.

The acclaimed actress Lupita Nyong'o, was not yet on billboards when they asked me to show my skin. I was 11, on the cusp of adolescence, when a bunch of my African school mates asked me to hold out my arm so they could compare me to the prettiest, Caucasian student in the girls' dorm. The difference in complexion was stark. The challenger, an English rose, had recently appeared in the British boarding school I attended in Molo, Kenya, quickly becoming the benchmark for attractiveness. Now her whiteness was being pitted against my blackness. As a tall, Nilotic girl, I couldn't compete with the blonde everyone adored.

In class, we learned about British history instead of our own and we aspired to gain the acceptance and approval of the teachers—who were mostly European. Instinctively, I knew the request to compare flesh was odd. But they were all staring. I hadn't yet learned to say no to such things, even when the request concerned something I was sensitive about. Besides, how could I decline when they had asked so politely? I wanted to be liked. So I swallowed my shame and braced myself. It didn't take long for me to realize that it was a bad idea. Every stare cut me up, but I did not cry. I wanted to be agreeable. I tried to prove that I could play nice, so I forced myself to act like everything was okay.

Seeing an East African on the world stage forced me to change the way I saw myself.
My initial compliance gave my schoolmates permission to launch another inspection: a full body comparison in the mirror. We were wearing clothes but I felt exposed. I tuned out the comments and concentrated on hiding how hurt I was.

I learned the opposite of perfect paleness was ugly darkness that day. I did not anticipate the years it would take to look at my reflection without feeling unworthy. My mother was working hard in Rwanda and my father was employed near the Kenyan coast. My brother and I were in the same school but I didn't tell him. I was embarrassed. My sister was in South Africa. I was determined not to be the wimpy sibling, so I shifted my focus back to my books.

By the time I was 16, I had memorized a response to the cutting questions about my complexion– “What's wrong with my looks?" I asked. When my mom moved to the US, I was seventeen and overwhelmed by the big city. A Mount Holyoke student stopped me on Second Avenue to ask for directions, but ended the conversation with a compliment: “You're cute." She seemed so genuine and kind. It was the first time I believed that I was appealing. I started wearing bold colors and working on my posture–New York was not the place for self doubt.

Lupita Nyong'o appeared in “Shuga," a hit series that chronicled the lives of young people in Nairobi. “How did she get on an MTV production?" I asked. I had not paid attention to the dialogue because I was trying to get used to seeing her on screen. Her achievement motivated me to re-think my timidity. Seeing an East African on the world stage forced me to change the way I saw myself.

Five years later, I watched Lupita hold her golden statue at the Academy awards for her supporting role as “Patsy" in “12 Years A Slave." The blue dress draped over her chocolate body was confirmation that her look was officially mainstream. Lupita's Hollywood presence, make-up campaigns and visibility on social media mean a lot to a woman like me. She is a reminder that we are attractive and valid, a message I never thought was possible over a decade ago in the Kenyan countryside. More meaningful is having Africans tell stories, when not too long ago people who looked like us were not acknowledged as legitimate leading ladies.

It feels good to know that Lupita is the first of many influential women of color who will change the public's perception of allure and excellence. Sometimes I ask myself where we learned to hate our appearance as kids at that boarding school, and why it took so long to learn self-love.