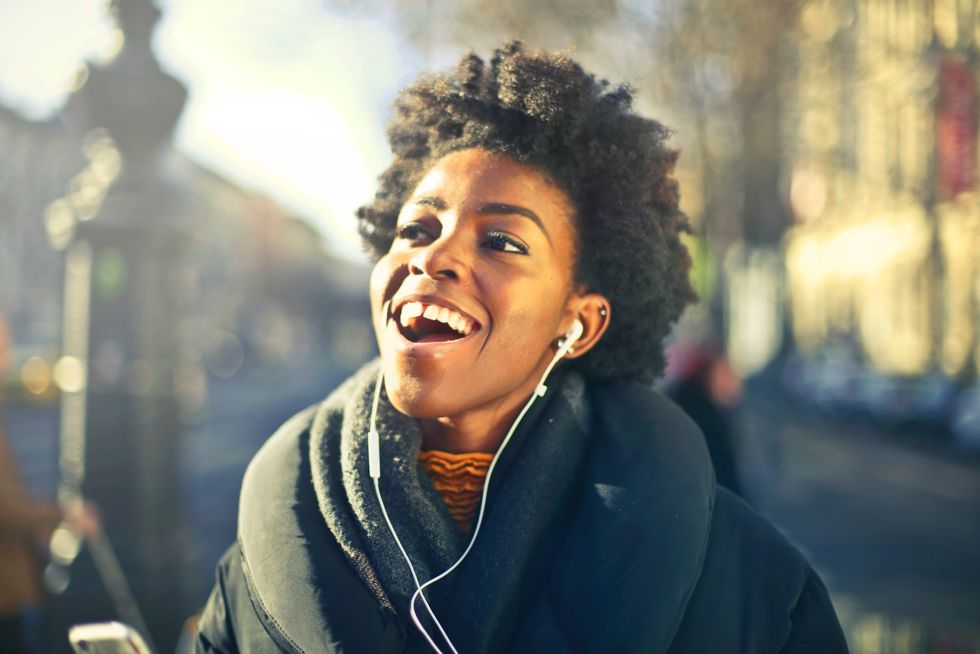 Image by Bruce Mars via Pexels.

We speak with music exec, Tuma Basa about the best ways to find new African music.

The Spotifys, Apple Musics and Tidals of the world have completely transformed the way we find new music. Gone are the olden days when we'd wait for new music to premiere on the radio or 106 & Park. The feeling of sliding in a new CD to a car stereo has been swapped with simply typing in an artist's name on a streaming app. This has major implications for what music ends up landing in front of us.

Tuma Basa, the Director of Urban Music at YouTube, refers to this as the "democratization" of music, in which choice is king and every artist and genre is available at our fingertips. But it also means there's a lot more "fluff" to sift through. It seems mediocre songs get more exposure than ever, making it harder to land on the actual "good stuff."

"There are so many choices now that you just have to be dope, and you have to be honest," says Basa. "Whereas, back in the day people just didn't have choices, maybe there's only one video channel. Maybe there was only one radio station that played your kind of music in your market. Now because of digital, the playing field has been equalized. I don't have to listen to an official thing, I can make it myself."

The Rwandan exec, who grew up between Iowa, DRC and Zimbabwe, has worked in music programming for 21 years. He created one of Spotify's most popular playlists: Rap Caviar, and worked as a curator for MTV Jams. Throughout his career, he's been tasked with remaining on the pulse of what is new and worthwhile while also adapting to the changing tides in music consumption.

We spoke with Basa about how streaming has changed the landscape for African music, how he's kept on top of it all, and asked him to share tips on how to find exciting new music from the continent. Some of his tips include joining WhatsApp groups with fellow music-oriented folks and even inconspicuously "Shazaming" at parties. "You hold your phone down below your waist, you push Shazam, and you look around as if you are normally socializing and nobody sees that you're Shazaming something," says Basa with a laugh.

Read on for more tips from Basa on how to stay ahead of the curve when discovering new African music.

Make use of tools that highlight country-specific trends.

Basa points out an underused feature on YouTube that allows folks to search content trending in each country. Visit YouTube.com/charts and type in any location in the search bar to see what people on the ground in various places are viewing and listening to. He describes the feature as uniquely "accurate" due to YouTube's high amounts of global users.

Visiting the charts section and typing in "Nairobi," "Lagos" or "Kigali" reveals what folks are listening to on the ground, thus offering more "authentic" choices. The results may surprise you too. They are specific to where, searching "Johannesburg" is likely to wield vastly different results than searching "Cape Town." This more localized snapshot can help provide a glimpse at trends from a non-US-centric perspective, unlike what's shared on the Billboard charts, which are often slow to recognize popular music from the continent—as evidenced by the lingering presence of Davido's "Fall" two years after its release. Utilizing more direct tools in order to observe trends on your own is one major way of staying ahead of the curve, says Basa.

According to Basa, the "recommendations" features aren't getting enough play. The common and straightforward feature has the potential to lead you down a (pleasant) rabbit hole of new music that fits your tastes by default. "After you play one or two afrobeats songs, the recommendations is going to pick up and give you something else. So if you play Wizkid, or you play let's say Tiwa Savage, then the next song might be Niniola or Teni," says Basa.

Go on a "subscription binge"

Another way to stay up to date on new releases and discover new artists, is to subscribe directly to several artists that you like. Pick a new artist, and subscribe to their channel. Then go to their page and go to 'related channels,' say Basa. "[From there] I would do a 'subscription binge.' Pick your favorite Nigerian artist, maybe Davido or Yemi Alade, and then binge. Then do the same thing for South African music. Binge all the featured channels and the related channels, then do the same thing with Kenyan music and Tanzanian. This way, you are also getting notifications [from the artist]—you are actively being engaged. This way, you gain these recommendations when they have new stuff so you're on top of it."

As someone whose job it is to be on the top of what's happening in music, Bassa says he surrounds himself with it even on various non-music related platforms. The exec reveals that he is part of a WhatsApp group chat consisting of other music industry insiders who share content with each other on the regular. While we might not all have big-shot music business friends, it is worth checking in with like-minded circles for more human-level music sharing—a major element that's missing if the majority of our findings are based on algorithms.

He even has separate accounts on social media for when he is in "cultural research mode." "I log on to [them] just to keep in touch with what's happening," he says. "It's more exploration, more adventurous and more liberal in terms of how many people I follow."

The reality is that music programmers have done much of the work for us when it comes to curating popular contemporary African music. Streaming services like Spotify have launched entire hubs dedicated to African music and provide "radio" options that cater directly to the discovery of lesser known artists that may have not landed on your radar otherwise.

Bassa also mentions specific Twitter pages like the hip hop accountLyrical Lemonade and OkayAfrica(his words, not ours) as sources for music discovery. "I like going to those pages, and [just] letting the page run its playlists,' he says.

Our current musical landscape means that the continued growth of African music relies heavily on streaming. Lucky for us, support for African sounds means we just have to listen to more of what we like. It goes a long way. "You're not just supporting them with visibility," says Basa. "You're supporting them economically."