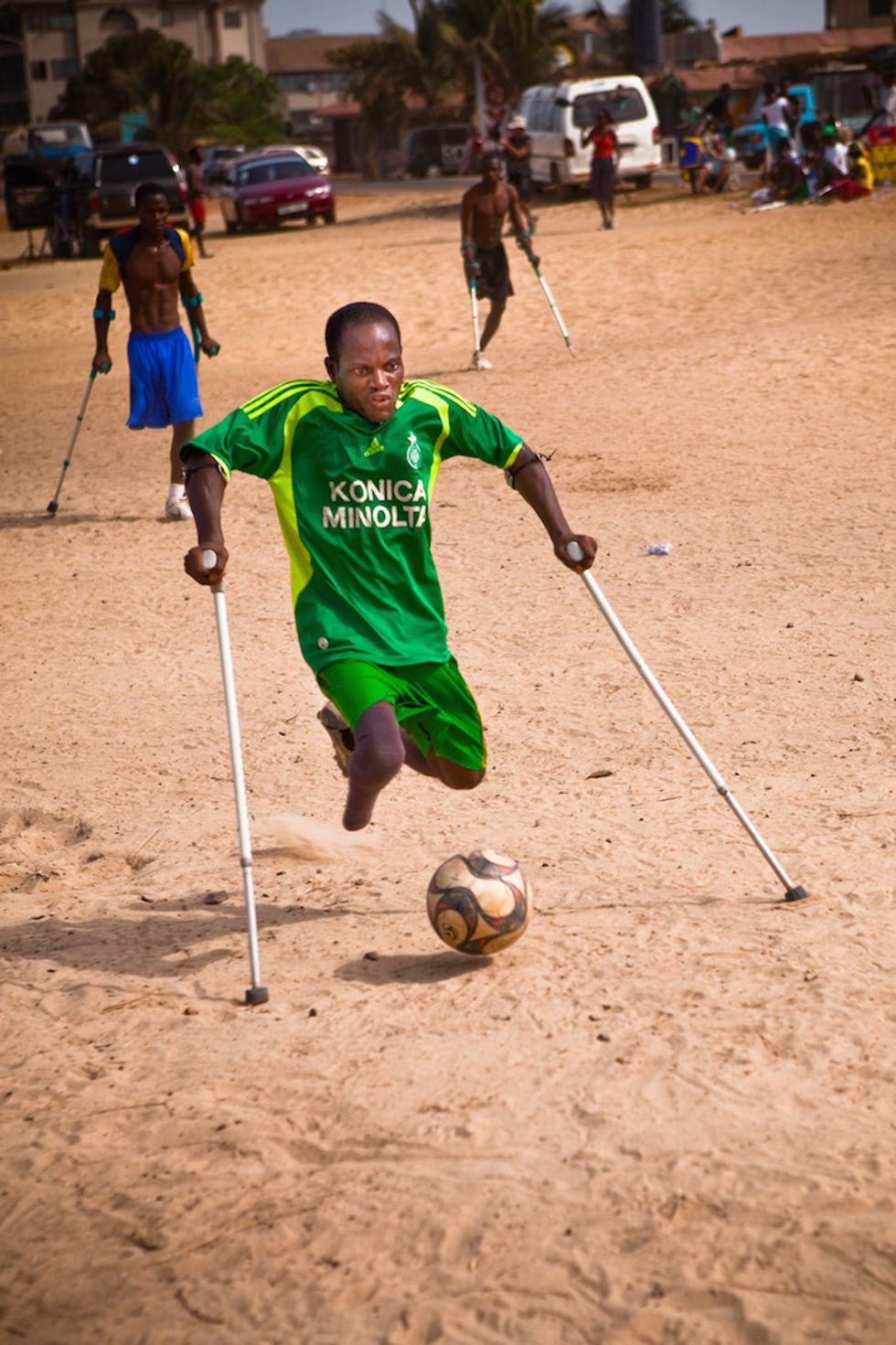 Bornor Kargbo is the captain of The Flying Stars, an amputee soccer team based in Freetown. Like many of his teammates, he lost his leg during Sierra Leone's eleven-year civil war, in which rebels took to amputating limbs as a way to garner fear among citizens.

Kargbo and his Flying Stars are the subject of a 2014 documentary. “When I started training, people would say, ‘Oh, this guy has one leg. How can he play football?’ But I did not listen to anybody,” the soccer player says in the film. Good thing he didn't. Kargbo has gone on to play in three Amputee World Cups in Brazil, Russia and Turkey.

The film is also screening in New York City on Saturday, September 12, as part of the 10th annual Harlem International Film Festival at MIST Harlem, where the filmmakers will be in attendance for a Q&A following the screening. Tickets for this can be purchased here.

Find out more on The Flying Stars by heading to the team's official page. Check out a short teaser for the film below.