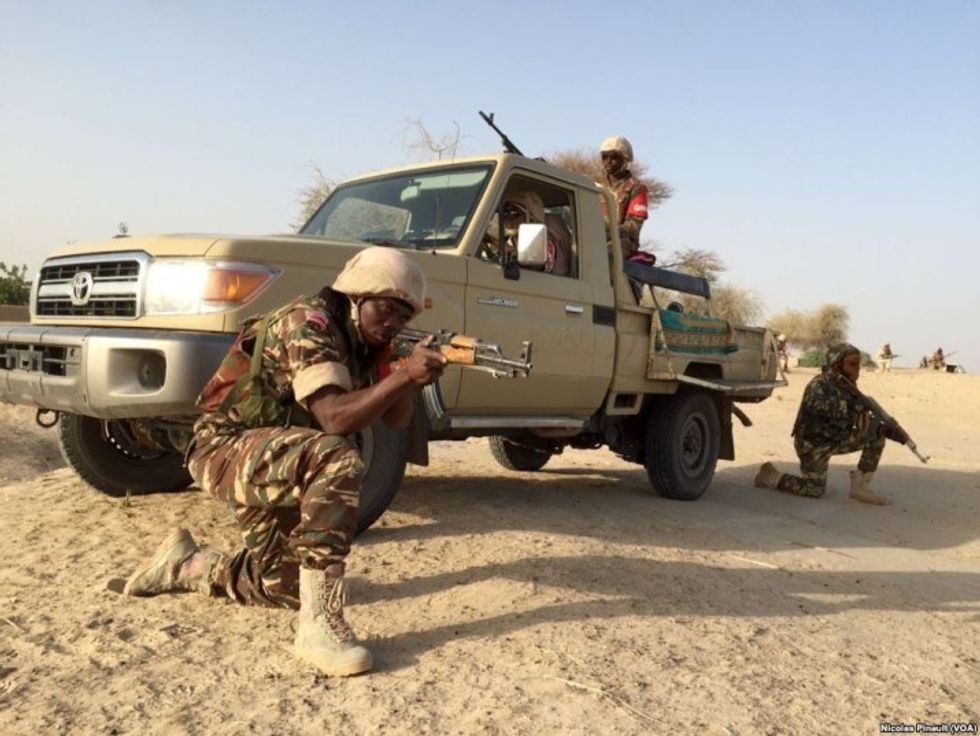 The crude response has garnered a wave of fury from the international community.

The Nigerian army is facing immense backlash for using a video of Donald Trump to justify its killing of several Shia protestors in Abuja earlier this week.

The army open fired on a group of 1000 Islamic Movement of Nigeria (IMN) protestors who had blocked traffic in Nigeria's capital on Monday to demand the release of their leader Ibraheem Zakzak who has been imprisoned since 2015. reports BBC Africa.

In a since deleted tweet, the Nigerian Army shared a video of a recent speech from Donald Trump, in which he touted anti-immigration messages, stating unequivocally that rocks thrown at military personnel at the US border would be considered firearms. ""We're not going to put up with that," Mr. Trump says."They want to throw rocks at our military, our military fights back." You can hear his remarks in the video posted below starting at the 22:13 mark.

The Nigerian army posted the video on its account with a caption that read "Please watch and make your deductions." The country's defense spokesperson John Agim told AFP that the message was sent out in response to Amnesty International's report which lambasted the army's use of firepower against Shia protestors. He once again defended the military's actions, stating "We intervened only because the IMN members are trying to harm our people, they are always meeting us... at security check points and trying to provoke us, they even burned a police vehicle."

"It seems the Nigerian military are deliberately using tactics designed to kill when dealing with IMN gatherings. Many of these shootings clearly amount to extrajudicial executions," said Osai Ojigho Director of Amnesty International Nigeria in a statement.

The incident has garnered a fury of responses towards both the Nigerian military and Trump from Nigerians and international observers alike.

"But Trump says it's OK" is about the worst excuse for any action, let alone the use of deadly force. Nigeria's… https://t.co/aAr0gWctCQ
— Andrew Stroehlein (@Andrew Stroehlein) 1541149280.0

@nytimes Let’s not lose sight of the fact that the Shiite minority is being literally butchered in Nigeria. Where i… https://t.co/6SgnzGhtkm
— Shaan Suleman (@Shaan Suleman) 1541180601.0