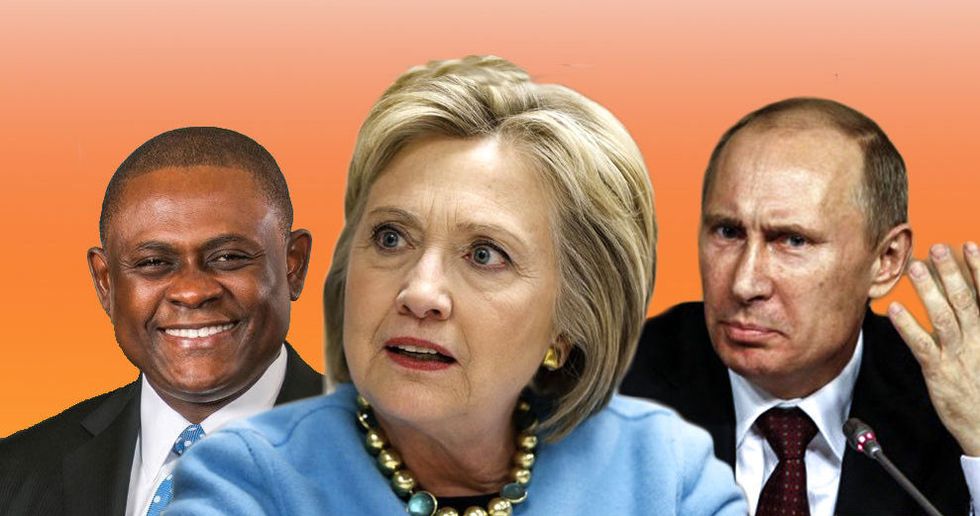 Bennet Omalu demands a toxicology test on Hillary Clinton to prove she has not been poisoned by Russian agents working for Donald Trump.

Nigerian-American physician Bennet Omalu is famous for standing up to the NFL about the real, debilitating impact of head trauma on football players. This lead to Will Smith's unfortunate Nigerian accent in the movie about his life, Concussion.

"Tell the truth!" he commands the hapless NFL officials.

But now it seems Omalu is onto a new and even more terrifying truth—that Hillary Clinton is the victim of P O I S O N. Today Omalu suggested on Twitter that Clinton's recent health issues might be the result of a conspiracy between Donald Trump and Vladimir Putin to steal the American election.

I must advice the Clinton campaign to perform toxicologic analysis of Ms. Clinton's blood. It is possible she is being poisoned.

I do not trust Mr. Putin and Mr. Trump. With those two all things are possible.

It seems even the best of us, including bonafide heroes like Omalu, are prone to judgement lapses on social media. To be fair, this election cycle seems to be having that effect on people of all levels of capability.

And if it turns out to be true, stay tuned for Will Smith's return in Concussion 2: Putin's Curse.