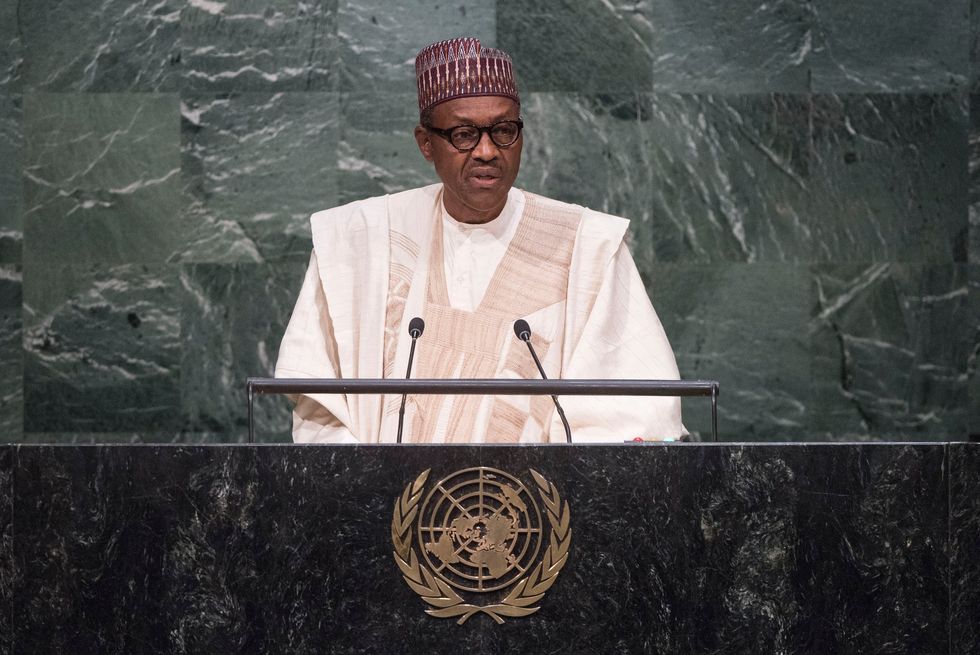 The Nigerian President’s recent comments about his wife Aisha, are as frustrating as they are troubling.

They are frustrating because of how they clash with the reality of changing attitudes towards women across Africa. Within an hour of the BBC posting the footage of President Muhammadu Buhari’s remarks, comments poured in from African men condemning the comments as outdated and unfair.

That African men are expressing such views publicly is a testament to more progressive male attitudes on the continent, where men are unconcerned about being called “moist,” “whipped”, or whatever other insult patriarchy throws at men who decline to disrespect women, and deny them equal social standing.

Angela Merkel is Germany's 001. Theresa May is British PM. Hillary C. is about to be POTUS. But Buhari thinks women belong in the kitchen.
— Chidi Okereke (@Chidi Okereke) 1476455926.0

This is not about Aisha provoking Buhari, this is about Buhari's mentality about the role of women in society.
— Mr Boro (@Mr Boro) 1476457063.0

Social media’s instant backlash in this case serves as a relief—an instant correction to those who would present the Nigerian president’s remarks as typical of “backwards Africa.”

In reality Buhari’s comments are a shade more benign than the kind of violent misogyny Donald Trump has been spewing across American media. Trump is running for President in a large economy—let’s hope this is not indicative of an emerging pattern.

The sexist backlash was prophesied by social media users, following Aisha Buhari’s public questioning of her husband’s time in office.

The inherent everyday sexism in Nigeria will come out tenfold after Aisha Buhari's comments. (Not that it's ever been hidden anyway)
— Ronke Lawal (@Ronke Lawal) 1476445224.0

Women’s empowerment has long existed on the continent and in Buhari’s own Nigeria. Kudirat Abiola, wife of the 1993 jailed president-elect of Nigeria, campaigned fiercely for women’s rights and democracy, until she was assassinated in 1996. Buhari’s comments fly in the face of her work, and the work that continues in the present day.

She Leads Africa is an example of a women’s empowerment organisation which is in step with the advances women across the continent have made regarding education and commercial success. Hosting business networking events in Johannesburg, Lagos and New York, termed “SheHives,” the organisation is showcasing African women entrepreneurs who spend more time in fine dining restaurants than the family kitchen.

Even at a smaller scale, women’s empowerment is becoming less of a patronising buzzword, and more of a lived reality. A local project I worked with in Ghana this summer, providing small business loans and equipment leases to rural and urban women, is actively working toward a future where women can expand their businesses, turn profits and use their returns to invest in their missed opportunities for education. On speaking with some of the recipients at their homes, it seemed their husbands were all too happy to have their wives offered more economic opportunity. Not least in the face of the biting economic reality of living in Ghana in 2016, where incomes of the families I visited are not especially high.

Media on the continent is also changing. Successful web series, An African City, grapples with the conflicts which arise when five successful career women attempt to realise their potential in a patriarchal society. Set and shot in Accra, Ghana, the show takes an enlightening look at the character’s frustrations with trying to navigate the country’s growth in opportunity for young, well-educated women such as themselves, whilst chafing with traditional views on sex, gender and economic status.

President Buhari’s comments are troubling because this kind of sexism, that his official spokesperson dubbed “banter”, often translates into male on female violence. His comments followed his wife’s public probe into his leadership, and it is well documented that traditional masculinity often reacts violently to women questioning its authority. While that is not implied in this situation, Buhari’s public comments in the presence of one of the world’s eminent female leaders, speaks to a fragile masculinity. So injured was his pride, that he couldn’t even think up a diplomatic response with respect to his own wife.

Aisha Buhari, First Lady privilege aside, is a testament to women on the continent who increasingly believe in the power of their own voice. Few women in the past would have so directly and publicly questioned their husband’s political business in the way she did, and for that she deserves the greatest respect. Particularly as a northern Nigerian woman, who are often stereotyped as less socially mobile than their Lagos and Abuja counterparts, Aisha’s confidence to simply question the path Nigeria is on under her husband, was a small triumph not lost on the Twittersphere.

Nigeria regularly tries to show its strength, famously re-adjusting its economic statistics to be announced Africa’s largest economy, days after South Africa was named the continent’s largest economy by GDP. The country’s President has to set a much better example for his nation’s 170 million people. Women on the continent deserve better than his disrespectful, sexist jibes.

Rebecca is a freelance writer based in London, UK. She formerly wrote for two investment magazines, and blogs at https://medium.com/@ra07"